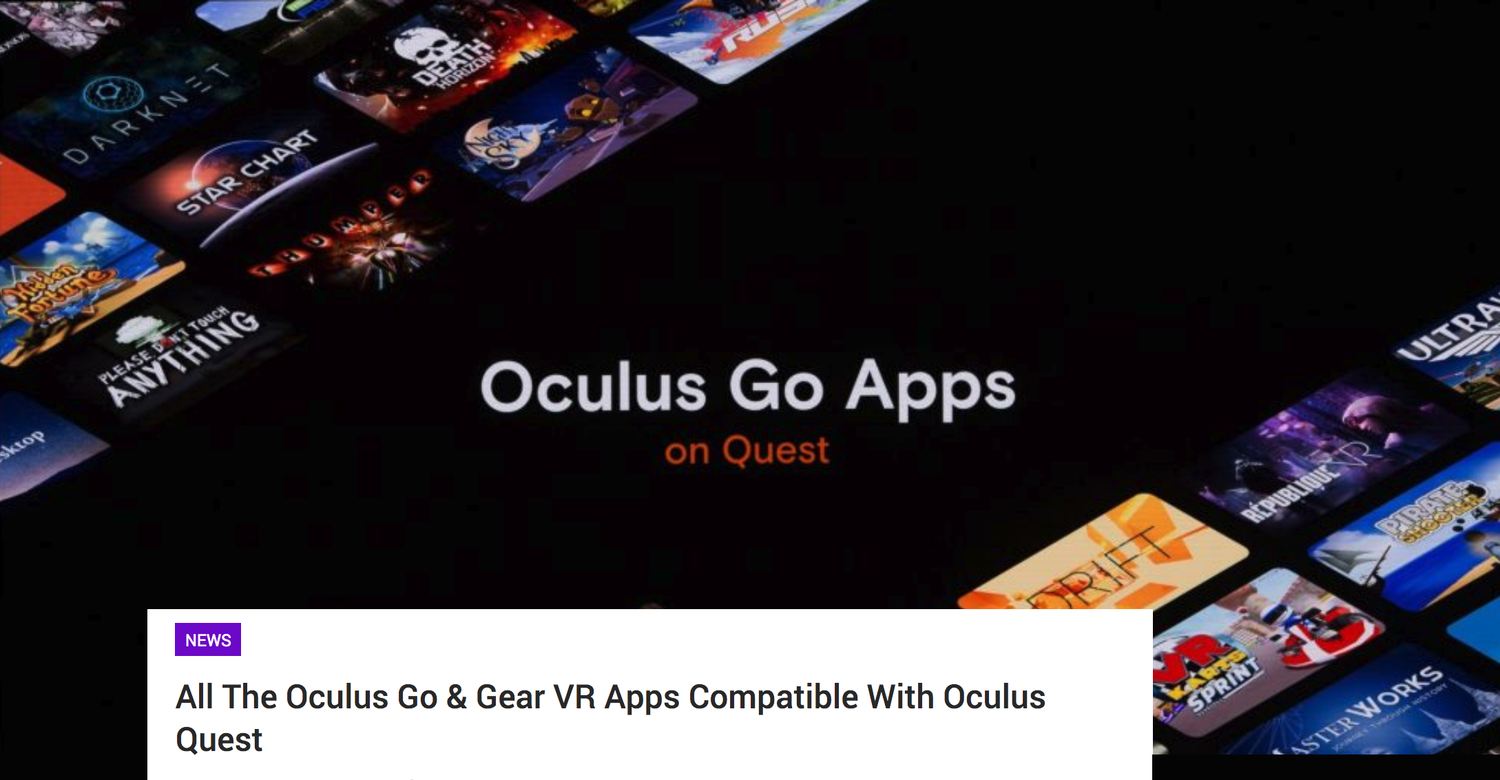 As always Oculus Connect last week was a flurry of information with the sixth event featuring some rather tasty announcements, especially where Oculus Quest was concerned. One of those was the reveal that both Oculus Go and Gear VR videogames and apps would be coming to Quest, over 50 in total. The feature is due to arrive this week said Oculus Technical Program Manager Stephanie Lue on stage, with the first compatible apps now listed.

To start with 66 apps will make their way onto Oculus Quest, with more being added in time. Once the feature goes live all you’ll need to do to access your Oculus Go or Gear VR content is select the Library tab on the bottom toolbar. Then select Go/Gear VR from the device drop-down menu, chose ‘Not-Installed’ and then install the relevant content.

The full rundown of compatible titles is as follows: