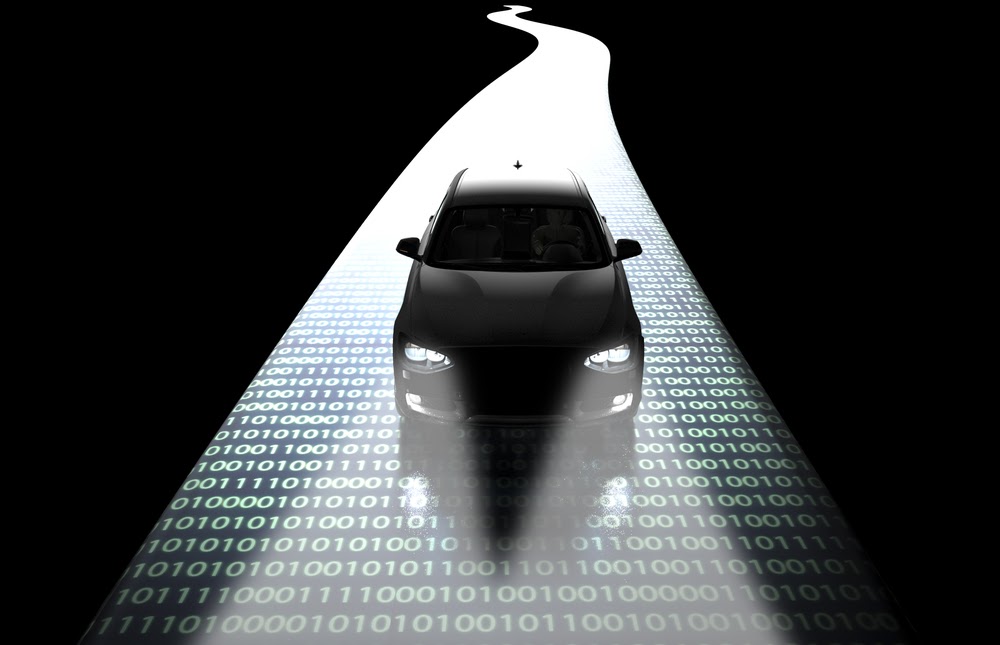 The future of automotive may be a self-driving car. Tesla is in the midst of this project. But tech giants may be getting into the action, too. There has been buzz swirling about the possibility of a smart car from Apple. This project has been discussed in many blogs and articles, including Forbes and Mac Rumors.

But, as of now, there are no precise details, plans, or photos that have been released. However, the lack of fleshed-out details doesn’t keep the internet and tech writers from theorizing about all the possibilities involving Apple taking a juicy bite into the automotive sector.

The Future is Automated

Innovation also is demanded from the automotive sector. For those on the hunt for a new car, updated features may prove to be a selling point. And what was once an upgraded feature—like backup cameras—have over the years become standard technology.

As the consumer’s buying habits and preferences change, products must reflect the buyer’s demands. For the automotive industry, electric power is becoming the new fossil fuel.

Manufacturers have introduced electric models, and buyers may soon completely drive away from models that don’t rely on a plug to power-up. Global warming and other environmental concerns may have influenced this change, but the ever-changing price at the pump also might have pushed—and continue to push—buyers towards electric power.

Beyond electric, though, is the idea of a completely autonomous vehicle. Powered not just by currents and computers but artificial intelligence. A decade ago, the idea of a self-driving car was probably something out of a futuristic sci-fi film. Now it’s becoming a reality.

And perhaps everyone wants in.

When the automotive future is AI, powered by technology, by programs, it would seem like a natural step for tech giants to bump into such a project. Who better to program an autonomous vehicle than those who know the ins and outs of such complicated systems?

Apple isn’t the only player in the tech industry interested in automotive. While, yes, the idea of an Apple car generates buzz, interest, rumors,  Microsoft and Google might be hiding under the hood, too. Microsoft for Startups helps companies who want to make autonomous driving a reality. Microsoft states on its site: “Autonomous vehicles represent a digital transformation that will enable safer roads, efficient cities and a cleaner environment. This technology space is unique, with a complex set of challenges and sophisticated solutions. That is why we have created an exclusive program, specifically designed to empower startups in this space.”

Let’s not forget Google! Investopedia covered Google’s future car endeavor, which began way back in 2009. Per Investopedia, Waymo is a subsidiary of Alphabet (Google’s parent company) that aims “…to make it safe and easy for people and things to get where they’re going. The Waymo Driver can improve the world’s access to mobility while saving thousands of lives now lost to traffic crashes.”

Waymo’s focus on autonomous vehicles is safety, and, perhaps, ultimately the elimination of accidents. With humans behind the wheel, choice may play a role in vehicular accidents. However, with a computer behind the wheel, the idea is that these errors would be a concern of the past.

Interestingly, Investopedia’s article about Waymo delves into the impact of a self-driving vehicle for other industries. As the site points out, a car that eliminates accidents could have serious implications for the insurance industry. However, the site also noted that even the airline industry could take a hit. Drivers don’t have to worry about feeling sleepy during a long drive, because AI’s in control! So it could be more convenient—and cheaper—to skip the flight and rely on that self-driving car!

Amazon also nudged into the automotive sector with its autonomous taxi developed by Zoox (a company that was acquired by Amazon). The taxi was unveiled last month. According to CNBC, the ‘robotaxi’ is being tested in Las Vegas, San Francisco and Foster City, Calif. Competitors include Waymo and Cruise’s Origin (Cruise is a subsidiary of GM).

The Features of a Self-Driving Car?

As self-driving vehicles are still in development, the features are mere speculation. It would be reasonable to expect, however, that vehicles produced by the tech industry—Google, Apple, Amazon and Microsoft—eventually would be compatible with their products. If and when robotaxis become personal vehicles for the public, these vehicles might include unique features specific to each company’s own technology offerings.

An Amazon-designed autonomous vehicle targeted for personal use might include features compatible with Alexa. Or perhaps Alexa is the voice behind the vehicle. The car could feature an Alexa driver who talks to passengers during the drive. And perhaps passengers can make requests for music, restaurant reservations or more.

Apple’s autonomous vehicle would likely want to be compatible with all Apple products…and perhaps even feature Siri. Passengers could plug in their phones or tablets. Maybe car data pops up on the Apple Watch.

The same ideas and concepts hold true for Google and Microsoft, too. As companies fine-tune the idea of autonomous vehicles, the models driving on the road could become incredibly tech savvy. Teleconferences could happen in the car. Avatars could pop into the vehicle. The engineers could release technology for these vehicles that could be absolute game-changers. Autonomous vehicles could become entertainment hubs!

When Will Autonomous Vehicles Hit the Road?

While the possibilities for autonomous vehicles are incredibly exciting, many companies have merely scratched the surface of this technology. All vehicles that are being developed or could be developed will likely have to go through many test runs to ensure safety. Launching a vehicle that drives itself requires the car to be smarter than any human. The car has to be programmed to understand every rule of the road and it has to be able to make movement decisions in split seconds based upon the actions of other vehicles on the road.

Think about the decisions most drivers make during an average commute. Even a short commute! When the stop light turns red, drivers have to brake and stop. Yield signs mean that the driver has to give the right of way to another driver. Turning left on a busy street means understanding the speed of oncoming cars and knowing when it’s safe to make that turn.

Autonomous cars have to understand all these intricacies to eliminate the possibility of any type of accident. For the car to be in control, the computer has to understand every piece of the puzzle. This would include multiple sensors throughout the vehicle. And many other unique features.

So while the space-age concept of autonomous vehicles—and an Apple car!—will likely become a reality in the future, the question is really how far in the future will these cars make their debut. Robotaxis are already being tested, so this could lead to a new type of email services. For drivers looking for a car that does all the work for them, though, the wait may be quite a bit longer.

Augmented Reality and the Smart Car

Writing for Forbes, Tim Bajarin theorized what he felt might be the reality of the much-hyped Apple smart car. Bajarin discussed the role of augmented reality and how, perhaps, Apple may be looking to integrate AR into vehicles and how this might also include the use of smart glasses.

Apple did apply for a patent related to a mixed-reality windshield, so this theory could be accurate. However, it’s also possible that an augmented reality windshield could be one piece of an autonomous vehicle concept.

If other players in the tech sector are eyeing a piece of the autonomous vehicle market, it would make sense that Apple would compete for this market share, too. So could all the buzz around an Apple car simply be linked to AR or mixed reality? It is a possibility. However, Mac Rumors noted that vehicles were spotted testing an autonomous driving software for Apple. Mac Rumors features pictures of the vehicles.

While no one has a picture or exact idea regarding what an autonomous car will look like—for Apple or any of the big players—the ideas are really endless. Right now, autonomous vehicles are designed more for ridesharing type services. However, the future for drivers may be the driverless car. Which company introduces the first self-driving car in the market is perhaps the big race right now.

Will it be Tesla? Amazon? Apple? Microsoft? Or Waymo?  Perhaps the first autonomous car aimed at consumers will be debuted from a major player in the auto industry. What is known is that the idea of an autonomous car is the tech-savvy future of this industry. And clearly everyone wants to take a bite out of this market!