Apple’s Augmented Reality is Getting Better 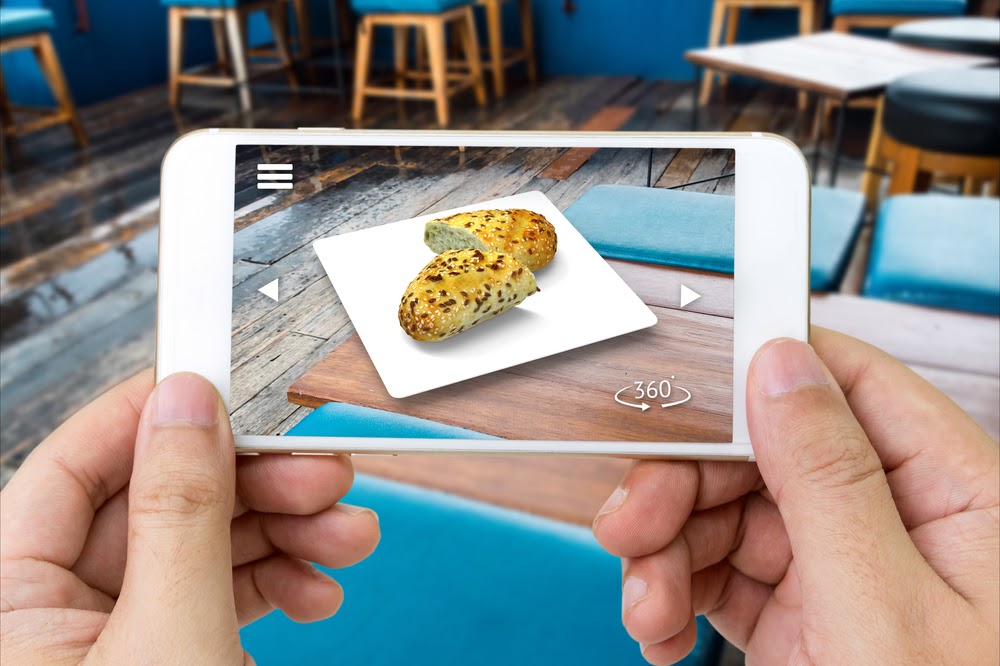 Augmented reality is a type of technology that allows users to superimpose digital elements onto their real world environment. Essentially, it gives users the power to combine the digital world with the real world.

A Brief History of Augmented Reality Technology On the iPhone

The iPhone 8, which was released in 2017, marked Apple’s first steps into the world of augmented reality technology. This smartphone featured built-in cameras, motion sensors, and gyros that were designed to roughly map out spaces by identifying floors, walls, and ceilings within a close range.

Apple recently took another step further into the world of augmented reality by incorporating lidar technology into its iPhone 12 Pro and iPhone 12 Pro Max. Lidar, which is light detection and ranging technology, has been around for quite some time, but this marked the first time it was ever built into an Apple product.

If you look at the back of either one of these phones, you will see the lidar sensor, which is a small black dot located near the camera lenses. This black dot emits infrared lasers that are invisible to the naked eye. The sensor is designed to measure how long it takes these lasers to bounce off of objects and return to the phone.

Lidar technology then uses these measurements to map out the space surrounding the phone. It is capable of mapping out the size of objects in the room and where each of these objects is located at a range of up to five meters.

For example, say you are standing in front of a chair in an otherwise empty room. By measuring how long it takes the infrared lasers to bounce around the room and return to the phone, lidar technology would be able to determine the exact size and positioning of the chair.

How to Experience Augmented Reality With An iPhone

These are some of the many augmented reality apps that are currently available in the Apple App Store.

For years, it has been rumored that Apple was on the verge of releasing an augmented reality or mixed-reality headset. It was reported that the headset would cost nearly $3,000 and feature 8K displays, eye tracking technology, and cameras to enhance the augmented reality/virtual reality experience. However, the company has never publicly commented on these rumors, so there’s no way of knowing the truth.

A number of other companies, including Sony and Facebook, have already released mixed reality headsets. But sales of these headsets have been sluggish, which is why some experts believe that Apple won’t enter the accessories sector of the augmented reality market.

Apple consumers can experience augmented reality using only their iPhones or iPads, which means it’s not necessary for the company to also create augmented reality accessories. However, experts still believe that Apple’s next step will most likely be releasing phone-powered augmented reality/virtual reality headsets or glasses.

Because all of the computation would occur within the phone, the headset or glasses would only need small cameras and sensors to function properly. As a result, the Apple device could be far lighter than other models available on the market today. This would attract many consumers who are turned off by the bulkiness and weight of the current selection of mixed reality accessories.

But this is all just speculation for now since the company is remaining tight-lipped regarding its future plans to release augmented reality accessories.

The Future of Augmented Reality Technology On the iPhone

There are many predictions as to what Apple will do next with augmented reality on iPhones. Some of the most popular predictions include:

There’s no telling what Apple will do next. But one thing is for certain: augmented reality technology will play a major role in the company’s future.

What Challenges Will Apple Face With Augmented Reality?

Even though augmented reality has been around for years, a lot of people still aren’t sure what it is or how it is used. Many people are even completely unaware that they’ve used augmented reality apps before.

For example, hundreds of millions of people around the world downloaded and used the Pokemon Go app at the height of its popularity. But it’s safe to say that many of these active users were not aware that they were using an app powered by augmented reality technology.