The Art of Augmented Reality 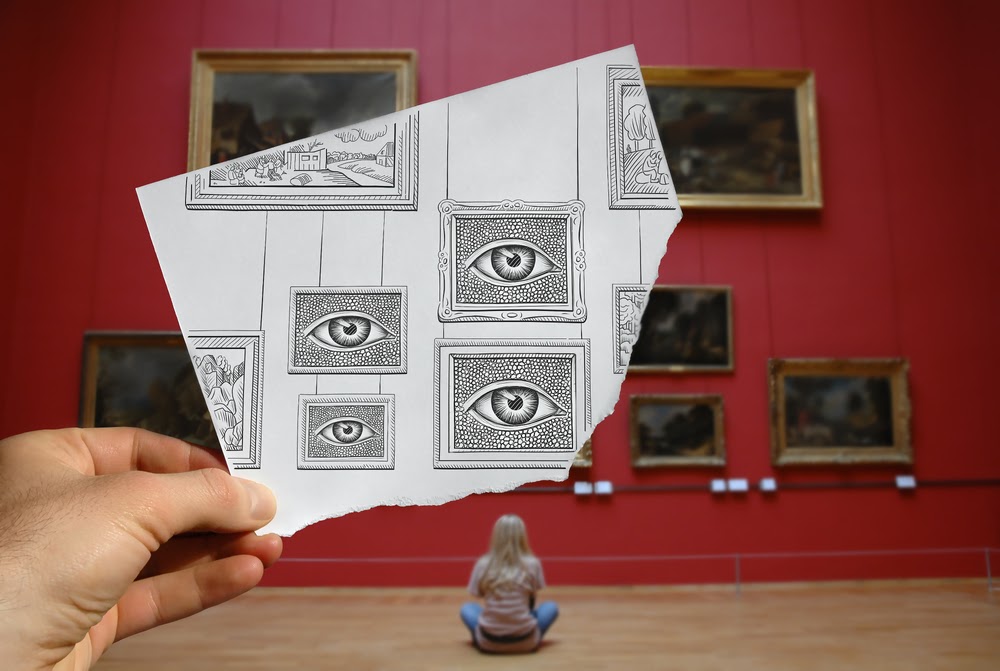 Tech platforms and the evolution of technology reverberate across industries. When the smartphone first hit the market, not everyone could invest in its sleek offerings. Yet, today the smartphone has become the norm, and many industries have created apps or other experiences to satiate the smartphone gusto within society. Now mobile devices like the smartphone have evolved to become a gateway to an augmented reality of the world.

Marketing success requires evolution—digital evolution. And technology has evolved to create alternate realities—both augmented and virtual. Businesses have learned that the art of augmented reality creates heightened user experiences for the consumer. Museums and artists have also realized that the augmented and virtual worlds may be the gateway to unique forms of expression and a conduit to provide greater outreach to the masses.

Covid might have been a game-changer for museums and other cultural institutions. As shelter-in-place mandates affected numerous countries, nonessential businesses likely shut their doors to foot traffic. Museums were not deemed essential. Art galleries and concert venues postponed or cancelled performances or special exhibits.

The tourist industry halted. And those iconic museums and cultural institutions that were once prime destinations sat empty. As businesses struggled to survive in a world without foot traffic, these venues also were left trying to find ways to exist when many across the globe were stuck inside their homes.

Online experiences might have been the ticket to survival. Businesses that could sell online likely pivoted to this platform. While tourists couldn’t travel, they likely still craved unique experiences. Travel, without the travel.

Yet, how could museums hold tours or showcase exhibits without in-person traffic? Museums went virtual! Many included virtual tours online, and some allowed for individuals, groups and families to sign up for personal virtual tours. Cultural venues also might have offered classes online to give bored consumers a unique experience at home.

While virtual reality experiences integrated into online sites, there were still issues that museums faced regarding some exhibits. Not every exhibit could translate easily to a virtual tour, especially exhibits that were highly visual or that relied on technology for the full experience.

Smithsonian Magazine highlighted how a few museums and artists were using augmented reality to allow art to be showcased at home. Jenny Holzer, whose exhibits include LED signs and light-up quotes featured on the sides of vans, made her You Be My Ally project accessible to anyone at home. An app allowed users to place quotes from the project on a wall…or anywhere they wanted to view it.

Cuseum allows individuals to bring famous works of art into their home via augmented reality. Museums that partner with Cuseum include The White House Historical Association, Timken Museum of Art, Kemper Museum of Contemporary Art, Center for Creative Photography, Royal Tyrrell Museum, and the North Carolina Museum of Art.

CNET reported that Smithsonian museums partnered with Verizon to create augmented reality experiences during Covid. To view the augmented reality exhibits and experiences, CNET explains that users just have to click the camera on their phone and scan the code via Verizon’s virtual museum webpage. Users can choose from multiple exhibits; check out a blue crab, extinct animals, view sculptures and more. After scanning the code of the exhibit of choice, on an iPhone the user will be prompted to open up Yahoo!, and then the augmented reality experience begins! The coolest part? Users can drop the exhibit anywhere in their real-world environment. Explore art and other exhibits from anywhere at home.

Augmented and virtual reality might have flourished during Covid, but museums and cultural venues were already integrating this technology long before the pandemic. Back in 2017, Smithsonian Magazine profiled five augmented reality experiences at museums:

“This helps us better understand the reconstruction of the past, the way of life, how people in the past built structures, or the artifacts, how they appeared in this area,” Ramsi Shoocongdej, Associate Professor at Silpakorn University of Thailand, told CGTN.

Technology often bleeds into art, and as the camera allows visual artists to explore and express their creativity in photographs, tech platforms also are an artistic medium. Augmented and virtual reality can serve as surrealistic galleries accessible only through the lens of technology.

Art is digital, virtual and augmented. Museums are exploring these media for allowing artists to draw inspiration and create unique works of art in realms beyond the physical. Design Boom reported that Los Angeles County Museum of Art (LACMA) and Snap, Inc. partnered with a group of artists to “create virtual monuments that reflect on history and representation across the city of L.A.” Currently, the exhibit that is part of LACMA x snapchat: monumental perspectives total five monuments that can be viewed via augmented reality using the Snapchat camera. Those interested in viewing the augmented reality exhibits can check them out at LACMA, Macarthur Park, Earvin ‘Magic’ Johnson Park, and Los Angeles Memorial Coliseum.

LACMA’s augmented reality monuments could lead to other museums and galleries to explore augmented reality or virtual reality as a medium for the creation of art. Could paintings or sculptures soon be displayed in a separate realm? Perhaps virtual galleries infuse into the physical galleries of museums. Blank walls could become superimposed with unique artwork visible via a camera function or an app.

Virtual reality experiences are nothing new, and artists may be exploring them as an art form more and more. Technology provides another mode to create and further express artistic ideas. While exhibits could infuse elements of augmented or virtual reality, they also could exist exclusively within these platforms.

While augmented reality experiences have been utilized by many artists, galleries and museums, virtual reality has provided another doorway through which to access the arts and culture. Not everyone can afford a trip to France or Italy or elsewhere across the globe to visit historic art institutions and landmarks.

Virtual reality has allowed museums and other cultural venues to create tours of exhibits that can be enjoyed from anywhere…even from the couch at home. These virtual tours were likely enjoyed often during shelter-from-home mandates during Covid. Yet, even now, as many parts of the world are reopening, virtual tours continue.

For those on a limited budget, for those individuals who once felt that the world of arts and culture was closed to them, these virtual tours can serve as an all-access pass to works of art that everyone can experience.

Perhaps these virtual and augmented reality experiences serve to equalize the accessibility of experiences that were once enjoyed by the privileged. And through this accessibility, perhaps the power of augmented and virtual reality allows the passion of art to reach a new audience and inspire a new generation of creators.