What is an Augmented Reality Car Dealership? 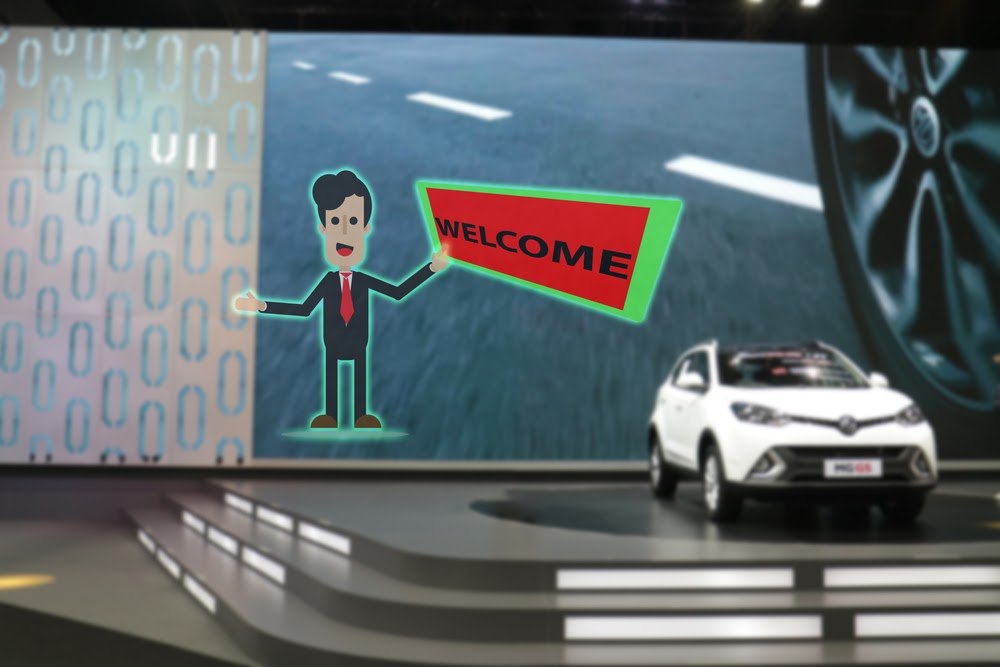 Augmented and virtual reality are gaining popularity, both in the gaming world and for use by businesses to heighten the user experience. According to data from Research and Markets, virtual and augmented reality is projected to reach revenues that will represent a 42.9 percent compound annual growth rate (CAGR) for the period of 2020-2030. These figures represent worldwide revenue.

Covid may have exacerbated the popularity and use of this technology as many businesses jumped online for survival. Even car dealerships began to embrace the augmented and virtual realms. Augmented reality car dealerships are accessible to shoppers online or via apps. However, these augmented experiences and their features may vary in design and in what they offer shoppers.

What are Augmented Reality Car Dealerships?

Auto manufacturers might offer their own augmented or virtual reality showrooms and local dealerships may refer shoppers to these showrooms. For example, Renault (in the United Kingdom) offers a virtual showroom.

And, as often noted, Lamborghini launched an augmented reality experience to showcase its Huracán Spyder AWD. Users could visit Lamborghini’s website with an Apple device and see the new vehicle displayed in their own environment. The Huracán could be dropped anywhere. Users could then walk around the car and check out the interior. The website also included an interactive space to view more data about the vehicle and a video, too.

Some manufacturers use augmented reality for marketing purposes…and entertainment, too. For example, in 2017, Little Black Book reported that Nissan dealerships would feature an app that integrated Star Wars characters. The site explained that at the dealership, shoppers could choose from three vehicles—the Rogue, Maxima, and TITAN. A character from Star Wars would go over the new tech features of these automobiles with the user. This app experience was dubbed “See the Unseen,” as the highlighted vehicle features (like Blind Spot Warning) aren’t necessarily seen by the user…so the character helps to introduce them.

Back in 2018, Daimler introduced the Mercedes cAR app, which allowed customers to use augmented reality to explore vehicles and create their own. The coolest aspect of the app was that users could actually drive the car in their environment. The cAR app amped up the user experience to create not just an augmented reality type of showroom but also added a bit of augmented reality remote control fun. The remote, however, was the user’s phone or other device! The app is, unfortunately, no longer available for download.

Before Covid hit, Porsche launched its own augmented reality app. Back in May 2019, Car and Driver reported that the app Porsche AR Visualiser would allow users to check out a new Porsche at home. The app is still available via the App Store and Google Play. Create a Porsche and drop it in the real world environment. Users can now see how that new Porsche looks in the garage!

The appearance of the vehicle is a scaled representation of the actual vehicle. Augmented reality showcases the car as it would appear in real life. However, the car will be smaller in the augmented form. Even the interior is an exact replica of the real vehicle. This allows users to understand the appearances and features of each vehicle.

Both augmented reality and virtual reality showrooms are designed to provide users (i.e. shoppers) with a remote and virtual replication of the in-store or in-dealership shopping experience. While the car can’t be physically touched, users can peek inside cars and get a visual idea of each vehicle. They can check out the interior design, view the information panel and peer in the backseat.

Some augmented reality apps or experiences let the user create their own car. So, in this case, users can see what their final design will look like in reality. These more detailed and personalized experiences can be helpful to buyers who are looking to envision a more customized vehicle. Even consumers who can’t afford Porsche can download the app and build a model of their dream car. Who knows? That dream could be a reality. The cool part about these augmented reality experiences is that they sometimes allow users to play around with possibilities. This could be more difficult to do in the actual dealership.

Could Augmented Reality Dealerships Appear in the Future?

Imagine shopping for a new vehicle while wearing a pair of augmented reality glasses or a virtual reality headset. Perhaps an avatar of a salesperson appears and shoppers build their cars in a virtual showroom realm or in their own living room. Could that new car be created while standing in the garage?

Social media sites like Snapchat could be the future of augmented reality car shopping, too. In fact, Auto News talked to Shane Dwyer, head of automotive for Snap, Inc., and gained some interesting insight. The site noted that there could be a day in the future where consumers could create their cars via Snapchat in augmented reality. Auto News also cited a Snap study that revealed that a quarter of Snapchat users who participated in the study were “very or somewhat interested” in augmented reality on their phones to do a test drive or research a car.

The possibilities of augmented reality or virtual reality are likely endless. Twenty years ago, the idea of a smartphone would have blown people’s minds. Today, almost everyone owns one or has access to a smart device. Even teens! The concept of an augmented reality car dealership or one that exists in a virtual space might not be so out of reach.

The question, though, is buyers and shoppers. Many buyers like the in-person experience. This could remain an option. Maybe in-person shopping will never really go out of style. But the rise of augmented and virtual reality could point to a greater use of this technology.

For now, however, virtual and augmented reality showrooms provide a unique way for consumers to shop for a new car. The journey for a new vehicle can begin leisurely online. Shoppers can research different makes and models and preview them from the comfort of home using virtual or augmented reality experiences. Some dealerships may allow the shopping experience to be done online, too. During Covid, these experiences could be preferred to limit possible exposure.

Even as Covid and the restrictions associated with the pandemic ease, sites like RelayCars and other virtual and augmented reality showrooms may continue to be popular. Shopping online has become—for some—kind of like wearing comfy sweatpants…a hard habit to break!