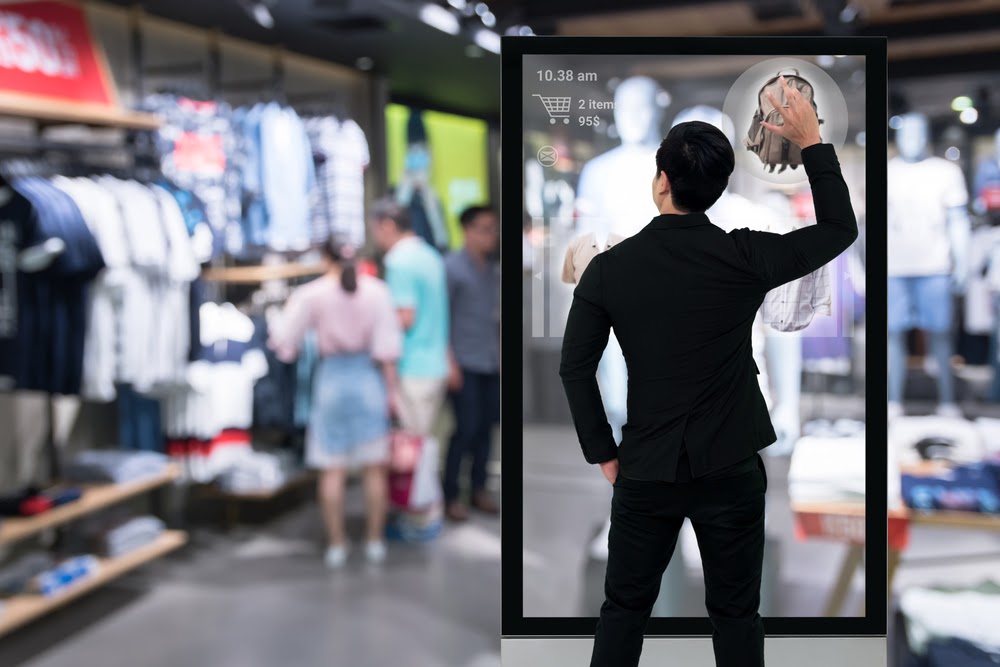 Augmented reality is becoming a big move for businesses who want to reach younger  consumers. An article in Advertising Week reported on the use of this technology to reach Generation Z. The youngest generation is quickly usurping the millennials to take the throne as the most coveted marketing demographics for businesses.

And the portal through which businesses aim to reach Zoomers–as they are so affectionately known—is via the smartphone. Most specifically, through the camera on the smartphone.  It’s that tiny lens on the back of a smartphone that powers augmented reality marketing experiences. And it’s these experiences that may be the key to reaching the heart—and the buying power–of this generation.

McKinsey detailed the characteristics of the typical Zoomer. Those in Generation Z tend to be open-minded, but they are also committed to causes. They listen to other points of view. They want to instill change. And they are very individualistic.

More importantly, though, this generation has always known technology and likely social media, too. The smartphone is part of their social world. And they are proficient in engaging via digital elements. While older generations were once reached via television commercials and radio, Generation Z’s media of choice might just be their handheld device.

Baby Boomers had their hippies and, later, yuppies; they lived the Summer of Love. Generation X had their slackers and valley girls…and, yes, their MTV. Generation Z has influencers via TikTok, YouTube and Instagram.

Augmented reality allows the real world to co-mingle with the digital universe. By overlaying graphic data on top of the real environment, businesses can create a way for customers to try on items or even see products in their home…or garage.

Experiences also can include games that tie into a business. Or just seek to entertain. These immersive experiences also allow the user to explore and dig deeper into a story. Augmented reality marketing is multi-dimensional and can provide numerous possibilities to keep the consumer engaged.

Restaurants and beverage manufacturers have leveraged augmented reality to create games and other experiences for consumers. Pac-Man, polar bears and even The Walking Dead have come to life in the real environment thanks to this technology!

What do pizza and a video game have in common? At one time, teens might have been able to buy a slice of pizza in the mall food court and then head over to the arcade to play some games—including the iconic Pac-Man.

Pizza Hut took the old arcade experience into an augmented reality realm, though, with a marketing campaign that turned a standard cardboard pizza box into a game of pellet-munching Pac-Man. Users could play the classic arcade game with the help of their smartphone. Augmented reality lets players gobble down ghosts while they also munch on their pizza!

During the holiday season, many consumers know that the cute and cuddly Coca-Cola polar bears begin to make an appearance. These bears have been a part of the brand’s advertising for decades. But back in 2019, Coca-Cola’s cans brought the bears to life via augmented reality.

Using a smartphone, consumers just scanned the can to enter the cool world of the Coca-Cola characters. And two scanned cans created a special musical experience featuring the bears!

While Nestle might be synonymous with the Quik chocolate drink, the brand has a host of other products. In conjunction with the animated film Rio, Nestle transformed cereal packaging including Cookie Crisp, Honey Stars and Nesquick into augmented reality video game experiences.

This promotion was actually an early augmented reality foray; it launched in 2011 and was a bit more complicated than simply using the smartphone.

More augmented reality fun with cereal boxes! Reese’s Puffs’ experience was fairly recent and launched this year; Marketing Dive ran a story about the experience in August. According to the story, the actual cereal puffs could be placed on the back of the box to create an immersive musical augmented reality experience.

What’s hotter than flame-broiled Whoppers? Apparently a rival restaurant’s ad is burning via augmented reality! In a creative use of the AR technology, Burger King allowed users to destroy rival restaurant ads in flames…augmented reality flames, of course! The experience was available in Brazil and let users capture ads with their camera to…burn them!

The citrus soda brand from Pepsi let users bring the Walking Dead characters into their world via augmented reality. Packaging World noted that the experience was in correlation with the milestone 100th episode of the series and was accessed via an app called The Walking Dead Encounter.

Augmented reality wine labels have taken augmented reality to an intoxicating new level. Major brands like 19 Crimes, Embrazen, Mutua and others utilize the Living Wine Labels app to create unique experiences that allow their customers to immerse in the brand’s story.

For example, those who enjoy wines by 19 Crimes can explore those who were persecuted for these crimes…and even experience the warden, too. The Embrazen label highlights bold women and their achievements. And Dr. Henry Lindeman gives tips for how to be a Gentleman (the brand’s Gentleman’s Collection).

The app Winerytale is used by hundreds of brands to augment their label. And experiences may differ based on the brand.

Other wineries and brands have launched their own augmented reality app. Consumers looking for these experiences may want to check their bottle!

Many retail augmented reality experiences are designed for consumers to preview products in their home and environment…or even on their face. But some brands have created fully immersive products that also include augmented reality!

The gems from Gem Joy are interactive in different ways; for example, the site notes that the gems can be a pong paddle, a beautiful remote control or even a landing strip for an augmented reality butterfly!

Looking for new shoes? Wanna Kicks is an augmented reality try-on app that is just for shoes! The app showcases upcoming new releases, and the selection could revolve regularly. The new kicks appear right on the user’s feet!

The luxury design house teamed up with Snapchat to provide consumers with a try-on experience for its sneakers. Users could see how luxury looked on their feet. And there was a ‘shop now’ feature, too!

The brand’s Objets Nomades furnishings and design objects line received an augmented reality preview experience. Using their smartphones, users could preview products in their home to envision how the luxury offerings could upgrade their interior features.

Shopping for home furnishings can lead to guesswork for consumers. Will the chair look good in the den? Does that color clash with other hues in the room? Pottery Barn’s augmented reality experience lets users preview furniture and other products in their home.

The paint brand is one of several that offers an augmented reality experience to preview paint hues on any wall in the home. Virtually swipe on colors using a smartphone and stop wondering if that color will be a hit or miss!

Buying a new car is easy when shoppers can visualize that vehicle in their own space, including the garage or driveway. The RelayCars app lets shoppers view cars in 3D for up-close looks at the interior and exterior of the vehicle. Images can be rotated on the screen, and users also can opt for a more immersive augmented reality preview mode. This lets users drop any vehicle from RelayCars’ extensive image library into the real world environment!

Augmented reality marketing experiences have been around for many years, but as Generation Z is becoming the target demographic for advertisers, this tech-centric immersive experience may become even more popular…and pervasive.

When shopping online, do a quick search to see if a favorite brand or store offers an augmented reality experience for previewing products. Not only are these try-on options fun, but they also can take the guesswork out of a purchase and may save consumers the time and hassle of returning a purchase that just wasn’t quite right.