What is an Augmented Reality Projector? 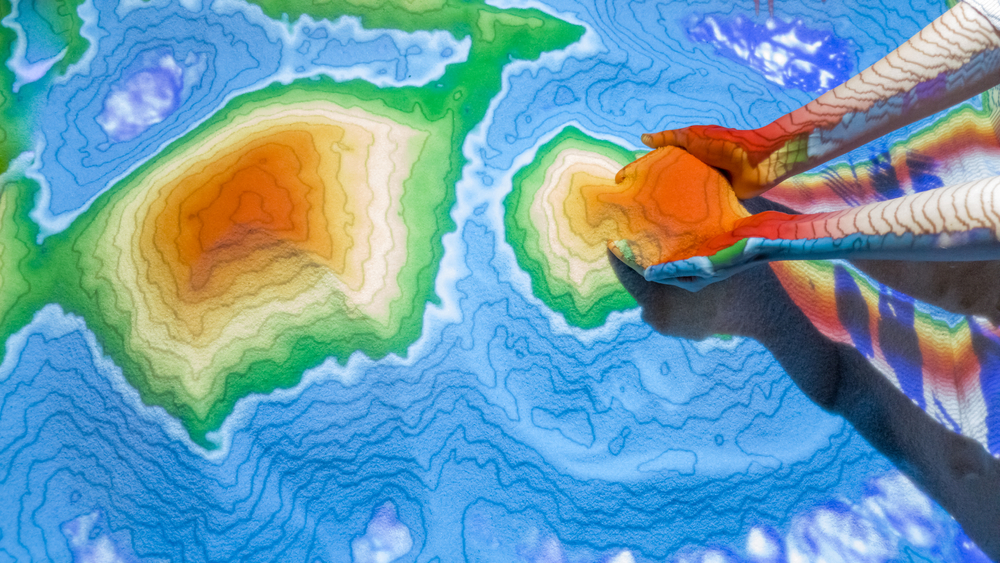 Augmented reality could be the portal that many consumers use to enter the future metaverse. However, in many ways, the metaverse is already a reality. The metaverse might be considered anything that exists in the virtual or augmented reality realm; the graphic depictions aren’t real, but they are a new way to experience products, places and even interact with friends, too.

About the Augmented Reality Projector

Dynamic projections, though, allow the user to interact with the image. The user could somehow touch the image or the image could move.

How Augmented Reality Projections are Changing the Wedding Industry

Don’t worry, the cake is still edible! However, augmented reality wedding cakes add an immersive and artistic element to the standard sweet tradition.

Augmented reality projectors can cast images on wedding cakes to create unique and beautiful designs and animated features. Disney patented this experience in 2012. Those who opt for a Disney wedding experience can enjoy animated wedding cakes with amazing themed projections.

Couples who can augment their wedding reception can use ‘projection mapping’ to create a unique themed ambiance for their reception. This technology can let couples transform their reception venue into a tropical location or even augmented scenes from another country into the space. The site Creative Joy explains that this technology also could be used to project a beloved family member, too.

Anything is possible with augmented reality projections. Couples can create their dream destination wedding without even leaving home!

Christmas light displays could include graphic elements via augmented reality projectors. Individuals who are tech savvy could enjoy creating unique and immersive holiday experiences. The home also could be augmented for Halloween, too!

Currently, though, Lightform’s products are out of stock. Individuals interested in pursuing augmented reality projection technology might need to research options.

The easiest way for consumers to experience augmented reality, though, is simply by using their phone or tablet. The camera on these devices is used by augmented reality apps to capture the real environment; the graphic elements are then dropped into the user’s space.

Players search the real world to find animated Pokémon. They are often found hiding everywhere and anywhere; users need to use caution when playing the game, though. It’s easy to stare at the phone and get caught up searching for the characters. Pay attention to surroundings.

Stores like IKEA and Crate & Barrel let shoppers place furniture in a room to preview it. This can help the consumer better understand if an item will work in their space or even complement their other décor and furnishings.

There also are augmented reality experiences that let consumers preview paint colors. Use the phone or tablet camera to capture the image of a room’s walls, and watch paint colors magically appear. Swipe on different hues to find the best option for the space.

Even cosmetics are augmented now to simplify the search for the perfect shade. Some businesses let consumers access augmented reality experiences that let them swipe on augmented reality lipstick, eyeliner, mascara and more. When shopping for products online, consumers can use this experience to ensure that the product flatters their complexion.

While consumers will enjoy the freedom to experience and experiment with different products, businesses might benefit, too. If consumers can preview an item before purchasing it, they may be less likely to need to return the item. Augmented reality creates an opportunity to fully explore a product before committing to the purchase.

The phone also can project graphics to motivate a workout, too. The app Zombie, Run! shows graphic depictions of zombies. When using the app, the individual has to escape the pursuing zombies. Participants have to complete missions during their workout. Users don’t have to run, though. They can set a walking pace, too.

Those not interested in running from zombies can just use the app AR Runner. The app will show augmented reality graphics that include checkpoints. Runners can race against friends, outrun enemies, etc.

Consumers shopping for a car also can simplify their search by viewing cars in augmented reality. Numerous car brands offer augmented reality showrooms that let consumers view a model in their space.

Using augmented reality to preview a car can let the consumer explore it as they would at the dealership. The vehicle can be dropped anywhere in the user’s environment. The car typically appears to scale, and the user can walk around the vehicle to see it from different angles.

Some augmented reality experiences let the user look inside the car, too, or even change the paint color. Many car buyers shop from home, and augmented reality can provide more insight about a vehicle than standard two-dimensional photos.

RelayCars provides thousands of vehicles that consumers can preview via 3D imagery on the screen or in their environment with augmented reality. Users can explore any model and drop it in a room, the backyard or just garage. They can walk around the vehicle to get a better understanding of the car’s design.

While augmented reality doesn’t allow for physical interactions with a vehicle, users can get an up-close look at their favorite models. For some buyers, this can help them better decide if the car is worth exploring in person.

With sites like RelayCars, shoppers can not only preview different models using augmented reality and 3D graphics, but they also can shop for vehicles, too. Some car buyers don’t want to visit the dealership, and using a site that combines an immersive online inventory with the option to shop online lets buyers explore models at their convenience.

With an online car shopping experience, the buyer can explore from home at any time. They don’t have to spend hours at the dealership, and they can find the best car for their budget by scrolling through their options.

With RelayCars, buying a car can be an immersive experience that transforms the shopping process into an entertaining and enjoyable online adventure.