Where are the Augmented Reality Smart Glasses for Consumers? 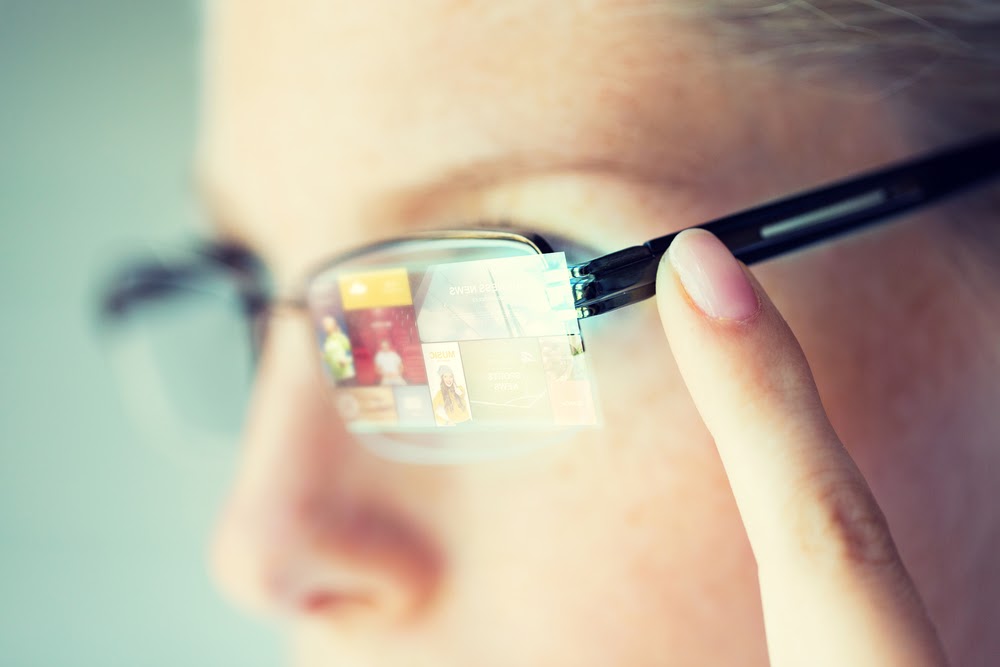 Augmented reality smart glasses have been the high-tech carrot being dangled in front of tech-savvy consumers for so long that it’s seriously difficult to keep track anymore. There has been buzz in major tech media and by tech journalists about these glasses.

Companies like Facebook have expressed their interest in this technology. And everyone who follows Apple news knows that the Apple glasses have been rumbling seemingly forever. Where are the augmented reality smart glasses for consumers!!!???

Want Some Virtual Reality Glasses, Instead?

Consumers could buy something similar, but the glasses everyone is waiting for are glasses that are fun and maybe offer cool features. Yet, no one has dropped these glasses.

So what is a tech-hungry consumer to do? There’s always virtual reality. For those who want to immerse themselves in another realm, there are many virtual reality headsets on the market. These are a bit cumbersome, but they are really cool. Many are used for PC gaming; these headsets take the gaming experience to a new level.

But consumers don’t have to use the headsets for games. There are other experiences, too. Interested in what’s available? Check out Steam and find experiences that are compatible with different headsets.

Could tech companies completely brush over augmented reality and instead launch some virtual reality glasses? Who really knows for sure…but probably not. Companies like Facebook are very interested in augmented reality, and this technology has a lot of unique potential for the consumer market.

Technology is a process. Designers and companies eying a product like augmented reality smart glasses likely want to get the product as close to perfect as possible. The last thing any major company wants is to drop a product that’s flawed, glitched or, even worse, has safety issues.

Tech giants are going to iron out any known issues before dropping anything. And these glasses can’t be designed and programmed overnight. Capabilities of the glasses also could cause delays. Maybe the capabilities are still evolving. No one really knows.

While there is buzz on these glasses, until a pair is actually announced, it’s all just talk…and speculation.

Are There Any Smart Glasses on the Market?

Wareable News reports that those who are interested in the latest smart glasses can check out Ray-Ban Stories (a Facebook product); this was the much-hyped collaboration between Facebook and Ray-Ban. The initial tease of the product didn’t give much info about how the glasses would look and what they might feature.

Now the much-awaited glasses are officially for sale via Ray-Ban. They come in three frame styles: Round, Wayfarer and Meteor. These glasses are priced just under $300 and let users take video or pictures, listen to music, take calls and even share via social media. They can include prescription lenses for those who need/want that option.

Amazon also offers its own smart glasses, and these can interact with Alexa. Users can even control their smart-powered home with the glasses. As for the price, the frames cost $249. They also can be customized with prescription lenses.

Snapchat’s parent company, Snap, launched the Snap Spectacles glasses. While these can include augmented reality features, they are not augmented reality glasses. In addition, the Spectacles aren’t available for the average consumer. Only top creators can purchase these cool glasses, and they can be used to help enhance social media content.

Will Facebook or Apple Launch the AR Smart Glasses First?

When Facebook officially launched its smart glasses with Ray-Ban, Reuters mentioned in an article about the launch that Facebook noted in the previous year that full augmented reality glasses were about five years to a decade away.

Do consumers really have that long to wait for cool augmented reality glasses? Maybe or maybe not. If the individual has money to spend, the Vuzix Blade Upgraded could be an augmented reality in eyeglass form.

While many consumers are waiting for slick, sleek and chic new glasses from Apple and Facebook, Vuzix does have a pair for purchase. However, these glasses might not be the designer-looking frames some consumers crave.

While the style is a little modern and perhaps even space-age, the glasses feature very cool augmented reality capabilities. They also include voice control, speakers and an upgraded 8-megapixel camera. Wareable News explains that Zoom and even Netflix can be enjoyed via these glasses, and users also can stream music and even play games.

However, the Vuzix Blade Upgraded is an investment at $799.99.

While not every consumer can afford the Vuzix Blade and as many wait patiently—or impatiently!—for Facebook, Apple, Google or one of the other major tech giants to unveil cool new augmented reality smart glasses, there are other ways to explore and enjoy augmented reality.

The results will be plentiful. And many of these apps are free! However, some may offer in-app purchases, but this is more of a concern for those with children. Phones typically offer a way to turn off or disable in-app purchases.

Apps also include cool augmented reality experiences that let users explore their world. These apps are great for kids and adults alike. For example, Seek by iNature lets users capture a plant, animal or bug using their camera screen to find out the species and more details. This is a great app to use on hikes or exploring new areas. It might even help spot plants to avoid like Poison Ivy.

Augmented reality technology also can be found throughout our daily habits. For example, many modern vehicle models include augmented reality in navigation systems. Check out the backup camera; it typically shows the rear view of the car with graphic grid lines that detail the turning radius. Those lines are augmented reality!

GPS systems also use augmented reality. And newer luxury cars offer heads-up displays that show drive data in front of the driver. These displays show arrow prompts for upcoming turns, speed, upcoming hazards (like pointing out a bicyclist) and more.

Sites like RelayCars even let consumers use augmented reality to preview cars. Select a model from the online inventory and drop the vehicle into the real environment. Consumers can view the car anywhere, including the driveway or garage. Using the phone they can walk around that car model and explore other details, too.

So will those augmented reality smart glasses drop anytime in the near future? That depends on the company! No one knows what tech company will unveil these glasses for consumers first or when. The price also is a big question mark.

If Facebook’s smart glasses with Ray-Ban cost almost $300, glasses that integrate augmented reality might be much more of an investment. But, again, this is only a best guess.

Facebook might take five years or even almost a decade before they unveil a consumer-focused augmented reality pair of glasses. The company is very focused on this technology, but, again, so are other tech companies (including Apple).

For now, though, consumers who have the means to invest a bit more money can try out Vuzix Blade Upgraded. But even those without a bigger budget can experience augmented reality. Even as many consumers wait for new glasses, this technology is still available at our fingertips. Search for free augmented reality apps and games via the App Store and Google Play. And explore all the different and unique iterations of augmented reality…for a nominal price (and, often…free!).