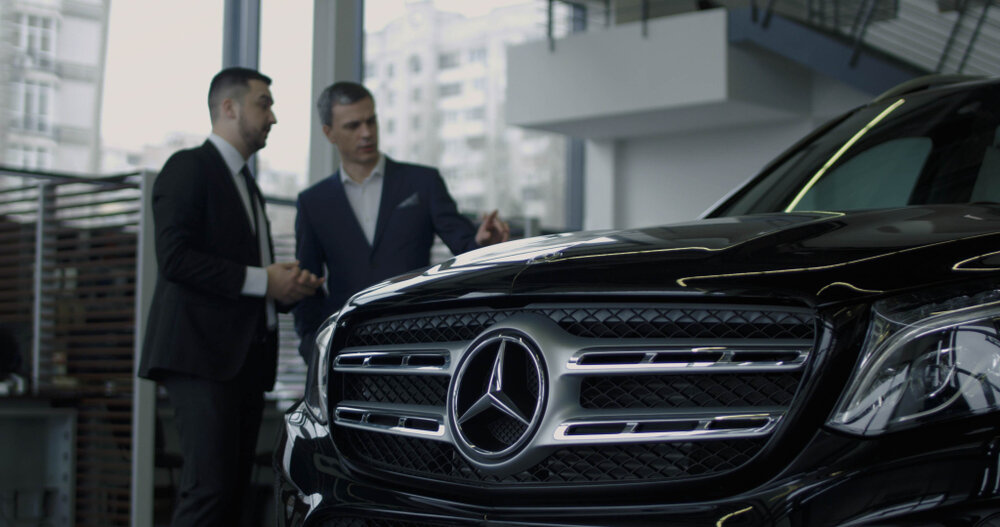 The automotive industry has already been experimenting with augmented reality (AR) in many different sectors.

This is especially true in the sales field as a tool to use at dealerships such as virtual showrooms to help customers explore different vehicles and features including optional extras.

Mercedes-Benz has introduced this innovative technology into their dealerships in another way other than showrooms. The luxury automaker is changing the auto repair process by using augmented reality to fix cars. They have begun equipping their dealerships in the US with Microsoft HoloLens 2.

Using this enhanced technology, technicians at Mercedes-Benz are now able to use augmented reality to fix cars at a faster service speed and in a safer way.

Through the HoloLens 2 technology, Mercedes-Benz technicians can simply put on the AR headset which is powered by Dynamics 365 Remote Assist tech and see remote assistance in real-time from specialists all over the world including engineers at the Mercedes-Benz headquarters in Germany.

Mercedes hopes that the mass distribution of augmented reality to fix cars will help make the process of vehicle repairs easier and safer as technicians are able to receive guided support from experts in real-time.

The process of repair will also become more streamlined and quicker for Mercedes-Benz auto technicians. Mercedes-Benz has a very specialized repair process that can often take a long time for some repairs.

When a vehicle in the United States needs to be repaired, the first step the car owner will take is to bring it to a dealership for repair. Usually the technicians are able to easily make repairs, but if the vehicle has a complex issue or the technician is not able to figure out the issue, they will contact a company specialist in Florida.

The remote specialist will then have to diagnose the issue over the phone or via email with the local technicians. However, if they can not resolve the issue, they would need to send a field expert to travel to the dealership and fix the vehicle in person.

This will all change thanks to HoloLens and augmented reality technology.

With HoloLens, the field specialists, engineers, and experts are able to diagnose problems more accurately. They are able to actually see that the dealership technicians are actually seeing and in real-time.

While HoloLens will surely help cut the costs of repairs and labor, the technology itself is not cheap. Mercedes-Benz is making a big investment by equipping hundreds of dealerships with the technology as the headset alone costs about $3,500 plus the cost of the Microsoft software, Dynamic 365 Remote Assist, being used to implement the tools.

The implementation of augmented reality to fix cars is not a first for Mercedes-Benz.

The company had originally utilized HoloLens headsets to train mechanics using 3D models of vehicles and parts. The success of using it as a training tool led to it actually being implemented in dealerships for actual auto repairs.

Mercedes-Benz is not the only major automaker turning to the innovative technology of augmented reality to fix cars.

Using augmented reality in the process to repair cars, is a big investment for these automakers.

However, it seems to be an investment that many of them are finding to be worth it. It is not just luxury automakers that are getting into augmented reality tools either.

Companies like Ford and Toyota are also providing their dealerships with the technology to help technicians improve their repair process.

Technicians will be able to contact a specialist from Porsche’s headquarters in Atlanta. Through the augmented reality called Tech Look Live, Porsche’s repair technicians and specialists can work together on a vehicle in real-time and remotely.

Technicians will be able to directly contact and work with specialists from the BMW North America headquarters to repair vehicles remotely.

Just like HoloLens, these smart glasses also allow for overlaying and projecting instructions and information directly in the technician’s field of vision, so they can easily see their next steps for repair.

Using AR for auto repair will likely be the new standard as more and more dealerships take on the technology as it appears to streamline the repair process and increase safety for workers.

The push for augmented reality also comes as COVID regulations across all industries demand more out of remote working.

However, with such success in the field, the practice of using augmented reality tools to help with car repairs will likely stay and continue to be utilized by major automaker dealerships.

Augmented reality in the automotive industry

Augmented reality has been utilized within the automotive industry for years, but is now reaching a new level of innovation when it comes to commercial vehicles.

Originally heavily used for military vehicles, augmented reality is helping to make every part of the auto industry much more convenient, engaging and safer for consumers of commercial vehicles.

The auto industry might not be the first thing you think of when it comes to augmented reality.

However, the industry has been at the forefront of incorporating this technology into every sector of their market.

From design and production to the sales floor, augmented reality has found a home with automakers.

Using augmented reality technology like smart glasses, they are able to overlay designs over previous models and make instant changes and modifications.

This has helped to streamline the design and production process as previously designers would need to send their designs to engineers for approval and review then wait for feedback.

Through augmented reality designers and engineers can work in real-time and remotely to develop projects together.

The most common way augmented reality is being utilized is at dealerships where virtual showrooms are the new norm.

Virtual showrooms allow for potential buyers to see a dealership’s inventory and their buying options before even going into a dealership.

Through high quality photos and augmented reality technology companies like RelayCars help potential buyers shop for cars conveniently from their own home.

Potential buyers can also use these virtual showrooms to apply the different features and add-ons to their vehicle to see how they will look in real-life and also get a price estimate.

Even within the cars themselves, augmented reality is changing and updating what it feels like to drive.

The next step for augmented reality for vehicles seems to be headed towards creating intricate and immersive heads-up displays (HUD) in commercial vehicles.

Today, HUDs implemented with augmented reality are quite simplified. They display similar information as a dashboard such as a speedometer, gas levels, and turn signals.

However, advancements in augmented reality technology is pushing to bring more tools to heads-up displays.

For example, navigation would actually curve arrows in the same way the street curves. The newest models of these advanced heads-up displays are also including more safety features such as obstruction detections and blind-spot alerts.

Augmented reality to fix cars is the latest innovation for commercial vehicles and is likely the beginning of a widening trend to incorporate more advanced and engaging technology to the auto industry.

Major automakers like Mercedes-Benz and AI startups like RelayCars are leading the industry into making augmented reality an important tool in every aspect of commercial vehicles.