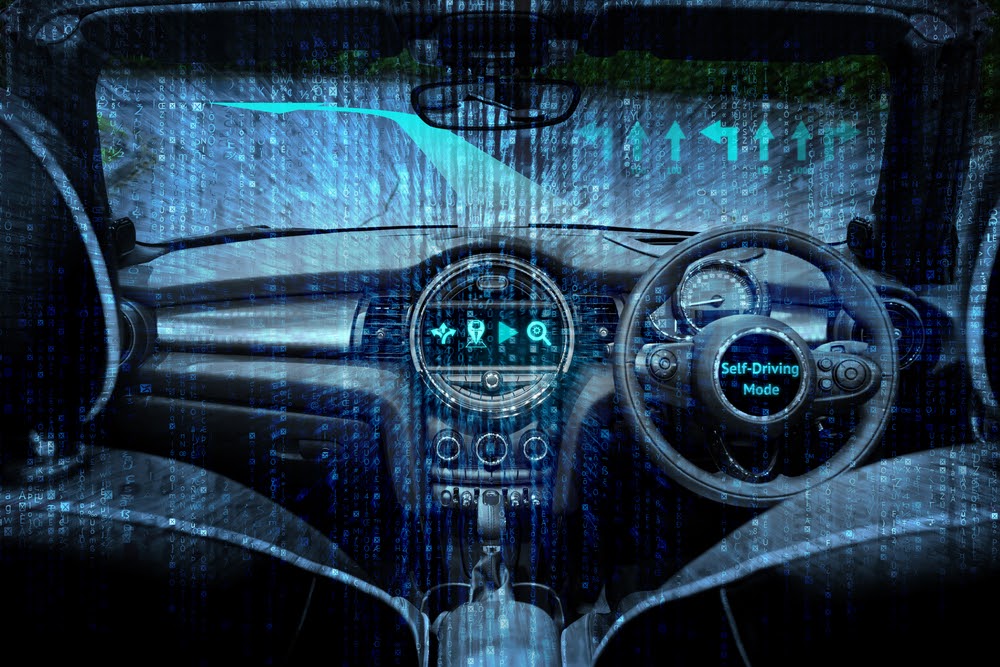 Thinking about the technology of the future may leave consumers wondering if we’ll all be driving flying cars. Or if AI will be in the driver’s seat. Augmented and virtual reality are integrating into our devices and our cars, too. Those back-up cameras that make reversing out of tight spaces easier utilize grid line overlays are an example of augmented reality.

Augmented reality already is a staple in many new vehicles. Currently, many models come standard with backup cameras. These handy cameras may reduce fender bender accidents, and, at the very least, make backing up much simpler (especially when parallel parking!). Backup cameras weren’t always considered standard, though.

For many makes and models more expansive safety camera systems are an upgrade. This may include front cameras or cameras that show the entire view of the vehicle. However, additional cameras that feature augmented reality grid lines (like the backup cameras) could one day become standard.

Since cameras could reduce some accidents like fender benders, maybe, in the future, research shows that cars are safer when equipped with all-over intelligence.

Today’s drivers may rely on GPS devices either on their phone or via a different portable GPS device. Many GPS navigation systems include graphic overlays on top of the real environment.

Could future vehicles include a built-in GPS navigation system? The self-driving car may need to utilize this, as the AI driver might require a programmed destination. While using apps via phones is simple enough, as many new models allow for phones to plug into the entertainment system, having a full map system in the car would be pretty cool!

The vehicles of the future could allow teleconferencing…from the car! This could be an interesting feature in a self-driving vehicle. If the driver became the passenger, then the car could be another work or entertainment space.

Self-driving cars are still in development, so who knows what augmented reality details they could feature!

Nissan’s Invisible-to-Visible technology which is currently in development also could be an exciting prelude to augmented reality in automotive. This technology would allow the driver to wear goggles and visualize companion avatars in the vehicle (companions would need virtual reality goggles to join). In addition, the technology would show the driver obstacles ahead that may affect driving and can even find parking spots. Via the Tourism Scenario, the driver also could request a tour guide to provide recommendations about a destination.

Invisible-to-Visible also could project beautiful skies on windows during dreary days! This could enhance the driving experience for weary drivers during long trips.

Car and Driver reported that Panasonic’s augmented reality heads-up display may debut in cars around 2024. The display can show drivers obstacles, enhance the lane lines, provide guidance on merging and alert drivers about dangers (like a car pulling in front). It also provides directions and alerts drivers when they arrive at their destination. So the idea of having in-car GPS…it will likely be a reality thanks to an advanced heads-up display.

Lamborghini used an augmented reality experience to debut its Huracán EVO RWD Spyder. The experience is compatible with Apple devices. Users can drop the car in their environment, walk around the vehicle and explore inside.

Lamborghini wasn’t the first manufacturer to use augmented reality for marketing purposes, however. “Porsche Augmented Reality Visualizer App” can be downloaded via Google Play (for Android) or the App Store (for Apple). Users can design their own vehicle and place it in their real-world environment. The Visualizer app debuted in 2019.

Ferrari uses The Ferrari AR app in the showroom to simplify and amplify the user experience while shopping. The app lets users look into the internal structure of the vehicle. Users also can change the paint colors and other features.

RelayCars offers an augmented reality vehicle showroom for around two dozen vehicle models. Users can drop the vehicles into their environment, and even see if the new car can squeeze into the garage. The app also lets users see inside the vehicles for an up-close peak at special features. Those on the hunt for a new vehicle can use RelayCar’s augmented reality vehicle showroom, and dealers also could recommend the site to those who can’t visit the dealership showroom in person.

The Future of Augmented Reality

So what does the future hold for augmented reality vehicles? We can only assume that the augmented reality windshield may become a reality. This could mean that the driver interacts with the windshield—kind of like a heads-up display—or perhaps this could be a feature for self-driving cars.

As many tech giants are jumping into the smart vehicle playground, the internal technology of these cars of the future could be incredibly cool. Imagine sitting in the car and engaging in a face-to-face business meeting…with the boss’ hologram!

Perhaps digital assistants take on a visual appearance. Maybe their services become more personal; their voice becomes tied to an actual presence. Perhaps every car manufacturer programs the self-driving vehicle with a personal driver and the user can design the hologram.

Augmented reality features might not be the future for all drivers just yet. It took years for backup cameras to become standard. Many of these new tech features could be upgrades but become standard. Self-driving cars also could be too expensive for the average consumer when they debut.

Still, the smartphone was once considered an upgraded luxury. Flip phones used to be the standard. Now nearly all teens have a smartphone. As technology advances, its older iterations may be much more affordable.

When considering the future of a self-driving car equipped with advanced augmented reality features, though, we may be many years away from every driver or car owner having access to a self driving vehicle. When AI takes over the driver’s seat completely, driver’s licenses could be obsolete. In addition, our highway system could see changes too. Could traffic lights speak to our cars in the future? Maybe road signs communicate, too. And all this information appears via an augmented reality windshield.

Back to the Present

For now, in the present, our vehicles have the very beginnings of an augmented reality. Those who are buying new models may enjoy the standard backup cameras with graphic overlays. To find the way to a new city, the smartphone may display GPS information on the car’s information screen, offering directions via augmented reality.

When consumers shop for a car during the pandemic, augmented reality vehicles in cyberspace may take the place of physical dealerships in a brick and mortar dealership. Sites like RelayCars may be the access to a new type of virtual shopping experience.

Consumers can shop at their leisure by previewing cars in augmented reality and using these experiences to better understand the cars that are the best fit for their lifestyle (and budget). Instead of visiting dealerships with only a vague idea of what car they might like, consumers can have a well defined list with narrowed down preferences. This can simplify the user experience and keep in-person visits to a minimum (especially as the pandemic may continue to pose restrictions on capacity).

Consumers also may be exposed to more augmented reality marketing experiences that provide them with a unique introduction to new makes and models from major automotive manufacturers. Being part of a virtual debut also could get consumers more excited about a future purpose and preview the models of the future.