How the Automotive Sector is Linked to Video Games 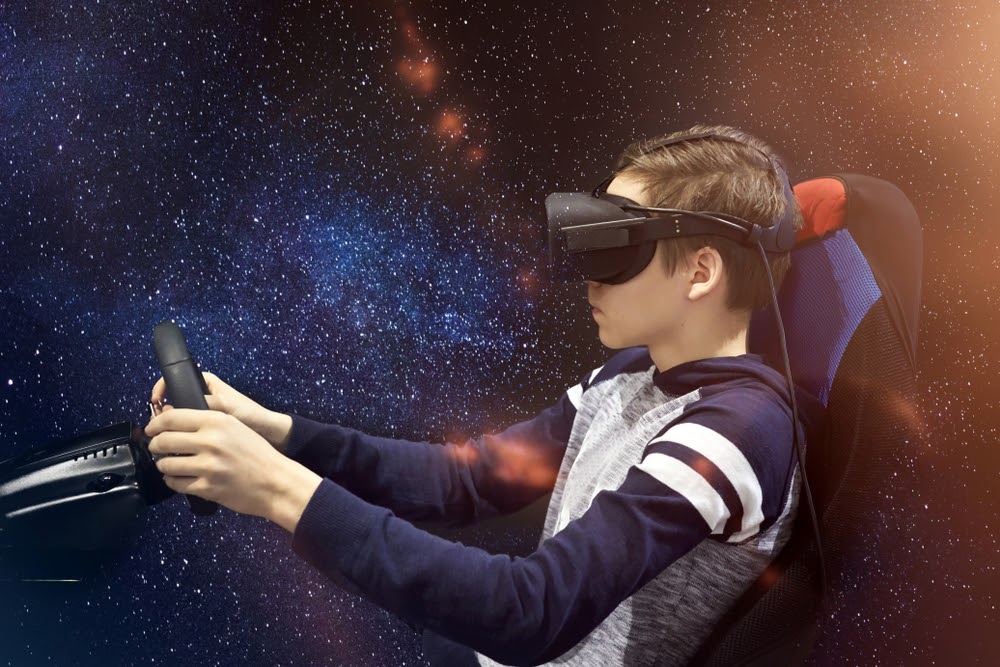 Need for Speed, Gran Turismo and Forza are all popular video games that pit players against each other in virtual races. Their commonality, however, drives their influence. These games are beyond just fun race competition. All three include branded vehicles from the major automotive manufacturers, making the games important marketing vehicles for the brands…while also keeping players captivated.

Not all racing games or video games influenced by the world of auto feature big names like Alfa Romeo, Ford, Acura, Aston Martin, Audi , BMW, Chevrolet, and Ferrari (and many more). And those that don’t have the rights to recreate these cars and their iconic emblems have to get a little creative in building their virtual vehicles.

While seeing and racing iconic car models may drive interest in those brands, there are a few modern vehicles that seem almost like something out of a video game. And many new vehicles use technology that is often found in video games. Automotive manufacturers use virtual reality for car design and augmented reality to aid technicians in making repairs.

How else do games and real life mirror automotive? Here are features, designs and implementations found in both the automotive sector and video games.

Gran Turismo Sport can use virtual reality in game play via “Arcade mode.”  This takes the race to an immersive experience. Players can pick their cars and choose from nearly 30 different tracks. While donning a headset to enter the virtual realm is linked to game play, this technology also has become integral in automotive design.

Ford used virtual reality during Covid lockdowns to keep the design and development rolling even while execs were working from home. Virtual reality technology allowed them to review the car’s design as a team. Using laser pointers, team members could highlight features of the car during meetings.

Industry Week reported in 2017 that General Motors, like Ford, also used virtual reality for design purposes. The technology “…played a key role in redesigning the Chevy Traverse, one of GM’s most popular and profitable family-haulers….”

Virtual reality also was used—often without headsets—as a way to help consumers shop for new cars in the digital space. When dealerships might have been forced to close their doors during the pandemic, virtual showrooms displayed the available inventory. Dealerships that didn’t launch their own virtual showrooms could direct shoppers to RelayCars, which offered virtual experiences for numerous makes/models. Those on the hunt for a new car could see inside the vehicles and even change paint hues and other features.

The automotive industry also channeled the video game world when BMW launched its virtual test drive on Mars back in 2017. The BMW X3 could take on the terrain of the Red Planet, and consumers could step into the driver’s seat to control the navigation of the virtual trip to Mars. Only in the virtual space could humans explore Mars without a supply of oxygen from behind the seat of a new BMW!

Nissan, on the other hand, is developing virtual reality with virtual companionship. With its Invisible-to-Visible technology, Nissan would allow for avatars of virtual passengers to enter the car. This would require the use of special goggles, however. These companions could be family members or friends and could help drivers feel less lonely during long car trips. I2V also could allow for driving professionals to virtually take a passenger seat and provide instruction. The I2V is still in the works, but the possibilities could be amazing, and this technology also has many other components…but it’s still in development.

In September, Autoweek reported that Mercedes-Benz planned to use virtual reality to aid technicians in making repairs. While wearing special virtual reality goggles, the technician could show repair specialists in another location the mechanics (and the issues) for the vehicle. The article shows a screen of the remote specialist appearing before the technician. This new technology is called Virtual Remote Support and is in partnership with Microsoft, per Autoweek.

Gaming and automotive collided for Volvo, as the company is using augmented reality to test cars via a simulator.  The driving experience would be used to test out vehicles in real life driving situations. However, the simulation involves a real car, a real road but simply imagined scenarios. Automotive World explained that “Testers can be exposed to imagined active safety and driver assistance features, upcoming autonomous drive user interfaces, future car models and many other scenarios. It can be used on real test track roads or in the test lab, and every scenario is fully customizable.”

Augmented Reality and the Driving Experience

How does this technology improve the driving experience? Augmented reality is actually wired into many parts of new cars, and augmented reality is often a standard feature, too! Drivers who use backup cameras might be using augmented reality. Many backup cameras include overlay grid lines that show the turning radius of the vehicle. These lines can show drivers a more precise view and may help them avoid backing into an obstacle. Front cameras may offer similar features, showing the proximity of the front end to other vehicles.

GPS features also may use augmented reality. These convenient navigational devices and apps may show the real world with overlays for directions or other instructions. Many GPS devices and programs also include voice command, and, while voice prompts aren’t true augmented reality, they are a type of artificial intelligence.

For car mechanics anywhere, the WorxAR app allows augmented reality assistance to aid in making repairs. The app was developed by Tradiebot (in Australia). AR Post reported that “…enthusiast DIYers will be able to perform simple troubleshooting work with ease. For example, they can access the digital service manual of the car while working on their car. Instead of stopping at every step to check the instructions, they see the information overlaid onto the car itself.”

WorxAR also announced its partnership with General Motors in November “to address a nagging issue.” The issue was related to the Silverado (those prior to 2018). Tradiebot’s blog on its website explained more about the project: “General Motors’ commitment to the safety of their customers was critical in driving the project so when traditional methods of information dissemination were still ineffective, Tradiebot’s groundbreaking work in Virtual and Augmented Realities was critical and Collision Hub’s social media presence and a stellar reputation for promoting proper and safe repairs was essential in getting the message out to repairers.”

Buying a car used to be an in-person process. Typically, new car shoppers would visit a few dealerships to find their ideal car. They might sit inside different models and take a test drive of their favorite choices. Negotiations would lead to financing discussions and possibly securing a loan through the dealership.

With Covid, however, car dealerships might have been forced to close to shoppers. Car buying went virtual, and the process that was once in person became a digital experience. While virtual reality allowed for buyers to preview cars in simulated dealerships, augmented reality might have aided buyers, too.

Back in 2017, BMW was the first company to use Snapchat’s Try-Before-You-Buy lens. This allowed users to preview the X2 from the comfort of home. But virtual and augmented reality showrooms aided buyers who were on the hunt for a new vehicle during the pandemic.

Even those who could visit a dealership in person (and not online) might have benefited from augmented reality during their shopping experience. The Ferrari AR app lets potential buyers visit a showroom and then use the app via a tablet to augment aspects of the actual cars. They can switch the paint color and get an xray look at the vehicle.

While racing games feature models of actual vehicles, heightening the awareness of these brands, the games also share the same technology that is being used in the industry. Or vice versa. Augmented reality and virtual reality allow for immersive experiences during game play, but in the automotive industry they can enhance safety features, create interactive marketing experiences and aid buyers on their hunt for a new car. In many ways, the gaming world and the automotive world overlap, and, who knows, in the future, a self-driving car could allow for the gaming experience to hit the road as drivers take the passenger seat!