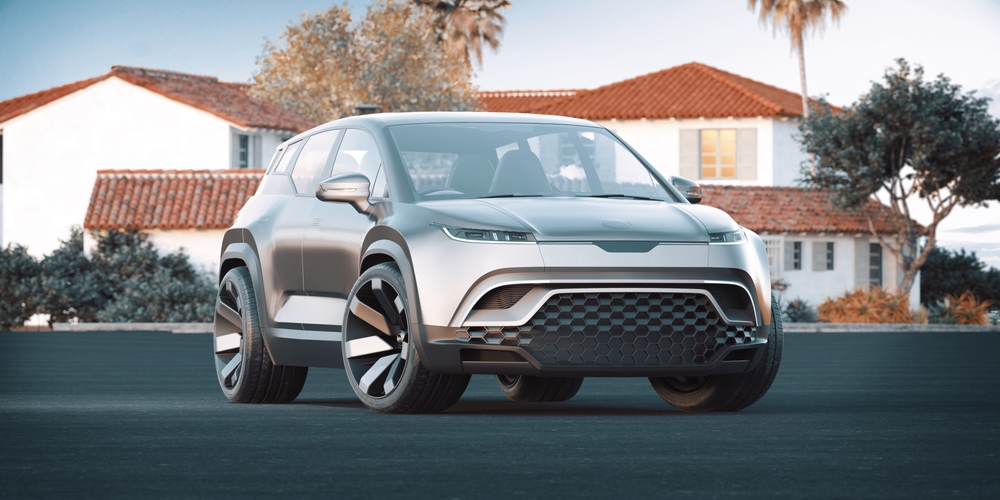 Electric vehicles, or EVs, are almost always luxurious. Even if the model is considered a bargain brand, many EVs are designed to exhibit an air of prestige. And why not? Helping reduce your contribution to harmful emissions is definitely a prestigious action!

Since SUVs have become so popular, they are in high demand. However, the gas-powered models are not known for their fuel efficiency. Further, many countries are trying to cut down on pollutants, including emissions from vehicles. Several car manufacturers have pledged to make the majority of their models electric within the near future, as early as 2025. Merging popular sports utility models with electric engines was inevitable.

So which models represent the best in luxury electric SUVs? There are a lot to choose from, as new brands emerge and old manufacturers spin off new electric lines. Some names will be familiar, with others just entering the market with rave reviews.

The best-known electric car brand in the country, Tesla is almost synonymous with EVs because they were one of the first to emerge on the public market. So far, it has set the standard for luxury SUVs, with a wide array of electronics and connectivity as well as masterful performance and handling. It also has a long range before it needs to be recharged, as well as a cyberpunk exterior that has been noted with interest by reviews. The cabin may be a little plain, but the overall vehicle is one of the top rated because it has earned the prestige associated with it. A second model of the Model X, the Plaid, was released in 2022, to complement what is now called the Long Range.

Is there such a thing as a sports SUV? Tesla says yes with the Model Y, another design that has all the reliability of the Tesla name. In addition to the standard Long Range model, the Model Y has a Performance model that has all the power and handling of a sports car, but in an SUV. Both vehicles have a lot of acceleration, as well as an interior that is roomy and classy. The Performance model also boasts a sports frame. Where the Model X is a family SUV, the Model Y is a power model, with a range of over 300 miles per charge.

What makes the iX unique is its distinctive BMW body design. There are now two models of this luxury SUV, the xDrive50 and M60. These models are the first in a commitment to sustainable electric cars that starts in the engine components and radiates all over the vehicle. BMW is one of many European automakers that have pledged a majority EV lineup in the very near future and is living up to that promise with an SUV that can go over 300 miles on a single full charge, and 90 miles after charging for only 10 minutes.

Everything you would expect from a gas-powered Audi SUV is here in the e-Tron, from the spacious interior to the classy exterior design. While it may not have the power or distance of some of its competitors, it makes up for this in handling and engineering. The hatchback version of the e-Tron still preserves the space of the back seat and trunk while giving the SUV a sleek sporty look. The e-Tron is the first of many future entries in electric vehicles form Audi, and the fact that it’s competitive with other luxury electric SUVs is a promising start.

Jaguar is a luxury brand already, so anything that bears its name is automatically classed that way. The I-Pace is an SUV that captures all the elegance and prestige that the maker’s name encapsulates. Just as at home as a speedster as it is a family vehicle, it even handles like a sports car, but has all the roominess we expect from a top-tier SUV. It does take a while to charge and has less distance than others in its class, but the Jaguar name is a classic that everyone knows, and the I-Pace is only the first form Jaguar.

When Volvo committed to building an SUV, they didn’t fall back on well-established designs, but took a gamble on a new design that has a distinctly futuristic flavor. The C40 Recharge carries Volvo’s banner into the EV market, representing the manufacturer with a clean, efficient and sustainable design that owners can feel good about driving. Even its interior is eco friendly, as well as spacious and comfortable. It is also highly rated for safety, both inside and outside the vehicle, a trait for which Volvo is well-known and reliable.

Luxury doesn’t have to cost hundreds of thousands. The Volvo XC40 is another entry from the automaker to the electric SUV market, but this one comes at a lower price than almost all the others out there. There is a little less room in the interior than its counterpart, the C40 Recharge, but it otherwise still has all the features that Volvo built its reputation upon. Most notably, it is considered one of the safest electric SUVs by critics, reviewers, and crash ratings. Volvo’s name is synonymous with peace of mind on the road, and the XC40 delivers all these qualities at a lower price.

With its own entry into the electric SUV market, Hyundai proves it can compete with the best. The Ioniq 5 is only one of the manufacturer’s electric SUV models and shows a promising future as Hyundai moves from combustion to electric. Spacious interior and good handling round out a reliable family SUV, as well as competitive mileage and a body design that evokes hints of past models, but with a style all its own. Even without all the features that can be opted into, the Ioniq 5 is a comfortable luxury SUV, but as features are added it becomes a haven on the road.

The eV6 is what happens when an automaker takes electric vehicles seriously. With a maximum range of over 300 miles, this electric SUV can compete with cutting-edge engineering and dedicated electric vehicle manufacturers. Kia delivers a vehicle that handles like a sports car and is enjoyable to drive. As a performance SUV, it may not have the space of a more family-oriented vehicle, but is perfect for people who love to drive to take it on their next adventure.

Volkswagen and its partners are among the manufacturers in Europe that are committed to manufacturing more eclectic vehicles than combustion engines, and the ID.4 is their first offering to those ends. Volkswagen is known for iconic vehicles such as the Beetle and the Microbus, and the ID.4 has the same hallmarks. It comes in single or dual engine models, meaning the range can vary depending on your needs. The ID.4 emphasizes the “utility” component of an SUV, being comfortable, spacious, easy to handle, and versatile, all in one luxurious package.

The Mustang started life as a muscle car, and then became a luxury sports car. The Mach-E evolves it further into a powerful SUV that carries the Mustang name into the future. It has multiple options for both engines and trim, as well as a spacious interior and loads of connectivity options. The basic package doesn’t go quite as far on one charge as other models, but upgrading depends upon use and practicality and the Mach-E is adequate for most driving.

Although you may have to travel to get a Hyundai Kona Electric, it has everything that consumers love about its combustible counterpart except the combustion. It’s easy handling and competitive range make it great for city driving, and its spacious interior is perfect for families  and utility. It is no coincidence that the majority of the 12 states where it is available have big urban centers with a lot of traffic, because the Kona Electric is all about reducing emissions and contributing to cleaner air. Exploring the city is a different kind of wilderness adventure, and this luxury SUV can take you around in style.

Mercedes-Benz has committed to the initiative to release mostly electric vehicles within the next decade, and they are well on their way. The EQB is their latest all-electric offering, a roomy SUV that is already popular in Europe. It comes in all builds – front-wheel, rear-wheel, and all-wheel drive – so it’s versatile for a myriad of uses, from a weekend of camping to a night on the town with all your friends. Mercedes-Benz’s well-known logo adorns a body that everyone will recognize for the luxurious statement it makes. Now that it’s available in the United States, it joins the line-up of one of the most prestigious automakers in the world.

Another brand whose mere name is associated with luxury, Cadillac has also joined the fraternity of automakers with electric SUVs. The Cadillac Lyriq is their first electric model and is already carrying on the maker’s legacy. Loaded with connectivity and interior features to make for a ride that is both comfortable and entertaining, the Lyriq is an SUV that can do it all. Its exterior is an electric take on the Cadillac brand that shows the company is ready to move into the future.

Electric SUVs satisfy both the popular demand for SUVs and the need to mitigate the emissions associated with traditional SUVs. Sports utility vehicles do not have to sacrifice luxury in the interior or exterior to draw the attention a prestigious ride can attract. There are so many choices from both established luxury brands and new manufacturers dedicated to electric vehicles that drivers have a wide array available depending upon their needs, and the future is bringing more options as we find more ways to make our EV batteries last longer and emit fewer fumes.