What is the Best Luxury Hybrid Crossover? 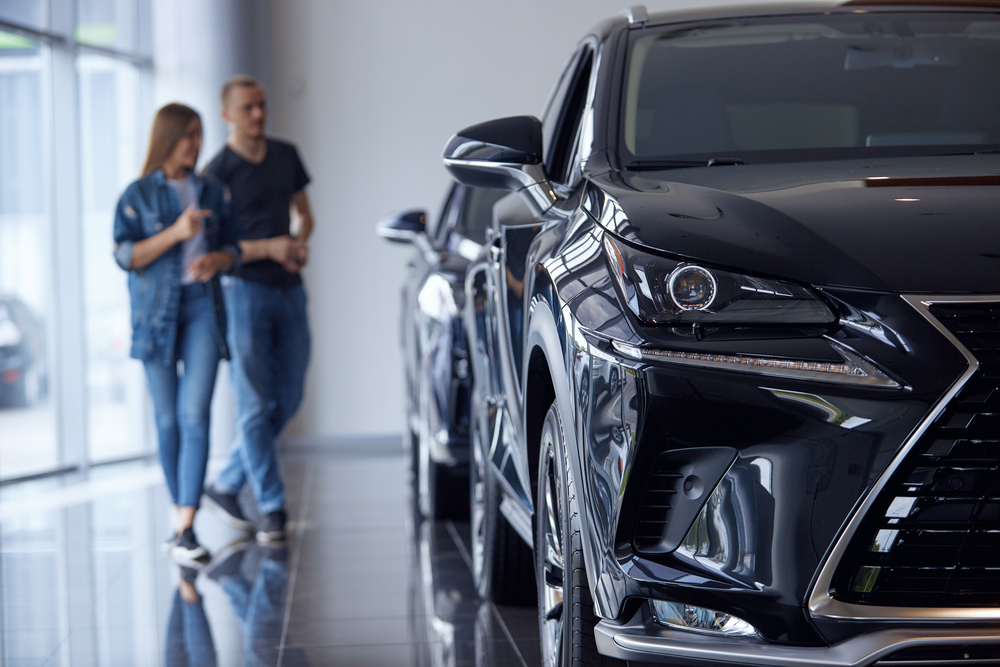 Some car buyers might conflate a crossover and an SUV. The difference between these two body types can be confusing; however, an SUV is built on a truck chassis, whereas a crossover is built on a standard car platform. SUVs might be heavier and a bit more rugged. Both vehicles could include three rows of seating and other similar features.

There are not very many electric and hybrid luxury crossovers. Buyers who are looking specifically to purchase a luxury hybrid crossover only have a few choices. What is the best luxury crossover? All the new models are from Lexus, and the best option might be related to price or other features.

About the Lexus RX Hybrid

The Lexus RX is categorized as an SUV by Lexus, but others consider it a crossover. The RX Hybrid has a starting MSRP of $49,795 and can get 30 MPG combined. It offers triple-beam LED headlights and a full-range of safety systems. The standard RX received a Top Safety Pick rating/award (with specific headlights) from the Insurance Institute for Highway Safety (the hybrid model wasn’t reviewed separately). The 2023 model is already being teased by Lexus and will be available later in 2022.

About the 2023 Lexus UX Hybrid

The Lexus UX is a compact luxury crossover. It has a starting MSRP of $35,850 and can get up to 42 MPG combined. The UX has space for five and includes a 12.3 inch display and the same full range of safety systems as the RX.

Why Are There Only Two New Luxury Hybrid Crossover Models?

Luxury manufacturers might be focusing more on the SUV body design than the crossover body, and, while there are only two options for luxury hybrid crossovers, buyers can shop used or pre-owned options to expand their choices. For example, Infiniti offered a hybrid option for its QX60.

Electric luxury crossovers might be another option for buyers who want to live greener. Luxury electric crossovers/SUVs include the following models:

When shopping for luxury electric crossovers, buyers might focus on the estimated range of the model. The range varies with each model, and, depending on daily driving habits, some buyers might want a vehicle with a longer range.

About the Tesla Model X

About the Tesla Model Y

About the Jaguar I-PACE

Again, manufacturers might refer to the models as either an SUV; there are many manufacturers that offer hybrid SUVs (that are not crossovers).

The Volvo XC40 also is an electric SUV, and its body type does lean more towards the classic and more rugged SUV design.

Rivian also offers a large three-row electric SUV called the R1S; it starts at $72,500 and offers an estimated range of 260 to 320 miles. The Rivian R1S has space for up to seven.

For the model year 2023, Mercedes-Benz will offer an EQS Class electric SUV. The price will start at $104,350 and buyers might expect the luxury appointments synonymous with this brand.

Bentley offers the hybrid Bentayga, which is an SUV. It has a starting price of $160,000 and offers space for five.

When Shopping for Hybrids Buyers Might Skip a Luxury Model

While there are only a few luxury hybrid crossovers on the market, buyers might expand their buying options to luxury hybrid SUVs or even luxury electric SUVs. However, those who want even more choices could opt for standard hybrid SUVs versus luxury options.

Expanding the model options gives buyers more choices; even standard hybrid SUVs can be made more luxurious with upgraded options like leather interior and upgraded safety systems.  There are numerous hybrid SUVs on the market, including several models from Ford, Honda, Hyundai, Kia, and Toyota.

Hybrids range in price and in the fuel efficiency they offer. The Kia Niro offers the best fuel efficiency of all hybrid SUVs/crossovers; the Niro can get up to 50 MPG combined. The Niro also is the most affordable option and has a starting MSRP of only $24,690.

Car buyers looking for hybrids might also focus on Toyota. Many of the brand’s line-up includes a hybrid option. In fact, the Toyota Sienna minivan comes standard as a hybrid.

Shopping for a Used Luxury Crossover

Buyers who are focused on only purchasing a hybrid luxury crossover might choose to look at pre-owned or used models. Prices vary for used models according to the vehicle’s make/model, mileage, age and condition.

KBB also might be a resource for buyers looking for pre-owned luxury hybrids. The site lets buyers search for cars in their area. Just click the option for “Shop for Your Next Car” and enter all the applicable info about the must-have vehicle. Car shoppers can search by new or used models or according to the budget.

KBB doesn’t sell the vehicles, and shoppers can’t buy a car through the site. Instead, KBB is a resource for finding the available new or used options nearby. Once buyers enter the data for the car they want, KBB also will include resources about the vehicle; this allows buyers to research the car and find out the pros and cons of each model.

Buyers could discover that they can’t find the model they want. They can expand the geographic scope of their search, but they might consider how far they are willing to travel for their vehicle. Buyers also could opt to broaden their options to other years or makes/models.

Check for Next Year’s Models

In addition, if the supply chain remains a bit crunched, buyers might consider placing a reservation for an upcoming model or ordering in advance. This could mean making an upfront payment. However, those who place their reservations early might be one of the lucky buyers to drive off in the model.

When Ford released its electric F-150 Lightning, the interest was so high that the manufacturer is no longer accepting orders. Other brands might face similar issues related to in-demand models—especially for electric.

Buyers also could reach out to their local dealership to inquire about availability of new or upcoming models. Dealerships might be able to offer input about when new models could be arriving or if they have any available 2022 models on the lot.

Some brands are beyond luxury and might be considered couture cars or high-end luxury. For buyers who want one of the most luxurious hybrids, Ferrari will be releasing its SF90 Stradale, which is a plug-in hybrid supercar (not an SUV). The Stradale will accelerate from 0 to 100 in 2.5 seconds.

While interested buyers can inquire about the car, ultimately Ferrari decides who will own one of their sought-after vehicles. The manufacturer is known for choosing its owners. There also are rules related to Ferrari ownership. As MotorBiscuit explains, owners cannot paint their Ferrari pink. In addition, those who also own a Lamborghini won’t get a nod from Ferrari.

While buyers only have a few options for a luxury hybrid crossover model, they can expand their choices by looking at hybrid luxury SUVs or even luxury electric SUVs. Those who want a hybrid luxury crossover also can shop used or pre-owned models. In addition, buyers also might consider reserving a 2023 model or pre-ordering these newer models.