What’s the Best Type of Oil for a Car? 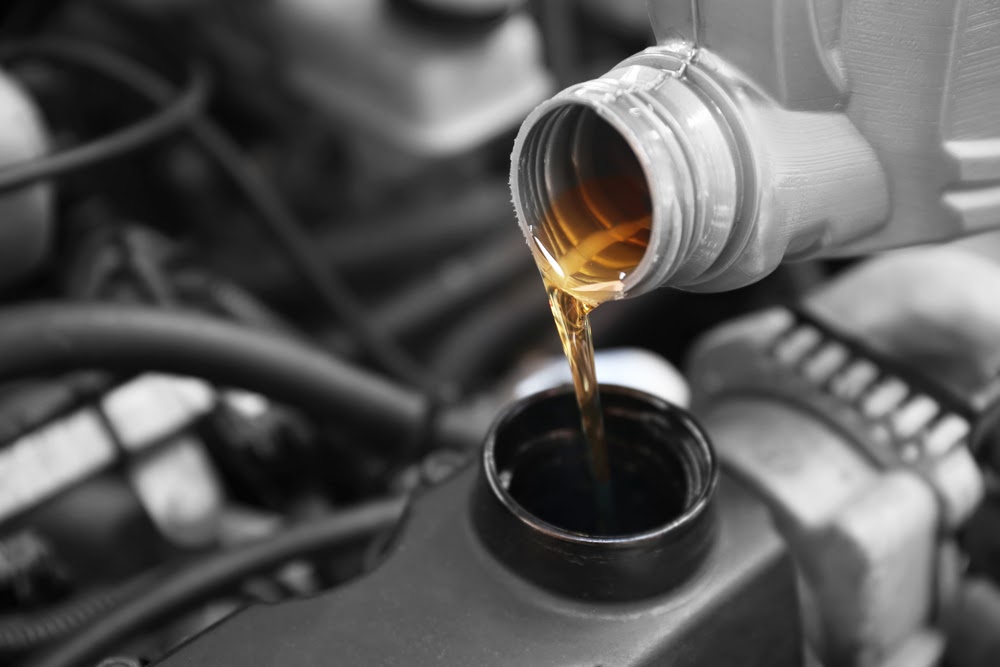 The sticker on the driver’s side of the windshield is often a glaring reminder of when the vehicle will need the next oil change. This decal shows the date of the last oil change and the mileage when the oil change was completed.

What is Synthetic Oil?

The term synthetic oil refers to oil that is man-made from chemical compounds, and Car and Driver explains that distilled crude oil is often still the base of this man-made oil. While synthetic oil was usually recommended for high-end vehicles, today’s modern vehicles often require it, too.

What’s so great about synthetic oil? This type of oil can help improve fuel efficiency. In addition, this oil is noted to be better for the engine. Synthetic oil also has another edge: it doesn’t degrade like conventional oil.

There are many different brands and types of synthetic oils, and prices may vary per brand.

Conventional oil is the standard oil that has been used in vehicles for generations. Traditionally, most cars used conventional oils. Only high-end models required synthetic oil. Those who drive an older vehicle may still use conventional oil.

Car owners also could choose a conventional synthetic blend. This oil is a bit of a hybrid and is what the name suggests: a mix of conventional and synthetic oils.

What Oil is Best for My Car?

Before heading to the dealership or to a franchise that specializes in quick oil changes, car owners may need to figure out what oil they need. Dealerships and oil change services like Jiffy Lube will know what type of oil to suggest to car owners based on the make, model and year of their vehicle.

However, car owners may want to consult their car’s ownership manual for oil specifications. The owner’s manual should have information related to the type of oil that is recommended for the vehicle. Manufacturers may recommend a certain motor oil based on viscosity—this relates to the oil’s performance (or flows) in cold or warm weather.

Oils will be marked in letters in numbers; for example, 5W-30 or SAE 15W-40. The ‘w’ denotes winter. What do the numbers mean? Rymax Lubricants explains all the codes; the number that proceeds the W refers to the viscosity—or how it flows or performs in cold. Lower numbers are better in winter. The number after the W denotes thickness in normal temperatures. SAE is an acronym for The Society of Automotive Engineers.

What if I Use the Wrong Oil?

Manufacturers include information related to the type of oil in the owner’s manual for a reason. This is the best oil for optimum vehicle performance. What happens if a car owner opts for the wrong oil?

Don’t just go to the store and buy any quart of motor oil that catches the eye. If the car needs a top-off, pull out the owner’s manual and make sure to select the right motor oil for the vehicle.

Many newer cars provide a warning light that shows that it’s time for an oil change. Some vehicles may show drivers the percentage of oil life left. Drivers also could notice that another light appears that looks like an oil canister with a drip coming out of the spout. This is the oil pressure light.

This light is a warning that a car could be dangerously low in oil or that the car is leaking oil. When this light appears, drivers should pull over (somewhere safe) and check their oil level. Using the dipstick in the oil reservoir, owners can see how much oil is left.

If the stick comes out nearly clean, this isn’t a good sign. Driving without enough oil could lead to engine damage or even engine failure. This means that the car may stop without warning. To ensure that there is enough oil in the reservoir to safely continue to drive, car owners may stop at an auto parts store or an oil change location to add oil to the vehicle.

Some cars use oil quickly and may need an oil top off periodically before the next oil change. It’s important that car owners check their oil levels to ensure that they aren’t running low. As the car nears the time for an oil change appointment, car owners may be more diligent about checking the level.

How Much Oil Does My Car Need?

Car owners who are unsure how much oil their car requires can consult the owner’s manual. The handy manual will have all the information related to oil type and the number of quarts.

How Much Does an Oil Change Cost?

On a budget? Many oil change franchises regularly issue coupons for both synthetic and conventional oil change services. In addition, sites like Groupon also could offer deals for oil changes. Before heading to any franchise or the dealership, car owners may shop around for the best deals and for coupons, too.

During an oil change, mechanics also will check other fluid levels and the car’s air filter, too. This could be a good time to top off other fluids or replace a dirty filter. Car owners also could schedule a tire rotation at the same time that they have their oil changed.

Typically, tires should be rotated every 6,000 to 8,000 miles. This adds up to about every other oil change.

When a vehicle’s odometer starts to soar into the six figures, this could signal a change of oil. There is oil that is designed specifically for high-mileage vehicles. Older vehicles may leak oil, and high-mileage oil can help reinvigorate worn seals that lead to leaks. Firestone Complete Auto Care compares the oil to a multivitamin, as it helps strengthen older components.

If the odometer has amassed 75,000 miles or more, it might be time to use high-mileage motor oil. Car owners might mention this option at their next oil change service.

Are There Any Cars That Don’t Require Oil?

Car buyers may look to ditch the motor oil completely. Is there any type of car that doesn’t require an oil change?

Electric cars don’t depend on gasoline, and they also don’t need motor oil. These cars use a battery to power the engine instead of fuel. The design of a traditional fuel injected engine requires oil to keep all the parts of the engine running—and moving—smoothly. Oil lubricates the engine.

Electric vehicle engines are designed differently. They don’t require oil for lubrication. They also don’t require gas to fuel their power. These cars are a greener choice to help reduce air pollution, and they may be less of a hassle for owners to maintain.

For car buyers who want to find an electric vehicle that fits their budget and driving needs, RelayCars can help! Visit RelayCars to preview vehicles in 3D or in augmented reality. Use the site to research all the options, and then use RelayCars to initiate the purchase, too! RelayCars is a one-stop shop for the buyer who prefers to buy online instead of visiting the dealership!