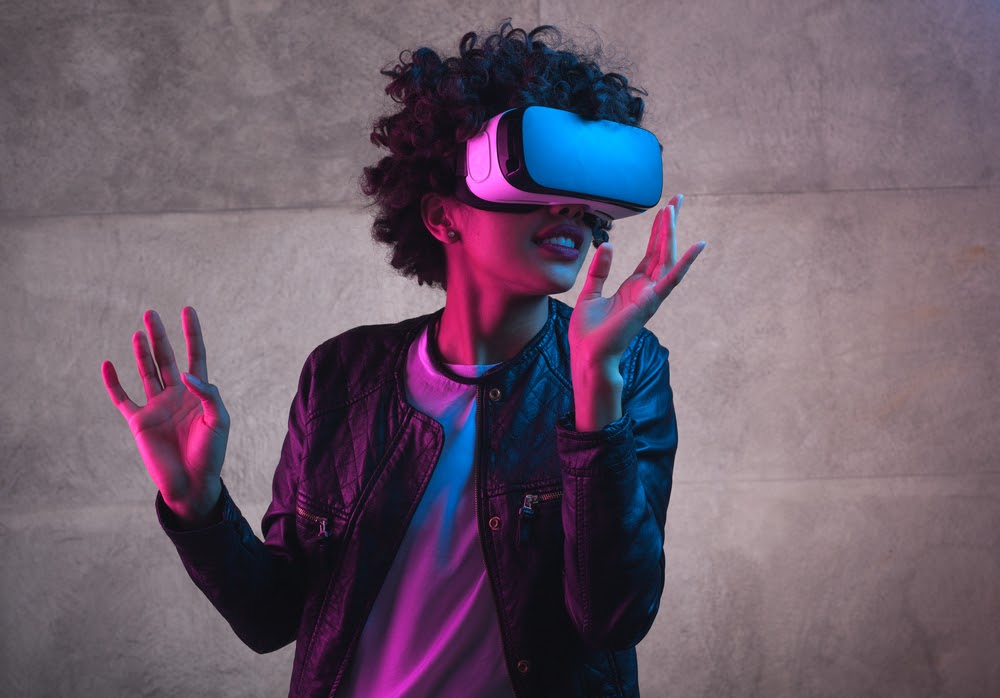 Some people describe Beat Saber as a mix between Dance Dance Revolution and Guitar Hero. Once the game starts, use your handheld controllers to move your virtual lightsabers to the beat of the music playing in the background. Your goal is to use your lightsabers to destroy the colored blocks that come at you from all different directions. The speed at which the blocks come toward you varies depending on the tempo of the music.

You will also need to move your body to steer clear of bombs and overcome obstacles that come your way.

Beat Saber is an entertaining game, but it’s also a great way to workout. There’s no doubt that you will work up a sweat and get your heart pumping by the end of the first song.

If you own a Playstation VR gaming system, you may want to check out Astro Bot: Rescue Mission, which is one of the most popular games available on this platform. The game asks you to team up with Captain Astro, a robot, on a mission to rescue his crew. The challenge? His lost crew is scattered across different worlds inside this virtual environment, so you will need to travel far and wide to find everyone.

Your goal is to rescue all 213 robots as quickly as possible. To meet this goal, you will need to solve puzzles, defeat enemies, collect coins, and make it through all 20 levels in this virtual fantasy world. Captain Astro will lead the way, but you will need to stay by his side in order to complete this mission and beat the game.

You don’t have to be a fan of the animated series Rick and Morty to enjoy this virtual reality game, which is compatible with Playstation VR, Oculus Rift, and HTC Vive.

You are in control of a character named Morty, who is a clone of Morty Smith that was created to help Rick and Morty with everyday tasks. You will be given a list of chores that you need to complete in this simulated environment. For example, you may be asked to do the laundry or order a new computer for Rick. Whatever the task, it’s your job to complete it in order to stay alive in the game.

The tasks are mundane, but the game is anything but. Some reviewers have even said that playing the game is like living in an entertaining episode of Rick and Morty.

You can play a round of mini golf without ever leaving home thanks to Cloudlands VR Mini Golf, a game which is playable on Oculus Rift, HTC Vive, and Google Daydream.

This is a great game for people who are new to virtual reality since it’s so easy to play. All you need to do is use your handheld controllers to aim, swing your golf club, and hit the ball. It’s just like playing mini golf in real life, except you don’t need to walk to get to the next hole.

You can choose to play on your own or compete against online or local players. There’s even a course editor feature that allows you to build your own challenging golf course. Once it’s complete, invite other players to try it out to see who can get the highest score on your custom course.

Job Simulator transports you to a simulated world in which robots, not humans, perform the vast majority of jobs. Once you enter this world, the game gives you a chance to see how you would perform in many of the roles now occupied by robots.

For example, step into the shoes of a short-order cook to see if you can successfully fulfill all incoming orders from customers. The more you complete, the more challenging the orders become. The more complicated orders may require you to use unique tools or new ingredients.

You can switch jobs at any time in the game, so feel free to experience as many different jobs as you would like before calling it quits. Even though the game requires you to perform various jobs, it won’t feel like work.

Keep Talking and Nobody Explodes

Keep Talking and Nobody Explodes is the perfect party game for people with access to an Oculus Rift, Oculus Go, HTC Vive, or Playstation VR system.

It’s a multiplayer game, but only one person needs to wear the virtual reality headset. This person will be responsible for carefully defusing the bomb in the simulated environment. The remaining players must help the first player figure out how to safely defuse the bomb by reading from the game’s instruction manual. These instructions can be pulled up on a phone or tablet or even printed out so they can be passed around.

The challenge is clearly communicating to one another to ensure the first player doesn’t cut the wrong wire or push the wrong button. If they do, the bomb could explode, which ends the game.

Star Trek: Bridge Crew, which is playable on Oculus Quest, Oculus Rift, HTC Vive, and Playstation VR, requires four players. Players will be assigned the role of Captain, Helm Officer, Tactical, or Engineer. Each role has unique responsibilities. For example, the Engineer is responsible for making repairs, whereas the Helm Officer is responsible for controlling the speed of the ship.

Once the roles have been assigned, you and your three friends must work together to safely pilot a spaceship from the popular Star Trek series. You will need to communicate with the other players at all times to coordinate your actions and respond to threats.

Don’t have three friends who want to play? You can play Star Trek: Bridge Crew in single player mode. However, it is more fun in a group.

If you’re a fan of the classic game Tetris, you may want to try the virtual reality version, Tetris Effect, which is playable on Oculus Quest, Oculus Rift, HTC Vive, and Playstation VR.

Tetris Effect allows you to play tetris in a virtual environment. There are unique visuals and soundtracks for every level of the game, which makes it much more interesting than classic tetris.

For example, one level takes place underwater. This level features a calm, soothing soundtrack that simulates what you would hear if you actually were underwater. Sparkly whales and other sea creatures also float around you, so you will feel as if you are actually underwater.

The rules of tetris are simple and straightforward, so this is a great game to try if you are new to virtual reality.

If you love murder mysteries, you may want to play The Invisible Hours, a virtual reality game that is compatible with HTC Vive, Oculus Rift, and Playstation VR.

The goal of this game is to determine who killed Nikola Tesla, a famous scientist and inventor, in his mansion. There are seven suspects who were present at the time of the murder. To determine who did it, the game lets you travel backward and forward in time to observe each of the suspects before and after the murder. You can choose what time you want to travel to and which events you want to observe.

This gives you an opportunity to observe everything leading up to the murder and immediately after the murder. Use your observations to piece together what happened and figure out who is responsible for murdering the victim.

Are you thinking about buying a new car? If so, you may want to step into the RelayCars virtual reality showroom.

Inside the showroom, you can explore thousands of cars from a wide range of automotive manufacturers. You can walk around the exterior of each car, sit in the driver’s seat, and see what the vehicle would look like in different colors. You can even pull up general information about each vehicle, which makes it easier to compare your options. In other words, you can explore and learn more about vehicles just like you would if you were actually in a dealer’s showroom.

The best part? You don’t need an expensive virtual reality headset to experience RelayCars. All you need is a smartphone, tablet, or computer.