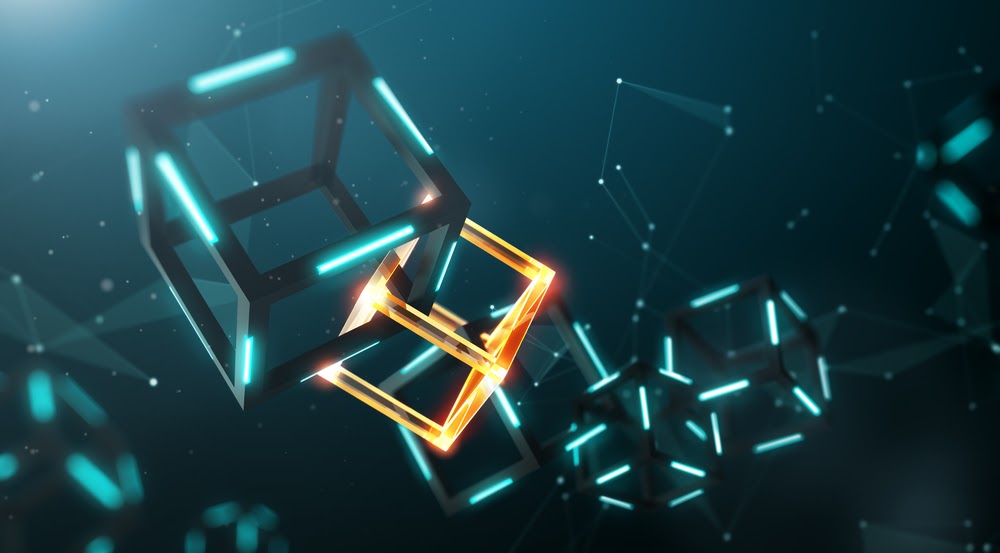 If you’ve paid any amount of attention to the investment world, you’ve likely heard of cryptocurrency, which incorporates blockchain, which is a record-keeping technology made famous by the Bitcoin network.

Blockchain might come off as a complicated concept, so much so that some people avoid the subject due to its perceived complexity. Although there are definitely complex aspects to blockchain, the core concept behind blockchain is actually pretty simple.

Think of blockchain as a kind of database, which is a collection of information stored electronically — on a computer or computer system.

Blockchain is different from a traditional database in the way that the data is structured. Blockchain collects information in groups (also called blocks). Different blocks will have certain storage capacities. Once a block is filled it is added (or chained onto) the previous group of filled blocks, which ends up forming a chain of data. This chain of data (you guessed it) is known as “blockchain.”

The normal databases we deal with structure data into tables while blockchain arranges its data into chunks/blocks that end up being chained together. As a result, all blockchains are databases, but not all databases are blockchains. Another result of this way of record keeping is that it creates a definite and unchangeable timeline of data when blockchain is implemented in a decentralized system. As each block gets filled it becomes set in stone, becoming a part of this living timeline. Not only that, but each individual block in a blockchain is given a digital timestamp the moment it is added to the chain.

Since blockchain can be implemented into decentralized systems, this has users quite interested in its capabilities.

Let’s talk about Bitcoin a little more for a second before we get into virtual reality and more blockchain. Just like a company would need a computer system to store its data, Bitcoin needs a collection of computers in order to store its blockchain.

With a company, it’s likely that all of their computers are going to be located under one roof, while with Bitcoin (via blockchain), each computer (or multiple computers) holds its blockchain while being located in an entirely different geographic location, operated by separate individuals or even groups. Fun fact: computers that make Bitcoin’s network are referred to as nodes.

Using this sort of model, Bitcoin blockchain ends up being utilized in a decentralized way while private, centralized blockchains are located on computer systems owned and operated by a single entity.

Blockchain is not limited to cryptocurrency. Virtual reality companies are using blockchain to create full-fledged virtual worlds which can become populated by its users and its users’ creations, operating off of rules created by the users themselves. These virtual worlds can be experienced without intervention from platform developers, which many users find desirable. Blockchain is helping virtual reality developers create worlds that truly live on their own, allowing users to experience these worlds without risk.

How Does Blockchain Relate to Virtual Reality

There seems to be no limit to the ways we can benefit from blockchain applications. Recently, a project has been underway that links blockchain with virtual reality. Just like technologies like augmented reality and virtual reality can be incorporated into industries other than gaming (think medical, dental, advertising) just like blockchain can be used in areas other than cryptocurrency.

This particular blockchain project claims to be taking virtual reality to an exciting next level via “3D internet” — a three-dimensional virtual world built, owned, and operated by the people who use it.

Victoria VR is set to offer its Massive Multiplayer Online Open World that features photorealistic graphics set in glorious VR. Victoria VR aims to be a universal platform which encompasses games and utilizes a decentralized application.

What results is a metaverse shared in a virtual realm where people can be free to do absolutely anything they like, everything from playing zombie shooters to selling or trading jewelry creations.

Just like in video games, certain objectives and quests can be completed that will help a user gain access to various rare rewards — sort of like Legend of Zelda.

Victoria VR gives its users the freedom to craft their very own avatars — as realistic as one likes. Obviously, with cutting-edge technology such as this, the user is able to create incredibly detailed customization. Billions of customizations are at Victoria VR user fingertips. Avatars can also express emotions, conveying emotions and reactions as well.

Not Your Average Non-Fungible Tokens

Victoria VR also supports NFTs (non-fungible tokens), and not just in a way that serves as some sort of decoration. NFTs on Victoria VR and its platform can be used in a much more compelling way, delivering a variety of different, even giving certain players superpowers as well as additional values and resources. NFTs can also be modified, even combined or created from scratch.

Victoria VR also provides a 3D marketplace for its users and its NFTs, enabling beautiful digital assets that can be viewed, interacted with, and traded. Victoria VR also converts 2D NFTs into 3D objects, which helps them take on a lifelike dimension.

Artists can also publish works of art, which can be enjoyed by everyone (even those who do not have virtual reality hardware) via a special plugin.

Going Where No One Has Gone Before… Virtually!

Game players and VR enthusiasts have been waiting for the day when life can be lived online and via a cooperative platform, which Victoria VR seems to be the latest answer to this consumer desire.

Victoria VR users can do really cool things, like purchase VR land where users can stake their claim and create anything they like, monetizing it. Users do not have to experience limitations governed by the laws of physics and even space. Things like shops, boutiques, casinos, schools, and showrooms can be created in this new virtual horizon.

VR tokens will be the way this multifaceted ecosystem runs — this will be the cryptocurrency of choice as far as settling user transactions goes.

Victoria VR has stated that their pioneering portal system puts forth an ecosystem which can be connected to by all VR projects, games, and even worlds. This will end up creating a 3D internet that simply has not existed before. The platform itself is also decentralized  and autonomous, completely controlled by its own engaged and passionate community.

But who can create this amazing VR content? Well, again, anyone!

Victoria VR users will be able to create content without having a lick of prior programming experience or applicable skills.

Victoria VR personnel adds that “The gaming industry is booming, businesses, communication, education and processes are transferred online, and the next logical step is virtual reality and the 3D internet. The interest in VR is also going up because of the ongoing Covid-19 pandemic, social isolation, and lockdown measures. There is no doubt that virtual reality will change everything in every field, and in every industry.”

But where is this whole blockchain/VR relationship headed?

This whole blockchain and VR thing has some serious synergy. Not only are VR companies creating virtual communities and landscapes, but blockchain VR is also being used and incorporated into entertainment events, like concerts, where a person with a VR headset can gain access to private and secure content, paying for such content and services with virtual tokens.

Token holders can often vote for acts they’d like to see with smart contract technology. Fund-curated content can also come from such a community without celebrities or famous musicians being involved at all. Blockchain helps create a unique model that encourages users to get and interact. Virtual venues utilizing blockchain will act like actual concerts with areas for users to hang out and even chat with others while they watch the show together.

Virtual reality and blockchain seem to have few boundaries and those boundaries are continuously being tested and expanded. Innovators have stopped waiting for the next best thing and many are making moves to create it themselves. Each industry and contributor ends up taking a different approach to incorporating blockchain and VR technology, but this means that the possibilities for future development are endless. VR  and blockchain will continue to evolve as the technologies are made available to and embraced by the mainstream. New highly immersive virtual experiences and opportunities will continue to take shape as time goes on and innovation occurs.