The Future of Car Safety 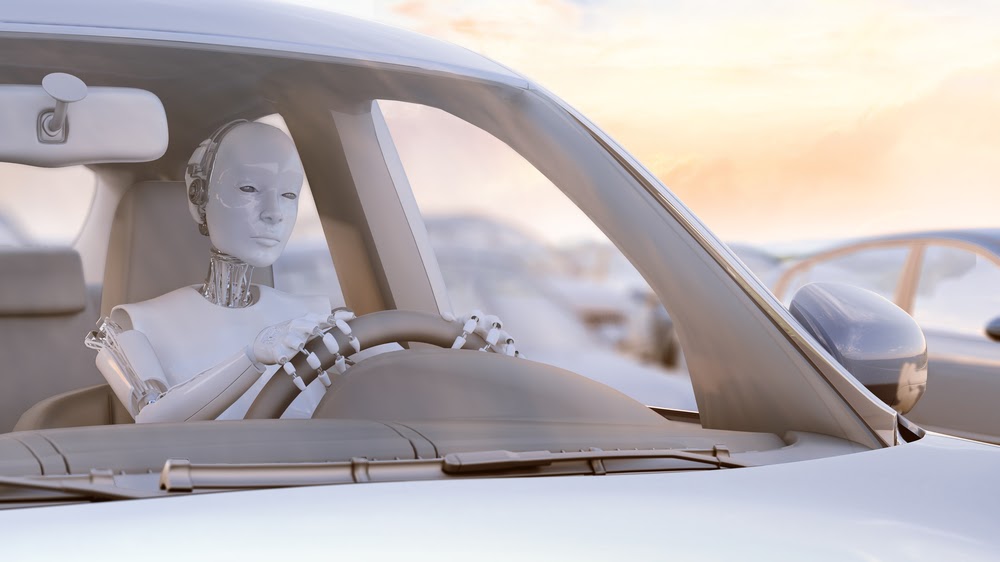 Cars didn’t always include seat belts. Some even remember when back seat passengers only had to use a lap belt; eventually, shoulder straps became the norm throughout the car. Moms once held babies in the front seat, but soon car seats became standard (and part of the law). Technology’s evolution also has influenced car safety features.

The future of car safety may include some incredibly high-tech offerings. But even today’s vehicles feature technology that would have seriously impressed older generations. Buckle up and let’s check out today’s safety features and what the future might have in store for a safer ride.

When Cars Collide: A Look at Dangers on the Road

Car accidents can happen for so many reasons: driver error, distractions, a medical emergency, or even the weather. The National Highway Traffic Safety Administration (NHTSA) reported 33,654 fatal car accidents in 2018, and, according to the Centers for Disease Control, more than 2,800 individuals were killed because of distracted driving that same year. In 2019, the deaths for distracted driving increased slightly, with distractions behind the deaths of 3,142 individuals.

As smartphones have pervaded our culture and hitched a ride in most vehicles, the issue of distracted driving has become more prominent. It isn’t uncommon to see someone on their cell phone while driving, and texting while driving also contributes to distractions.

Public service campaigns have tried to raise awareness of the issue, and phone manufacturers have even equipped phones with functions that disable the phone during the drive. However, cars and automotive safety features might also be adapting to help make the drive safer.

How Vehicles Adapted to the Safety Needs of a Wired World

Automotive manufacturers understand that we live in a wired world. When almost all teens have access to a smartphone, the device has seemingly become the norm. Teens and older adults alike have become so dependent on their phones that some even develop a Fear of Missing Out (or FOMO) when their phones aren’t accessible.

The smartphone is the gateway to communication. The phone allows users to text, send email, surf the internet, play games, stream music and videos and update our social media accounts. Most modern smartphones even have built-in rulers, they can monitor health data (like steps per day) and include a calendar to track all those daily appointments. The smartphone is everything rolled into one, and this is why most adults can’t often easily part with it…not even in the car.

While the statistics related to distracted driving remain concerning, car manufacturers are stepping up the safety game as they embed vehicles with unique technologies that keep drivers and passengers safer during the drive.

While talking or having a conversation in general can be a distraction, the act of reaching for a phone or holding it up to the ear might be more concerning while trying to navigate. Many modern vehicles, though, now allow the smartphone to connect to the car’s infotainment screen. Drivers can make calls hands-free using voice commands. They can also send texts and stream music without touching their phone.

Fender benders in parking lots are all too common. So are little scrapes and bumps when cars are trying to back out of a tight parking spot. Manufacturers, likely noting how common even little accidents occur, began to equip vehicles with cameras that provide visual aid and guidance to drivers who might be lacking in depth perception.

Backup and front end cameras show the surrounding areas of the car via a screen in the car’s infotainment system. Augmented reality grid lines detail the car’s turning radius, so drivers can predict their maneuvers. In addition, warning signals might sound if the car gets too close to an obstacle while parking or maneuvering. Camera intelligence allows drivers to see what might have been hidden and adjust their movements accordingly.

Many vehicles also include automatic stop functions when a car comes to close to an obstacle like another car. The car doesn’t wait for the driver to react, instead the sensors signal to the car to immediately stop. In this way, the car’s safety system allows accidents to be avoided.

Even with the best safety features, accidents may still happen. Some crashes may result in the driver losing consciousness, unable to call for help. Many vehicles now include safety systems like OnStar that not only alert drivers of potential mechanical problems with their car but call for emergency help when necessary. When a crash occurs, OnStar’s sensors detect the accident and the system calls for help.

Baby in the Backseat

In 2020, 24 children died from heatstroke after being left in a vehicle. Leaving a baby or a young child in the backseat has become a common fear among parents.

Today’s cars now include a warning message that appears on the car’s infotainment system after the driver shuts off the ignition. There also might be a warning signal that sounds along with the message. Typically the screen will include a reminder to check the backseat.

These messages and reminders are just another way that car manufacturers are adjusting to the needs of consumers. Hopefully, the warnings will decrease the likelihood that a parent forgets a child in the backseat.

Not every driver is proficient in perfect parking. For some, parallel parking may be a near impossibility. One of the newer safety features in cars is automatic parking.

This autonomous feature is a bit like a self-driving car, only the car just maneuvers into a parking spot. Unfortunately, the system isn’t completely autonomous. According to MotorTrend, the driver still has to manage the brake and gas functions.

However, the car will maneuver into that tight space. Even better? Once the parking function is activated, the car can find the parking spot, too!

Safety Features of the Future

Technology evolves, and every consumer understands how quickly technology becomes outdated. The safety functions in today’s cars will likely seem prehistoric in a few years. So what will future safety features look like in tomorrow’s vehicles?

We mention Nissan’s Invisible-to Visible (I2V) technology often. However, when it comes to predicting future safety components of automobiles, Nissan’s developing technology could be a good road map. Through I2V, drivers would be alerted of obstacles up ahead (or seemingly hidden). This obviously could reduce the possibility of an accident.

I2V also would let drivers connect with others in the ‘metaverse.’ Friends or family could join the journey as an avatar. In an abstract sense, this could improve safety as it would allow friends to keep drivers from nodding off or help them remain upbeat on the drive. Professional driving instructors also could appear in the car to help during the journey, too.

Modern car designs also include heads-up displays that integrate augmented reality data. This technology could become the norm, with drivers being shown directions before their eyes via augmented reality overlays.

There also are stories detailing Apple’s patent for an augmented reality windshield. The patent talks about drivers FaceTiming in the car (an autonomous vehicle).

The ultimate car safety feature of the future is likely going to be the self-driving (autonomous) car. However, it may be some time for manufacturers to develop a safe autonomous vehicle that is appropriate for the consumer market. Robotaxis are, however, being tested in multiple cities.

A self-driving car might be considered the ultimate in safety because it eliminates human error. A safe self-driving car, though, would need to be able to predict every type of driving scenario and adjust without hesitation. Think about a blinking stop light and how many drivers have no idea whose turn it is to pass through the light. When technology (even a simple stop light) glitches, a tiny issue can result in chaos.

Ideally, a self-driving car would include many built-in safety components and driver comforts, too. Seat belts would likely still be necessary (accidents could be rare, but they would likely still happen). Cars may be equipped with a full body of sensors and cameras. Perhaps cars connect to satellites for additional navigation data.

When will a self-driving car become a reality? It could be years for such a car to hit the consumer market. We will likely experience the robotaxi or other autonomous e-hail services first, and this could be a predictor for how these types of vehicles will fare.

The self-driving car might simply be a ‘when’ not an ‘if.’ Too many tech giants are scrambling to perfect this type of vehicle, and it might be the future of the highways. Perhaps it might be better to ask who or which company will be the first to perfect a safe and reliable autonomous vehicle. Will it be Tesla?

For now, the industry will continue to evolve with technology. Safety features may continue to adapt to drivers’ needs and more advanced safety systems may be integrated in the future. Just don’t expect cars to drive themselves just yet…although, they may be able to park without a human!