Are There Any Cheap Cars That Look Expensive? 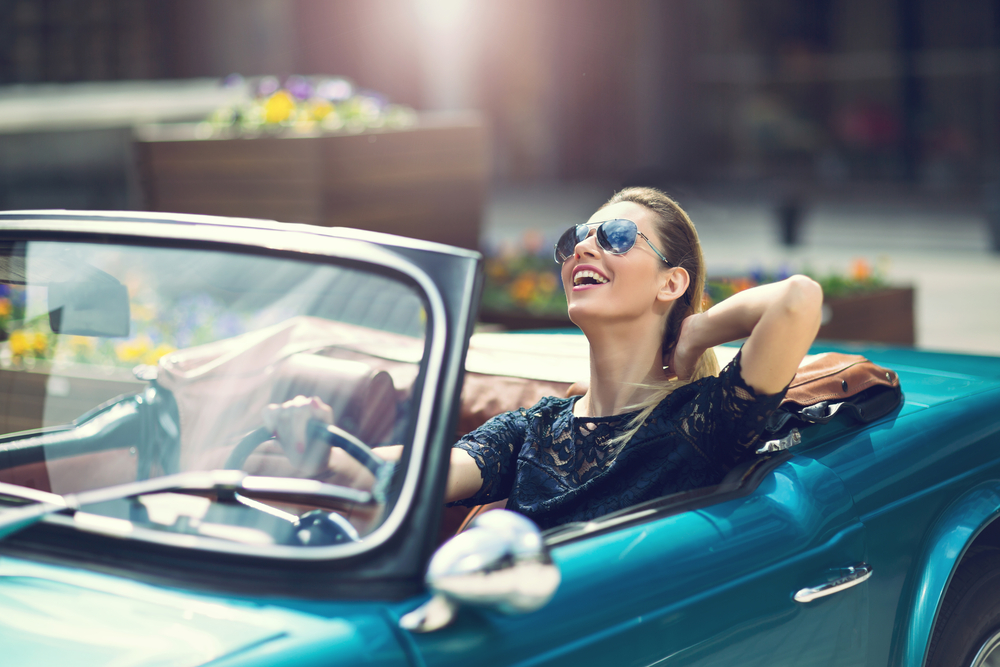 We all want to look good in our everyday lives. We want to live in nice places and wear nice clothes. We also want nice cars.

Whether we’re driving around all day or just using the car to get back and forth, we all want to look our best and feel good about what we drive. Nobody wants to drive an ugly clunker!

For some of us, driving around in a car that looks expensive is a matter of business and self-promotion. Some professionals need to appear wealthy as a function of their jobs, and many of the rest of us like the ambiance of wealth that having the right car can give.

When looking for a car, you might ask yourself what cars make you look wealthy. There are some great options for someone looking for an affordable car that looks expensive. Some are reliable older luxury models, including BMWs, Porches, and Maseratis. Others are low-priced luxury models from brands like Audi and Honda.

Keep in mind that cars require maintenance, and some of the cars that make you look wealthy might require wealth to replace specialty parts. Older models might even be discontinued, making parts a challenge to find. This is an expense that needs to be considered, but will be well worth it if you find a car that’s right for you.

Before you go shopping for any type of car, it’s important to know what’s available to you. Having a good sample can start you on your journey by showing you the possibilities. These cars are a taste of what’s out there.

In the mid 1990s, BMW released a series of cruisers called the Z3 and Z4. Light on the road and full of V6 zip, the Z3 and its sister are durable and fun cars that look like something James Bond would drive on an exotic European beach highway. The convertible models give the air of carefree wealth and classic luxury. This is a car for people who enjoy the open air and want to do so while looking sporty.

The Jaguar make has long been a car that makes its driver look wealthy. Often associated with old wealth and prestigious jobs, its distinctive hood ornament has always been a symbol of money. The XK series took the classic and merged it with the aesthetics of a sports car, including the power of a V8 under the hood. Inside, the leather interior adds a constant reminder that you are driving a luxurious car.

Do you want to drive a sleek sports car? The Maserati Spyder was released in the early 2000s, but still looks like it could have just rolled out of the showroom. Open the roof and enjoy the wind in your hair while driving this respected name, knowing that everyone who sees you will see wealth and style. Only you and your car dealer will know that you probably paid under $10,000 for it.

Arachnids seem to be good inspiration for automobile designers. Fiat has its own signature to its designs, and the Fiat Spider draws from the maker’s 124 series of the 1970s to create a uniquely 2017 body. It’s a meeting of compact and sports cars, a little wonder that packs a big punch. Even its headlights are little narrowed eyes intensely concentrating on enjoying the road, and you get to look like an elite racer when you’re behind the wheel.

Throughout the 1990s and 2000s, Bentley released models like the Arnage and the Turbo R. These cars still have the timeless air of luxury as when they were new, and today’s competitor models try to emulate their classy style. Over the years they have come down in price to under $20,000. It may need a little love and care, but the Arnage still looks as though you have money to blow.

The Miata has long been known for its two-seater, drop-top, simple fun. Drivers can take a Miata for a night on the town, a day at the lake, or a weekend in the woods. The storage space in the back is complemented by sports car power under the hood and a body that can be recognized even by people who don’t know anything about cars. They look like a drive through the Hamptons, but even newer models can be obtained for around $20,000.

The L in Lexus could easily stand for “luxury,” and you’d not be far off: Lexus is the luxury brand for Toyota. This make is associated with prestigious wealth and top-tier professionals, with all the dependability and reliability that made the Toyota name what it is today, but with all the perks of any of its luxury competitors. Easily maintained, with a V8 and rear-wheel drive, the Lexus IS tells everyone who sees it that someone important is driving.

German engineering meets luxury design in this more recent model compact sedan. Even newer models won’t break the bank, but models as recent as 2017 can be found for under $20,000. For that low price, your car will look classy on the outside, feel classy on the inside, and run and steer like a dream. With all this, and simple maintenance, the Audi A3 is a car that only looks expensive, but is actually very reasonably priced.

Any Mercedes-Benz that can be found for under $20,000 is a steal, but the CLA and CLS models are especially so because they are so gas-efficient. Luxury cars are not known for this quality, and it’s only one thing of many that sets the CLA and CLS classes above other Mercedes models on the scale of affordable cars that look expensive. It has everything we expect from a Mercedes-Benz, but you don’t have to be an A-lister to own one.

The Infiniti is the luxury branch of another high-performance car producer, Nissan. Everything they put into their sports cars is channeled here into a luxurious SUV that is so detailed in design that new manufacturing methods had to be invented to produce it. When the maker pays that much attention to a car, you know you’re in for a smooth ride on the inside and a gorgeous machine on the outside.

The convertible Boxster 987 and its hardtop sister the Cayman, both from Porsche, are two of the most popular affordable cars that look expensive. Maybe some of that is the name, which has long been associated with wealth and speed. Maybe it’s the powerful engine or the 6-speed transmission that backs up its reputation. The car is the first of the 2-seaters, so it could be that the popularity of this style of sports car attracts people to own one. Or maybe it’s the design that tells observers its driver is a wealthy person on-the-go, who just loves to drive.

A Mercedes can make anyone look wealthy when they drive it, and the S-Class provides another great option for the budget-minded. Loaded with features and a wood-grain interior dashboard, you’ll feel like you spent a million bucks, even though you spent $25,000 or less. There are a few models in the S-Class, such as the W220 and the S550, whose powerful engines and distinctive exteriors tell anyone who sees them that there is wealth inside.

A popular car for people who like to go fast, the Honda Civic is a sports car with a bargain price tag. More recent models have evolved to become sleek and expensive-looking, but the Civic is around $30,000 brand new. What it lacks in a price tag, it has in reliability and power. This is a little roadster with zip, but it looks like it belongs in the Grand Prix.

The Lotus Elise came out in 1996, but is another design that anticipated 21st century aesthetics. Lotus is known for speed, power, and design, and the Elise delivers all three. This British sports car brings to mind the days of driving goggles and wind-blown scarves, with a light body that screams for speed. The Lotus Elise was genuinely expensive when it was new, and still looks like it costs a lot, but can be found for under $20,000.

The “Caddy,” as it’s affectionately known, will always be associated with old money and elite prestige, and the Escalade takes all of this and channels it into an SUV. With a big V8 under the hood and a lush interior, the Cadillac Escalade set the bar for luxury SUVs. Today, you can find mid-2000s models for under $10,000, but no one who sees you in it will think you paid less than a fortune.

One of those makes whose name is synonymous with prestige and money, Rolls Royce are always pricey when they come off the showroom floor, but older models are available for a steal. The Silver Spirit is a timeless design that we often think of when we hear the brand name. They aren’t easy to fix if something goes really wrong, but if you know how to take good care of your engine, you’ll be driving around in one of the cars most associated with luxury.

Nissan Z has been almost as recognized as a fast sports car as its cousins from Porsche and Maserati. The fifth-generation of the model, the Z350, was its incarnation in the 2000s. This is the kind of car that when you tap the gas pedal slightly, the V6 engine lets you know with a mighty roar. Today you can find them for around $10,000, but they look as exciting and luxurious as the Z series has always been.

What if speedsters and SUVs aren’t your thing, or are not in line with your needs? The Kia Cadenza is the luxury sedan for your needs. Loaded with features and a comfortable interior, the secret to the Cadenza is its classy design, which looks a lot  more expensive than its $30,000 showroom price tag. This is a car you can take your kids to school in right before hitting the board meeting, or at least that’s what your neighbors will think!

This is the classic Porsche that everyone is familiar with, and is one of those unique vehicles that is recognizable as wealth no matter how old it is. The 911s from the mid 1990s and early 2000s can be bought for as low as $15,000, but the Porsche name and 911 body are so well-known that anyone who owns one is still thought of as wealthy. No list of cars that make you look wealthy would be complete without it.

Shopping for a car is always exciting, and shopping for a luxury car has an air of pride and accomplishment about it. When shopping for a luxury car at a bargain price, it’s important to shop around and see what type of car appeals to you, what a model’s gas and maintenance is like, and what is available. You can start here on your search for cheap cars that look expensive, and find a ride that turns heads and projects wealth.