How the Computer Chip Shortage Affects the Automotive Market 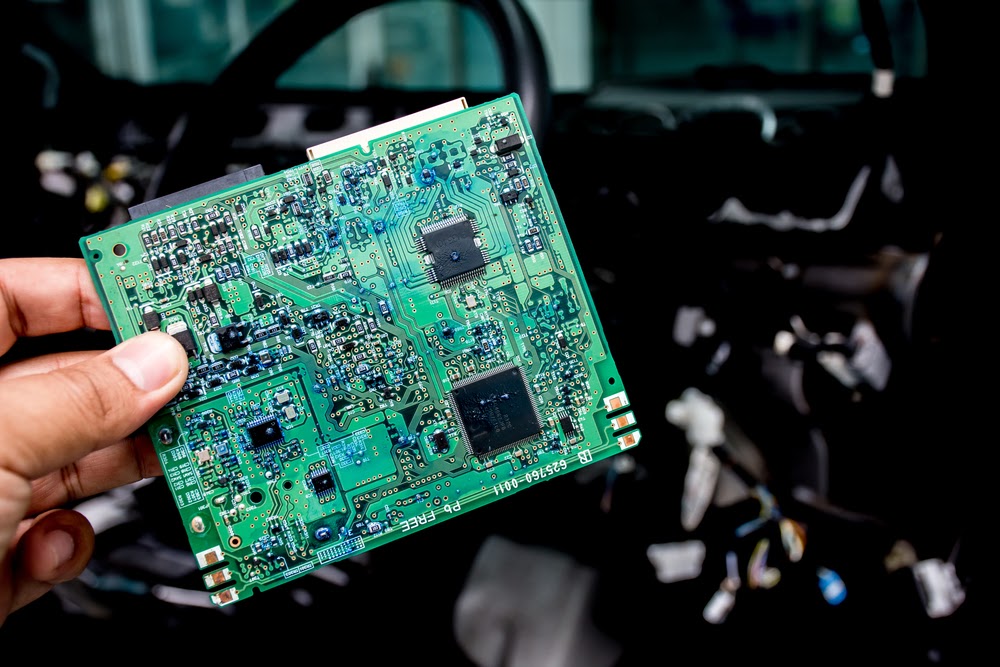 The United States has a computer chip shortage, and according to experts, it’s not likely to get much better for a few years. How has the tiny computer chip become a thorn in the side of multiple industries, including automotive?

According to CNN the shortage is related to several issues, all of which have created the perfect electronic storm. Low supply has been exacerbated by Covid; shutdowns likely contributed to the availability. However, CNN also reported the automobile manufacturers cut back on buying chips…while tech sectors might have embraced them (perhaps a bit like consumers embraced toilet paper). In addition, there have been trade sanctions on some companies in China, which also could have squeezed the supply.

All these factors have led to a low supply that has translated into higher costs, and the consumer may be seeing higher prices, too. As automotive companies may be grappling with a low supply of the chips they need for the now computer-dominated car mechanics, the price on the sticker might reflect this supply/demand dynamic.

Is Automotive the Only Industry Affected?

While CNN noted that the issue of the shortage had primarily affected the automotive industry, now it has trickled down to other sectors. We live in a smart world, and consumers own a LOT of smart products.

Those shopping for new products that are reliant on the brains of a computer—or more directly, a computer chip—might find that the prices could be higher on appliances and other goods. Even modern refrigerators feature smart screens and other advanced features that rely on computer technology.

Even Fido the family dog could be affected by the chip shortage. According to The Washington Post, high-tech dog washing stations might be feeling the electrical burn of the chip shortage. Other options were procured to keep the production running on the stations, according to the Post, but those alternatives were pricier as using a different chip required changing other aspects of the mechanics.

While automotive isn’t the only manufacturing sector affected, it is being hit extremely hard. Automobiles feature complicated mechanics and computerized systems, and some models are much more tech-savvy than others.

Fox2 in Detroit reported that Fiat-Chrysler actually had to announce a month-long shutdown of a minivan plant because of the shortage. Other manufacturers also had to cease production. The mechanics of a vehicle are complicated, and, as Fox2 reported, some vehicles require about a dozen computer chips.

The demand of the automotive industry on the computer chip is staggering. Ford’s Kansas City Assembly Plant produces more than 460,000 vehicles each year; divided up over each month, that’s nearly 40,000 cars…representing nearly half a million chips every month! Multiply that over all the other manufacturer’s plants across the United States, and it becomes clear why the automotive industry has been hit so hard by the shortage.

When Will It End?

Consumers likely remember a lot of shortages during Covid, particularly toilet paper. While the supply eventually caught up with demand—and people stopped hoarding—it took some time for the supply chain to fully recover and match the consumer’s needs.

Auto Blog published a story detailing how President Biden’s infrastructure plan may help the shortage; Biden was encouraging U.S. companies to boost production of chips nationally. A new infrastructure plan could infuse $50 billion into the industry to help grow production of the chips. Back in February (2021), Reuters reported that Biden sought $37 billion to help the microchip shortage and stimulate U.S. production; the blog also reported that he signed an Executive Order urging action related to the shortage.

Unfortunately, the shortage may be continuing beyond 2021. In an interview with Lesley Stahl for CBS News, Intel’s CEO Paul Gelsinger explained that it may take some time for supply and demand to be a bit more balanced.

“I think we have a couple of years until we catch up to this surging demand across every aspect of the business,” said Gelsinger in the interview with Stahl.

Shopping for a Car During the Chip Crisis

With car production shutting down in some areas because of the chip supply issues, consumers may wonder what they may face when shopping for a car. Detroit News reported that manufacturers may produce fewer vehicles—by the millions (2.5 million!).

Less supply could be an issue if more consumers are on the hunt for a new car. If demand for new vehicles exceeds supply, then prices could reflect this imbalance. While manufacturers are primarily being hit with the full force of the shortage, that little chip could chip away at consumers’ pockets too.

Car prices can vary wildly already between makes and models. Consumers shopping for a new car should be mindful of the chip shortage and may need to hunt for deals. For many consumers, though, car shopping may already begin at home (especially during Covid).

To prepare for a trip to the dealership and to ward off any sticker shock, consumers may want to visit dealers’ web sites to price popular vehicles and understand what rebates, deals and incentives are currently offered.

RelayCars’ virtual reality app can be accessed with or without a headset. The virtual reality showroom offers an array of different makes and models from many different years (beneficial for those on the hunt for a pre-owned automobile). The augmented reality app allows consumers to bring a vehicle into the user’s environment; cars can be viewed in a living room, outside or even in the garage.

These experiences help consumers filter out their vehicle preferences. By viewing different vehicles in a remote or augmented reality space, consumers can gather basic information about their favorite vehicles. Then they can narrow down their wish list to a few models and begin to research prices and different promotions offered by local dealerships.

How Will the Chip Crisis Impact the New Car Selection?

Even those who use the internet and its vast resources to narrow down their vehicle choices to their most favorite models could be in for a rude awakening at the dealership. USA Today reported on the microchip crisis in April 2021 and explained that consumers might be unable to purchase the car of their dreams, because it might not be available. Instead, consumers could wind up buying a different vehicle…perhaps a model that isn’t so tech savvy.

Of course, while the consumer may find their choices lacking at the dealerships, the biggest loser of the chip crisis is likely going to be the automobile industry as a whole. USA Today reported that industry anticipates seeing sales drop by $60 billion…just in the first half of 2021.

For consumers who find their selection limited at the dealership, the chip crisis may force them to compromise on what they want. However, consumers also could consider buying a used car that offers the technology that they desire.

Used Cars Will Be Affected, Too!

Shopping for a used car could be one way that consumers dodge the availability issues during the chip crisis. However, USA Today reported in a separate story that used car prices are rising, too. Consumers looking into the used market for an older version of their dream car might see higher prices. USA Today noted that while the prices are higher, consumers who are trading in their vehicles may see a higher trade-in value.

As demand increases, supply needs to keep up. In the used car market, the suppliers are often the consumers! While the price of a new car could be higher, those with trade-ins could balance the higher price with a better trade-in value.

Shopping during the chip crisis could become a bit more complicated. While consumers could have no issue finding their favorite car, those looking for high-end features could see few options. When researching online, consumers might want to make a car wish list complete with backup options, just in case their ideal model isn’t available.

Shopping the used market also could provide more options, but, again, prices could be higher because of the crisis. Consumers should be armed with information related to any dealer promotions, incentives or other deals. Of course, a higher down payment also could help lower the monthly payments (although not every consumer has the ability to come to the table with a large down payment).

Eventually supply will catch up to demand and the industry will recover. However, consumers should be prepared for the chip crisis to continue for a while longer. Research car choices online before heading to a dealership, then review the dealerships web site to understand model availability. Come to the dealership prepared with backup options in case that dream car is nowhere to be found on the lot.