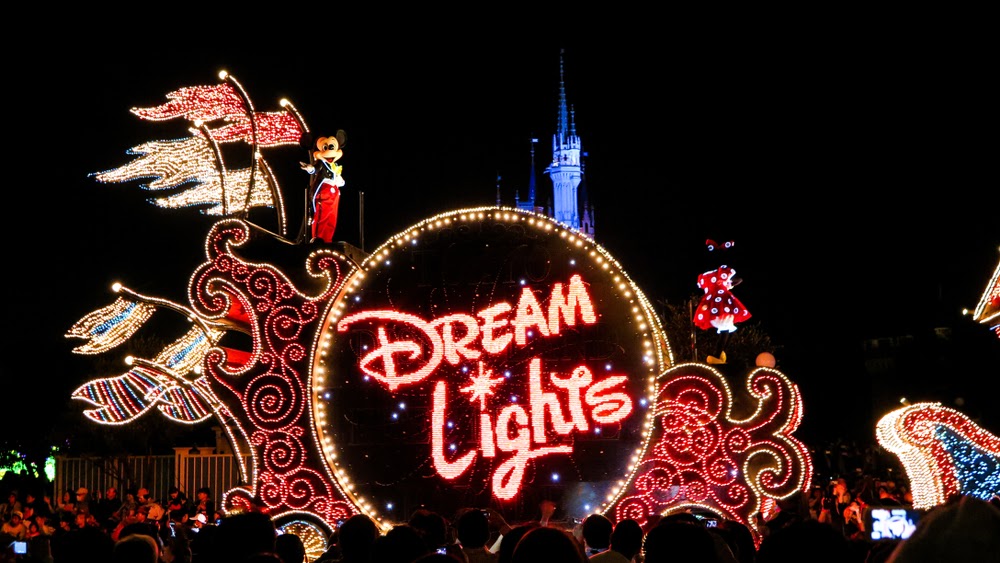 When it comes to design and decor, lighting is often a crucial yet overlooked element. Lighting a room or a display properly is crucial to successful presentation.

Disney is one company that recognizes the importance of lighting, and they’ve been in the process of developing augmented reality technology that allows users to add virtual illumination to real life objects when viewed through an AR display. Being recognized as one of the biggest brands and organizations in the world, Disney has always had a sense of cinema, incorporating this into each and every one of their theme parks. Go on any ride and pay attention to how they use lighting to accentuate a certain prop or certain part of the ride in order to achieve a certain effect for those who experience the attraction.

This is actually a useful example of effective light design. Lighting in the fountains of Epcot as well as the three new pylons ends up changing and shifting subtly throughout the night, creating an amazing ambiance that you really have to see to believe. If you sit and watch the full cycle of lights you’ll notice that the light is different at the edges of the fountain when compared to the middle. These lights turn to different colors that can be viewed from a number of angles.

Shed Some Light on the Subject

Examples of successful lighting when it comes to design and decor includes Spaceship Earth, where participants gaze upon a variety of theater-style lighting fixtures. The Sistine Chapel also uses effective scene lighting that is going to be markedly different from the lighting provided in, say, a computer lab.

Different types of lighting can even affect the mood of a space or room. Conversely, proper lighting will absolutely transform a room in its shape, size, and energy. For instance, if you have a den that is small in size, you might end up painting the walls some sort of light color, then making sure to provide extra lighting, which will end up making the room appear larger than it really is.

What’s the Big Deal About Lighting?

There is even a job called “Lighting Designer” where a person is tasked with illuminating a room or a scene — in sort of the same way that television productions or stage shows utilize effective lighting.

Lighting designers carry the responsibility for design, installation, as well as operation of lighting and additional special electrical effects that end up being used in an exhibit or a production of any sort. Lighting designers will often use some sort of light plot which specifies light placement and configuration. A light plot is used when it comes to all instruments incorporated in the project in question. Lighting designers also end up having to furnish all required and associated paperwork, which includes:

This means that a lighting designer has a ton of responsibilities and there are many moving parts to the job. Augmented reality actually stands to assist lighting designers and production coordinators in successfully lighting a production without the normal amount of equipment and ingenuity that the job would normally entail.

How Does Augmented Reality Play into Lighting?

Augmented reality is a newer thing that we’re just now beginning to realize has some serious implications when it comes to enhancing everyday life. Augmented reality and virtual reality have played a huge hand in helping video games get more expansive and immersive, of course, but AR and VR has actually helped a number of other industries and companies in a variety of ways.

The medical industry now uses AR and VR technology for research purposes as well as in surgical procedures and training modules, which helps medical students get a better idea of what their job is going to look like in the real world.

AR and VR technology are also being used by big businesses and organizations to help their workers get away from the office setting and explore new worlds, all from the comfort of one’s own cubicle.

Marketers are also utilizing AR and VR technology in order to better connect their brands and products with customers, creating newly immersive experiences that help build new brand loyalty, which translates into profit and growth.

Let There Be Light

But what can AR possibly have to do with lighting and how can one light something virtually?

Take the light bulb, for instance, which was invented in 1878 by none other than Thomas Edison. Edison began a serious experiment that would help people gain the advantage of using artificial light, rather than relying on the sun and/or candlelight. Edison filed his first patent application for “Improvement In Electric Lights” in order to make people’s lives better and easier. He did so by bringing light to a place where there was darkness, so to speak.

There are AR apps available now, for instance, that incorporate virtual lighting in order to bring a variety of experiences to the comfort of one’s own home. With the help of augmented reality, users can now enjoy the Northern Lights in their living room, even when it’s pitch dark inside or outside.

Why would people be interested in AR virtual lighting? During COVID-19 quarantine AR technology proved especially beneficial for those looking to shelter in place and experience nature in some way, shape, or form simultaneously. Many of us found out just how useful AR and VR technology can be when we’re left to our own devices and have to turn to ourselves and the items we already have for entertainment and engagement.

The technology works when a person peers through a smartphone camera, where virtual renderings are able to be layered over what we really see through our viewfinders. You can use AR technology to make a cloud start to rain virtually, or you can point your camera at a bird and have an AR interaction with it through your smartphone camera.

Disney is currently developing a new invention that could eliminate traditional lighting altogether, which has many lighting designers quite interested, especially since Disney’s new invention would mean that designers wouldn’t have to carry around so much paperwork. If Disney is successful at their aims, then lighting effects responsibilities would be mostly assigned to some sort of augmented reality viewer.

So, how does this AR virtual lighting thingy work? First, a shader and a light source generator are utilized in order to apply virtual illumination to real-world physical objects, which can be viewed through an applicable AR display.

Disney’s new system has the ability to map three dimensional objects that occur and exist in the real world. The shader helps identify points of interest on the subject/object, which end up being the object’s vertices. These vertices are connected, creating numerous polygons, which helps map the real-world object in some sort of computer.

Then, a computer-generated lighting source is applied to these special polygons that have been mapped out by the shader. As a result, the rendered scene lighting can now be displayed on top of real-world objects when viewed through an AR screen.

Disney’s patent application abstracts go into pretty extensive detail about their new AR inventions, extensive details that we’ll spare you from. Essentially, users will be able to see “virtual content specific to the interaction entity… presented to augment an appearance of the interaction entity,” according to Disney’s patent. In layman’s terms, the user will view an object through a smartphone or some sort of headset. Objects will then either illuminate and/or come to life via augmented content that is created by Disney.

The implications of such technology will enable users to, say, pick up a Mickey Mouse toy, look at their Mickey toy through a headset, and have the toy talk to you.

One thing is for certain, Disney will continue to be on the forefront of AR and VR technology due to the fact that they are so embedded in entertainment and creating a good old fashioned spectacle. When you look at Disney, you’ll always get a sense that tomorrow’s future is being made today.