Disruption in the Automotive Industry – Part 3 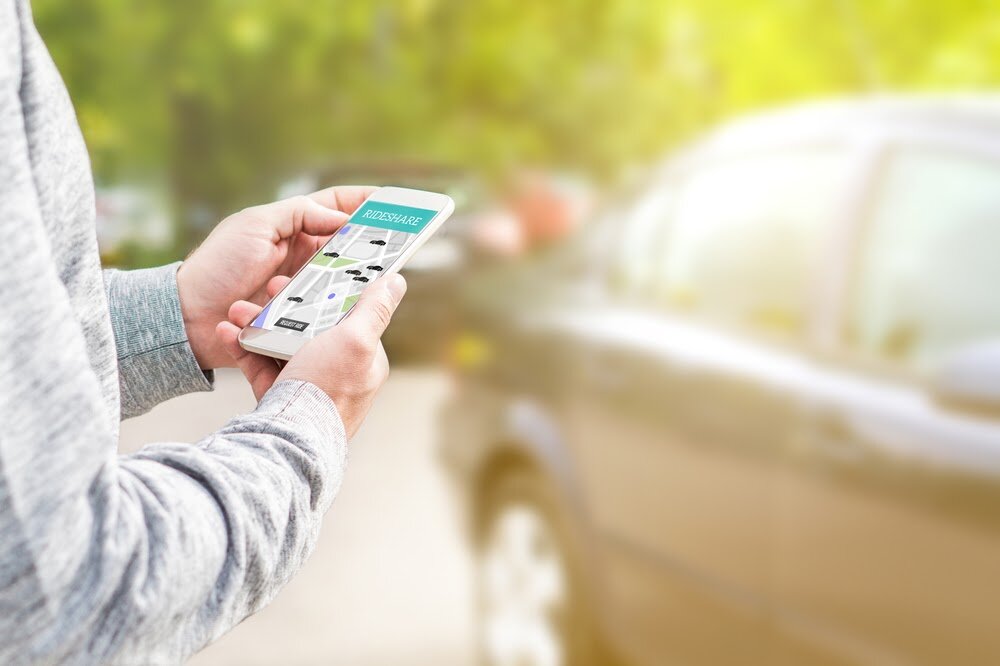 Disruption in the Automotive Industry – Part 1

Disruption in the Automotive Industry – Part 2

Two or more cars per household isn’t unusual. One for each working parent, and maybe another car for newly licensed teens. In the past, though, when only one person needed to work outside the home (and, typically, that was the man), one car was standard. In older homes, one car garages might still be found as a remnant of this bygone era. Now, though, new trends are emerging that could take households back to one…or no cars.

Could carsharing change the automotive industry, lowering demand in some ways but increasing it in others? In a report titled “Disruptive trends that will transform the auto industry,” McKinsey noted that “Consumer mobility behavior is changing, leading to up to one out of ten cars sold in 2030 potentially being a shared vehicle and the subsequent rise of a market for fit-for-purpose mobility solutions.”

What is carsharing? It’s just what it sounds like…sharing a car. It’s not quite a rental service but an on-demand service. Just like you can rent high-end garments for a special affair, car sharing services let you rent a car hourly or maybe for the entire day. And the price is a mere fraction of a typical car payment. One particular carshare company charges less than $100 per month, and the price for membership includes gas, a designated mileage per day and secondary insurance.

With most households owning or leasing some type of vehicle, the family car is a bit of an American tradition. In fact, the Bureau of Transportation Statistics reported that only eight percent of households didn’t have a vehicle. With the exception of big cities like New York City where walking and public transport can get you pretty much anywhere, suburbanites rely on their cars for daily errands and daily commutes to work.

While the BTS also noted that nearly 90 percent of individuals ages 15 and up were “reported as drivers,” this trend may be changing. According to data from McKinsey, the prevalence of licensed drivers between the ages of 16 and 24 years declined five percent–76 percent (in 2000) to 71 percent (2013).

Younger people may be eschewing the traditional driver’s license and the car. And perhaps public transportation or carsharing may be the new preference.

E-hailing is the trend of ordering transport via a mobile device; this could mean virtually hailing a taxi, a rideshare, a carshare service, a limo…whatever. Today’s consumers have many options for transportation beyond the bus, subway or personal vehicle.

This e-hailing trend, though, may disrupt the industry in some ways (perhaps by decreasing demand for personal car sales) but increase other types of auto demand. McKinsey noted that the rise of e-hailing opens up the potential for the demand of a new type of vehicle, one made for high miles and the purpose of multiple passengers or drivers.

The idea of new types of cars popping up to cater to a growing market also points to another unique feature of carsharing: choice. When consumers buy a car, they usually keep it for several years. While some trade-in for a new model before the old loan expires, others wait to pay off the loan and then upgrade. Or maybe families drive the car for a decade or until it just won’t run.

With buying, though, that car becomes a fixture in the daily life of the owner. A car isn’t like clothes. Most consumers don’t have unlimited financial means to have a 30-car garage filled with different driving options.

With a carsharing membership, though, choice does become an option. The service may provide a list of different options, like a car menu. The member gets to choose the car they want to drive for the hour or the day. One day you may be in a Ford, tomorrow a Jeep.
Carsharing also means less upkeep. Although members or users of the service should clean the car after use, there isn’t the same upkeep for the service as there would be with an owned car. Oil changes, new tires and all the obligations of upkeep aren’t there with a carshare membership.

Online experiences had to try to mimic the dealership experience. This meant that not only were virtual showrooms common, but many dealerships offered virtual test drives, too. Potential buyers could see cars driven via YouTube; scheduling a test drive also was common, and cars were delivered to the potential buyer for the test drive. Even financing could be done online.

While the virtual experiences couldn’t completely replicate the in-person experience of the dealership, many dealerships likely did their best to try to create a unique experience for online shoppers. In early November, Car and Driver reported that car sales for the month of October showed that the industry was still slowly recovering.

While many manufacturers showed a decrease in sales in October, there were also gains. For example, Car and Driver explained that although Ford’s October sales were down more than five percent, Lincoln (the high-end branch of Ford) had nearly a three percent increase in sales (2.8 percent)

During Covid, most Americans were avoiding crowds and contact with strangers. They were masking up. They limited trips. These behaviors are continuing as Covid continues to flare up across the U.S. and elsewhere. Limited trips may continue, too. And this may influence transportation choices.

In a press release, GlobalData predicted that Covid may actually boost carsharing services because people are driving less. The takeaway is that there may be less of a pull to go out and buy a new vehicle if you don’t plan to use it often.

Yasha Kuruvilla, an insurance analyst for GlobalData, said in a press release that these services also could face some issues because of Covid:

Customers must be confident that the cars are properly cleaned and sanitized after each use. And with the global community now more aware of health risks, vehicle owners may face increased premiums as insurers look to protect themselves from liability claims should someone contract an illness while using the service.

While insurance may increase for these owners, individuals who own a private car might have seen their auto insurance drop during Covid. Many drivers were hitting the road less often, and this could have been seen as a decreased risk for those insurers. Although not all drivers might enjoy a drop, as insurance costs (and the risks insurers weigh) are far more complicated than just a virus decreasing mileage.

Will Car Buying Be an Old Trend?

While carsharing is on the rise, families may still prefer owning a car. How the trend moves is a guess. Younger people could continue to move away from the driving trend or maybe just prefer to carshare. Having a family, though, also could influence the need for car ownership.

The older generations who were raised with cars and the tradition of getting a license may prefer to own a car, too. Maybe some may gravitate toward carsharing. Of course, location also may influence car ownership. Those living in big cities may prefer e-hailing to ownership. With limited space, owning a car may be more of a hassle.

Maybe car buying never goes out of style? Even if carsharing really explodes, McKinsey’s predictions might be right on the mark as they relate the possible emergence for a new type of car. Manufacturers could cater to this industry with new products and features.

What About Public Transportation?

Carsharing may be seen as an emerging trend that may disrupt the industry, but what about public transportation? Is the use of trains, subways and busses going up?

During Covid, there might have been a fear of crowded spaces—with good reason. People wanted to limit exposure. Just like many people may be driving less (thanks to working from home), public transportation also has seen a drop in riders. NPR reported that New York’s subway ridership was down to a mere fraction of what it was before Covid.

The low ridership could reflect two truths of Covid: few people were commuting, and many were scared and wanted to avoid crowds.

MIT Medical Services answered the question about the safety of public transportation for an individual who typically biked to school and didn’t have a car and who also wasn’t looking forward to riding that bike during colder weather.

MIT noted that “MBTA ridership is also much lower than usual now — less than 50 percent of pre-pandemic levels throughout the system.” That decrease is important, because, as MIT noted in its response, it allows people to distance. The safety takeaway related to the “T” was that MIT positioned it as less safe than walking or biking but not as unsafe as the gym or a restaurant.