The History of the Dodge Charger 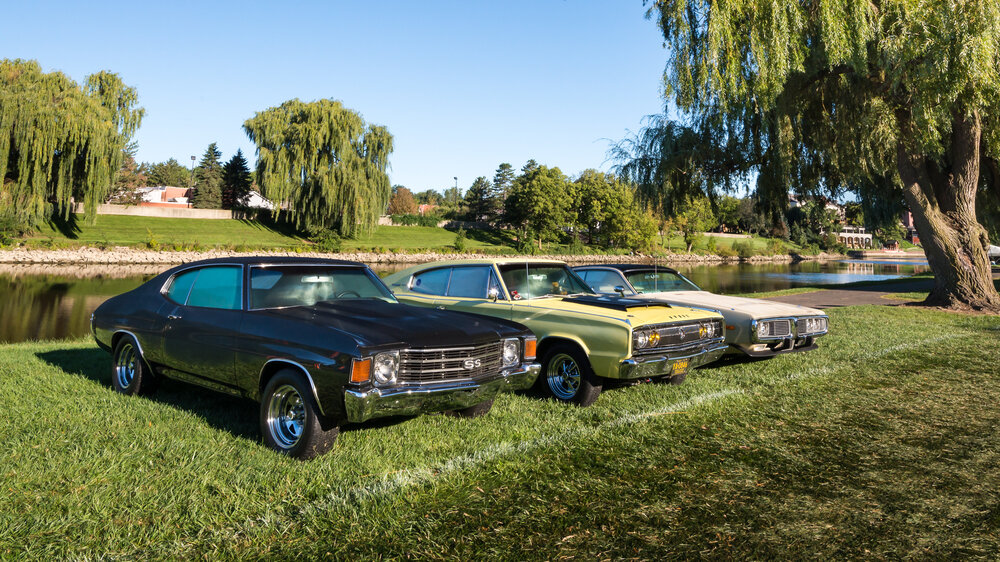 Many that hear the name Dodge Charger, instantly think about the early year classics or the latest muscle car from the series.

The Charger has been around since 1966 in various forms. Not all models were a success, and some couldn’t really be described as a “classic” muscle car.

However, they have certainly put out a few models that captured hearts and imaginations, locking them in as a great American classic.

As of now, they are back on track with popular models such as the Hellcat Redeye. The public expects brute force and a look to back it with the Dodge Charger, and currently, that is exactly what is being delivered.

So, let’s take a look at how this American powerhouse of a car got to where it is today.

This was a high competition era for the early Dodge Chargers. They were up against cars like the GTO and Chevelle. In order to get the brand out there, they needed to deliver both in style and in power to make this car catch on.

This was a 2-door fastback. The styling was sleek, wide, and low. It had reasonably aggressive flaring and indents, but also seemed to be slightly an understated muscle car for what was hiding under the hood. The roof curves down towards the back, giving it a mildly sporty look.

Depending on their budget, buyers could opt from an impressive range of V8 engines. Now, when you look at this list, consider that this power is from a 1966 car. Many cars on the market today are struggling to hit these figures:

Engines ranged from 230 horsepower, up to over 400 horsepower in the early gen models. All of these came with plenty of torque too, with the Hemi churning out a massive 490 lb-ft of torque. These were then coupled up to a 3-4 speed manual, or 3-speed automatic transmission.

Inside the 1966 Dodge Charger passengers were greeted with four separate bucket seats. A center console ran right through the interior of the car.

However, surprisingly considering its popularity today, sales of the first-generation Dodge Charger weren’t all that high. This was, however, fixed when the second generation launched in 1968.

This model not only captured those of the era but the hearts of fans for decades after. This model was intended to make an impact and that grille makes sure it does. The look was so distinct that it became a featured car in movies of the era. One of its most renowned appearances was in General Lee and The Dukes of Hazzard.

The full-width grille on what is already a wide body gives it an aggressive look. That’s then added to further by the wide body, which is low riding, and a curved roof that slopes off into the thin rear. Even the rear lights were rounded, for more individual styling.

One of the main reasons this car has such an aggressive look is at first it appears not to have any headlights. The headlights are actually sunk back and almost hidden beneath the grille itself. They blend with the bodywork perfectly and give the car a unique look.

In 1969 the Charger 500 was born to NASCAR, with a Dodge Coronet grille added for better traction and fitted with the high-end V8s. This was also followed by the Charger Daytona, with a more aerodynamic that totally did away with the flat front grille design. This model literally curved into a sharp line at the front, intending to cut through the air like a knife.

Both cars were highly successful, to the point they ended up being restricted and eventually banned from racing. They were ahead of their time for power and performance on the track.

Of course, it was not only styling, but there was some serious work put in under the hood. The engines available at the time included:

This time, these were coupled to a 3-4 speed manual transmission or two options for 3-speed automatic transmissions.

This model changed the grille once again, this time offering a divided grille. The split effect was provided with a large chrome surround that came down through the middle, almost creating a twin grille effect.

The lights were also moved into the grille area, with twin round headlamps on both sides of the split grille. While a more traditional placement for headlamps, the split grille and two lamps in each section still maintain a uniquely aggressive styling.

Of course, the roof still sloped towards the rear of the car, with both the base and upper trunk curving towards that distinctive rear flaring, set with round brake lamps.

There were also sport variations provided to the public. Due to the success of this car on the track, they were a popular model to get. These included the Charger Super Bee, Charger R/T, and Charger 500.

Sadly, this was the last time we would see this style of Charger from Dodge. Things take a dramatic turn, and many would say it was not for the better. However, keep reading, as Dodge does pull things back around as we move towards the present.

Dodge took a new direction for this series, aiming to fulfill the luxury car market, rather than the muscle car and racing style it became famous for.

The appearance was heavily adjusted to a style that resembled more of a 2-door luxury sedan. Or, as said of the era, it was a personal luxury coupe.

The roof was often a fake convertible roof, often referred to as a Landau roof. Strangely, this is where a fixed roof (solid metal, the same as a normal car) has cosmetic coverings and attachments to make it look like it is a convertible car. These would often be covered in materials such as leather or cloth to add to the appearance of it being convertible – despite it not being even semi-convertible.

The car itself had a bulkier and heavier look. The styling was less streamlined and more of a family car look. The grille was now a small central grille, although the twin headlamps remained either side of the grille. Above that, the hood was set with a hood ornament.

These were connected to a 3-4 speed manual or 3-speed automatic transmission.

The luxury cars produced by Dodge of this era were a success for a while but went out of production by 1978.

The charger had changed, it was currently no longer about raw American power, but comfort and class.

The Charger returned as an attempt at producing a subcompact hatchback coupe. The car was also front-wheel drive, something that is often not popular with muscle car enthusiasts.

These engines, unlike previous years, put out less than 150 horsepower, even on the later sports models and with lower-end engines producing about half of that power.

To put that in comparison, most initial first-gen Chargers had from 230 to over 400 horsepower (as rated at the time of production) V8 engines.

The Dodge Shelby Charger trim was fitted with the larger engine and some sportier trims and additions. If you recognized the name, this was a Carroll Shelby-tuned version of the Charger. This was upgraded further with turbocharged power of 174 horsepower, a significant improvement on the earlier offerings. Shelby later upgraded this slightly more in the final Dodge Shelby Charger GLHS.

However, this model put the Charger back out of production again in 1987, leaving a significant time gap before the Charger would be seen again in 2006.

A relaunch that was worthy of the original Chargers, their reputation, and looks being restored. Now produced as a four-door, this model brought back a lot of the muscle car styling that most want from a Dodge Charger.

It also restores rear-wheel drive and an aggressive cross split grille. Hood flares and skirting only add to the sporty look. While it is clearly designed to be workable as an everyday car or family car even, it has a much meaner look than had been seen from the charger since 1974.

The sloping roof is also back, although this time curving down into a deeper and beefier looking truck. The entire design is of a powerful and yet very solid sedan muscle car. An unusual blend, but one that seems to work.

Unlike the previous attempt at a Charger come back in 1982, this version has some powerful engine choices:

This series had a lot more options too, including AWD. The power outputs were also more similar to those of the earlier powerhouse years, churning out about 180-370 horsepower, depending on the year and options. All engines were connected to a 4-5 speed automatic transmission.

Finally, the Dodge Charger seems to be settling on a style that works, at least for the present. They have returned to their roots, providing an aggressive muscle car, albeit with more comforts and styling inside.

The flared wide-body styling is back, along with the famously feature grilles. It is also now available with not only engines that match the initial Gen 1-3 power levels but even exceed them in some editions.

The main available engine setups are:

Earlier models were connected with the same 5-speed automatic transmission of the last release. However, most have a smoother and quicker eight-speed automatic.

From 2015 customers also got meaner offerings, including a 6.2-liter V-8 Hellcat with 707 horsepower and the 2021 Dodge Charger has a Hellcat Redeye setup, with 797 horsepower.

The new Dodge Charger might be more practical as a daily car, but it certainly hasn’t let go of being a true muscle car and it seems things are only likely to continue in this direction for the Charger.