These Electric Car Companies are Electrifying the Automotive Market 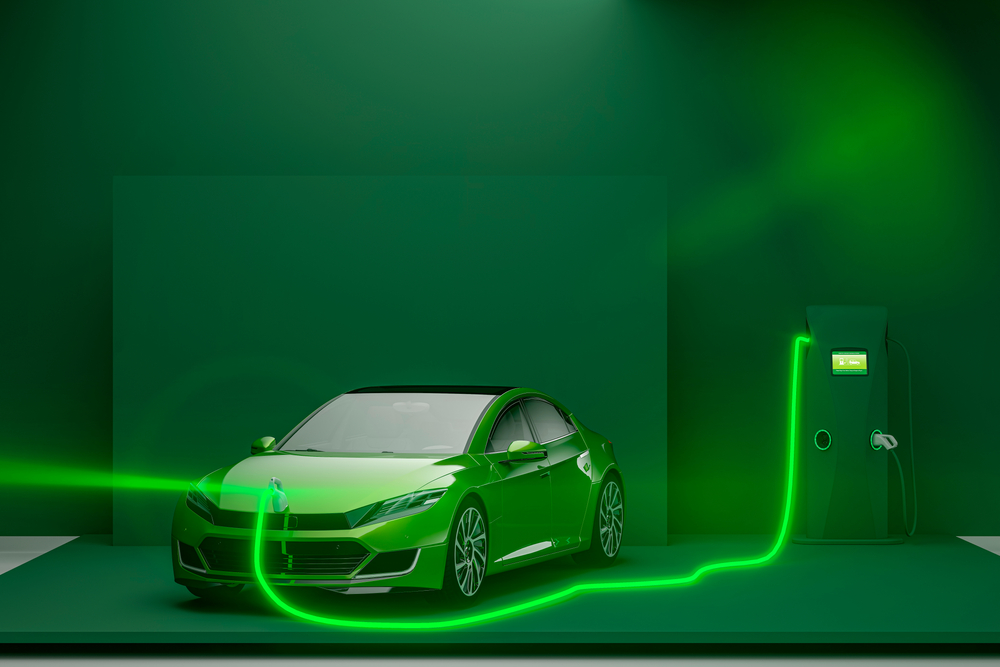 Tesla might be the manufacturer that most consumers link to the electric car movement. For years, Tesla’s models have dominated the electric market, but, as the surge toward a cleaner and greener commute takes hold, more companies are emerging as strong competitors to zap some of Tesla’s market share and sales.

Car buyers interested in swapping the pump for the plug might notice many new electric models and a few unfamiliar brands, too. Check out these electric car companies that are electrifying the automotive market and adding a spark to the daily drive.

Leading the list of electric vehicle manufacturers is Tesla. One of the biggest names in the electric car movement, Tesla produces the following different vehicles:

Tesla’s Model 3 is the least expensive vehicle in its lineup. The Model S has a base price of $44,990 and offers an estimated range of 272 to 358 miles. The range denotes how far the vehicle can travel on one full battery charge. Even the lowest-priced model in the company’s lineup offers stellar features; the Model S includes multiple cameras to provide full visibility for the driver. Sensors also provide parking assistance and warn of collisions. The Model 3 also is equipped with Tesla’s AutoPilot feature. The Model 3 has space for five. It is offered in Performance (with an estimated range of 315 miles) and Long Range (with an estimated range of 350 miles) options, which both feature all-wheel drive.

Lucid Motors is among the electric vehicle companies competing with Tesla. While Lucid might not have the same recognition as Tesla, the manufacturer has jumped to the top of some ‘best of’ lists. Lucid offers the Lucid Air, which was MotorTrend’s Car of the Year for 2022.

The Lucid Air is offered in multiple models:

With a base price of $139,000, the Air Grand Touring has an estimated range of 516 miles. The Grand Touring offers luxury standard features like Nappa leather and wood trim. The model has space for five. In addition, buyers receive three years of free charging via Electrify America. Like Tesla, there’s also an autonomous driving mode.

The Air Touring has a base price of $95,000 and an estimated range of 406 miles. The model also includes a luxury interior like Nappa leather and wood trim and has space for five. The Air Touring offers three years of charging via Electrify America. An autonomous driving mode is available as an upgraded feature.

Lucid’s Air Pure is the least expensive model in the lineup with a base price of $77,400. The Air Pure has an estimated range of 406 miles. Interior features include a leather alternative upholstery. Three years of free charging via Electrify America also is included for buyers.

Another electric car manufacturer, Rivian, offers two models (a truck and a full-size SUV) for buyers eager to electrify their drive on the highway and off the beaten path. Rivian includes Driver+ on all models as a standard feature; this provides hands-free driving capabilities.  Rivian’s models include:

The R1T has a fairly mid-range base price and starts at $67,500; what makes this vehicle unique in the world of electric automobiles is its body type—the R1T is a truck. The R1T offers an estimated range of 314 miles. The model can tow up to 11,000 pounds and features a quad motor. Standard interior is vegan leather, and this model can even go off-roading! Rivian offers three different equipment packages for the R1T (this impacts the price). The R1T has space for five.

The R1S is a full-size electric SUV, with a base price of $70,000 and an estimated range of 316 miles (a nudge more than the R1T). The R1S offers three rows of seating, has space for seven and can go off-roading, too. The model features a quad motor and can tow up to 7,700 pounds. Buyers can choose from three different equipment packages for the R1S.

Polestar offers two electric vehicles. The Polestar 1 is a limited edition model, with only 1500 across the globe. The Polestar 2, though, is moderately priced and aimed at the larger consumer market.

The Polestar 1 has a base price of $155,000, and it is a luxury ride. Masterful details include Nappa leather interior that is stitched by hand and a crystal gear shift. The Polestar 1 also isn’t completely electric; it’s a hybrid model that includes a gas engine and three electric motors. The Polestar 1 has space for four; in addition there are safety guidelines related to children in the backseat. The model offers an estimated range of 470 miles.

The Polestar 2 is a fully electric model with a base price of $38,400 (this is after a tax credit). It offers an estimated range of 270 miles and has space for up to five. Safety features include safety assistance, battery safety, inner side airbags and more. The Polestar 2 also can tow up to 2,000 pounds. Buyers can choose long range single or dual motors.

The electric market also includes multiple other manufacturers, as most companies are delving into this market. General Motors is focused on electric, and major manufacturers are rolling out electric models. Buyers can choose from many different options at different prices.

Those who are interested in buying an electric model and swapping out their standard vehicle might focus on range as well as price. In some states, electric vehicles are incredibly popular. With a rising number of electric vehicles on the road, these states may offer plenty of charging stations.

Other areas, though, might not see an electric surge. Drivers may have an issue finding charging stations locally or across the state (when road-tripping). A longer range vehicle drives further on a full charge. What are the longest range electric models on the market? Here are the top five longest-range electric vehicles:

The 2022 Mazda MX-30 has the shortest range of electric models. The MX-30 can only drive up to 100 miles on a full charge. This might be fine for those who just stick to city driving, but drivers taking the MX-30 on a long trip might need to plot out the charging stations along their route.

Use RelayCars to Explore all the Electrifying Options

Car buyers can explore all their electric options with RelayCars. The site lets buyers view cars in 3D models; turn the vehicle around and look at it from every angle. RelayCars also lets buyers preview models in augmented reality.

Using the camera from a smartphone or tablet to capture their environment, car buyers can drop an augmented reality model of a Tesla or a Polestar into their garage, their driveway or maybe in the middle of the living room. Walk around the car and explore it!

Car buyers also can shop for cars using RelayCars, too. Research the best electric vehicles from manufacturers’ like Tesla, Polestar, Mercedes-Benz, Mazda and more. Explore vehicles using immersive tools and then move on to the buying stage. RelayCars provides buyers with all the tools they need to find the perfect electric vehicle for their budget and their driving style.