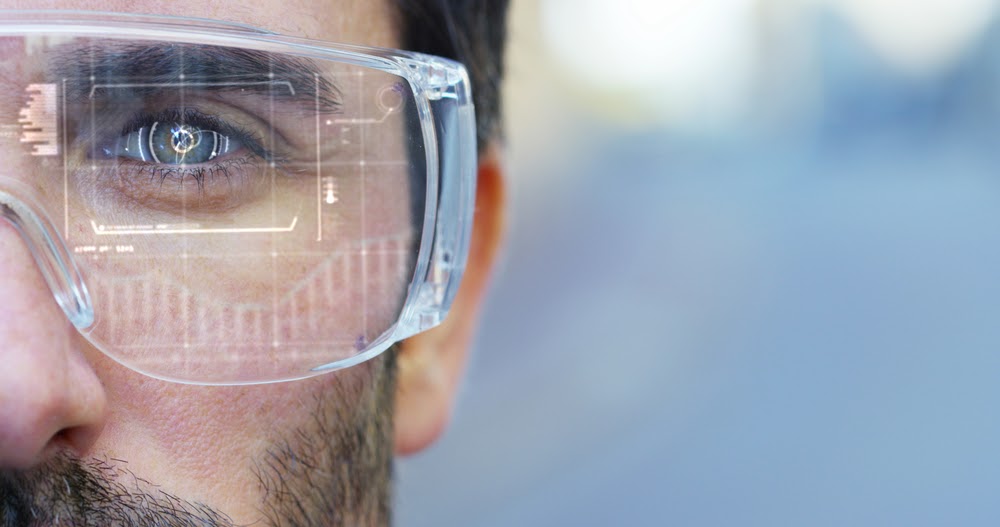 Facebook first indicated its interest in virtual and augmented reality in 2014 when the company purchased Oculus. Since this time, Facebook has invested heavily in these innovative technologies.

The team of researchers, developers, and engineers at Facebook Reality Labs are working on a number of augmented reality products, including:

The development of smart glasses is Facebook’s biggest project involving augmented reality technology. Facebook hasn’t released a great deal of information about its glasses, but the company has made a few details public.

First, the company has acknowledged that its goal is to create a pair of stylish, comfortable glasses that can eliminate the wearer’s need to use a smartphone, tablet, or computer.

Recently, a Facebook executive suggested that facial recognition technology would be incorporated into the design of the glasses. Some experts believe that this means the glasses will be protected with face ID security, which means they will only operate when they detect the owner’s face.

Facebook has also partnered with Ray-Ban and its parent company, Luxottica Group Spa, to create these glasses. This indicates that Facebook is not prioritizing function over fashion. In other words, the glasses should be stylish and appealing to consumers.

In the past, Facebook has released videos that highlight some of the many ways in which augmented reality glasses could be used. The videos show augmented reality glasses projecting step-by-step directions onto the street as a consumer tries to figure out how to get to their final destination. Another video shows the glasses helping a consumer decide what product to buy by projecting recommendations onto the shelves in front of them.

Facebook hasn’t confirmed whether its glasses will function like the glasses shown in the videos, so it’s still too early to say what features consumers should expect.

All smart glasses are designed with features that allow the wearer to interact with the information presented in front of them. For example, the Epson Moverio glasses connected to the wearer’s smartphone, whereas Google Glasses were controlled by a touchpad located on the side of the device.

Based on the information Facebook has made public so far, it seems that consumers will be able to interact with their Facebook glasses by wearing a line of “soft, all-day wearable systems.”

The first wearable that will pair with Facebook augmented reality glasses is a wristband. Facebook has not released many details related to this product, but it seems that consumers will be able to control their smart glasses by moving their finger across, tapping, or flicking their wristband.

Facebook has also mentioned introducing a pair of “soft, lightweight haptic gloves” that will pair with the company’s augmented reality glasses. These gloves would allow the wearer to use a virtual screen and keyboard projected in front of them to control the information displayed on their smart glasses. This would make it easier for consumers to quickly search for information or perform other tasks without pulling out their smartphone or tablet.

Spark AR is a Facebook platform that allows you to build augmented reality effects and experiences that can be used on Facebook or Instagram. You don’t need to be a tech expert to use Spark AR. In fact, the platform includes step-by-step guides and video tutorials to help users who have never worked with augmented reality technology before.

Spark AR allows you to import your own files and 3D objects or pull them from Facebook’s extensive asset library. There are even easy-to-use templates that you can build off of to create your own custom augmented reality experience.

Once your creation is complete, publish it so other Instagram and Facebook users can enjoy it. This platform can be used in many different ways. Some users build augmented reality effects that can be used as Instagram filters, whereas others build experiences that allow users to interact with and manipulate digital objects.

During the COVID-19 pandemic, Facebook introduced a new category of augmented reality experiences available in Spark AR that would enhance video calls between Facebook users. Now, consumers who are using Facebook to place a video call can add interactive augmented reality effects to their conversation.

Businesses can benefit from Spark AR, too. Companies can create branded filters that consumers can apply to their Instagram stories or photos. Businesses can also use Spark AR to allow customers to virtually try on cosmetics, clothing, shoes, sunglasses, or other products using their smartphone. Furniture companies can use this platform to help consumers visualize what specific pieces of furniture would look like in their home.

The augmented reality effects that are created in Spark AR can even be applied to Facebook Ads, so businesses can run interactive, innovative ads that are sure to grab consumers’ attention.

When Will Facebook’s Augmented Reality Devices Be Available?

Despite these challenges, Facebook is still committed to developing augmented reality glasses, but it’s unclear when these glasses will be available to consumers.

Last year, Facebook announced that it would reveal its first pair of smart glasses at some point in 2021. However, these glasses have been described as “the next step on the road to augmented reality glasses,” which means they won’t have augmented reality capabilities.

There’s no telling when Facebook will release its augmented reality glasses, but for now, consumers can look forward to the company’s first smart glasses, which should be available by the end of this year.

What’s Next for Augmented Reality?

Mojo Vision is in the process of developing augmented reality contact lenses designed with a display that is the size of a grain of sand. The first version of these contacts will be designed solely for the vision impaired.

These contacts will use augmented reality technology to magnify objects, clearly display text, and darken the contrast between different colors to make objects more noticeable. Mojo Vision hopes that focusing on these contact lenses first will help them quickly get the stamp of approval from the Food and Drug Administration.

However, the company eventually plans on releasing augmented reality contact lenses for all consumers. These lenses are not designed to help consumers with their vision, but rather to present important information to them in their field of view.

For example, say you are sitting at home and someone rings your doorbell. If you’re wearing Mojo Vision lenses, you may immediately see a live feed of the video from your doorbell camera projected in front of you.

The lenses may also be able to provide navigational assistance, weather updates, breaking news, and other information. The lenses fit just like other contacts, so no one else will be able to tell you’re wearing them.

Mojo Vision says the lenses may be powered by an external battery pack that the wearer carries with them. The lenses will also need to connect to the internet via the wearer’s smartphone or another device.

There’s still a long way to go before Mojo Vision’s prototypes are available for sale, but once they are available, they could potentially disrupt the augmented reality wearables market.

Many industry analysts believe that Apple will release its own mixed reality headset by the end of next year.

Experts also believe that the mixed reality headset will be designed with 8K displays, eye-tracking technology, and as many as 15 cameras on the inside and outside of the headset.

Over the last several years, Apple has been incorporating more advanced virtual reality and augmented reality features into its smartphones, so it wouldn’t be surprising for the company to branch out into mixed reality headsets. Furthermore, Apple recently acquired NextVR, which is a virtual reality streaming company, and Akonia Holographics, which is a company that manufactures lenses specifically for augmented reality headsets.

These transactions, along with the patent filings, indicate that Apple is working on a mixed reality headset.

Augmented Reality in the Automotive Industry

Video conferencing has exploded in popularity as a result of the COVID-19 pandemic, which forced millions of employees to work remotely. Video conferencing essentially replaced in-person meetings for remote workers.

However, this technology is far from perfect. Many remote workers find it uncomfortable to stare at their co-workers on a computer screen for an extended period of time. Fortunately, experts believe that augmented reality can be used to solve this problem.

Remote workers could use augmented reality video conferencing to project three-dimensional, photorealistic versions of their co-workers into a meeting space. This way, remote workers wouldn’t be stuck staring awkwardly at their co-workers for the duration of the meeting. Instead, they could use augmented reality to conduct a virtual meeting that feels more like an in-person meeting. This may help address “Zoom fatigue” and satisfy many remote workers’ desire for more face-to-face communication.