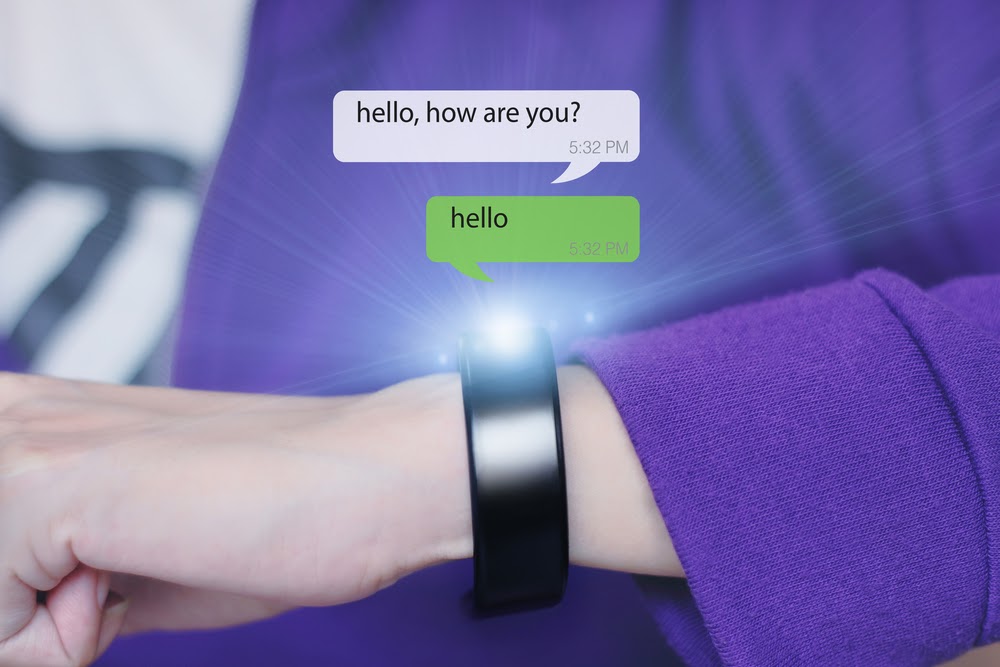 In March 2021, Facebook posted a video and an article looking at the possibility of wearable wrist technology that incorporates augmented reality. The company explained that it’s busy working on augmented reality glasses and envisioned a future of human computer interactions (or HCI). The company further explained: “Two of the most critical elements are contextually-aware AI that understands your commands and actions as well as the context and environment around you, and technology to let you communicate with the system effortlessly….”

The technology for HCI would need to involve deep understanding on the part of AI to understand or inference “…about what information you might need or things you might want to do in various contexts, based on an understanding of you and your surroundings, and will present you with a tailored set of choices.” However, the company believes that this technology won’t become a reality in the near future.

What could possibly be on the horizon for augmented reality is wearable tech like a bracelet. Facebook originally conceived their envisioned tech as glasses, however the company felt that the technology would be more suitable for the wrist, as a type of bracelet. The technology could be used anywhere, but privacy also was an important concern. In addition, the company explained that the tech would need to be easy to use, but smart or, as Facebook notes “intuitive.”

The ideal way that Facebook conceived that such technology could exist was in the form of a bracelet. The technology could be worn easily and could interact. So why was a bracelet the best choice? It’s close to the hands, which gives the wearer an easy way to interact with the device. The bracelet would include electromyography (EMG), which “…uses sensors to translate electrical motor nerve signals that travel through the wrist to the hand into digital commands that you can use to control the functions of a device.”

According to Facebook, these “neural interfaces” would allow the individual to control the technology; so, in many aspects, this would be the opposite of the idea of AI taking over. So how would the bracelet be used? Hrvoje Benko, the research director for Facebook’s Research Labs (FRL), explained on the company’s web site that the wearable could interact with augmented reality glasses.

“We believe our wristband wearables may offer a path to ultra-low-friction, always-available input for AR glasses, but they’re not a complete solution on their own — just as the mouse is one piece of the graphical user interface,” said Benko on Facebook’s tech site. “They need to be assisted with intent prediction and user modeling that adapts to you and your particular context in real time.”

And the tech could be predictive. The device could understand that what you’ve done in the past would be done in the present, too. Daily patterns could translate into aiding this predictive technology. If you call your mother at noon everyday, the device could start to understand that this is a daily task worth a prompt. Suddenly, the user could be asked if you want to talk to your mother. On Facebook’s site, Tanja Jonker, Research Science Manager for FRL, talks about the tech predicting daily runs (if this is a habit)…and having the tech ask if it should stream the running playlist.

Touch also may be a part of this wristband. One of the details that might be important is ‘haptic feedback,’ or physical signals to the user. Facebook explains that this could be used via separate pulses for important emails versus emails that aren’t such a high priority.

Several wristband prototypes are being built that, according to Facebook, will help them delve deeper into the world of wristband haptics. The two prototypes currently include the Bellowband and the Tasbi (which was named for an acronym meaning Tactile and Squeeze Bracelet Interface).

During development and research of all this technology, Facebook noted that it also was investigating all the privacy, security and safety issues and implications of the possible technology.

“We think deeply about how our technologies can positively and negatively impact society, so we drive our research and development in a highly principled fashion,” said Sean Keller, FRL Research Science Director, via a story on Facebook’s site. “with transparency and intellectual honesty at the very core of what we do and what we build.”

So when would the wristband or bracelet debut? The story is still unfolding, but the technology is obviously very much underway. Technology Review wrote a story about the wristband and noted that the bracelet has an appearance of “…a clunky iPod on a strap”. The writer wasn’t yet able to test it out.

Still, this technology—and likely the look of it, too—is still in the prototype stage. That clunky appearance could evolve into something sleeker. As Facebook hasn’t formally announced any sale date or any date that the device could enter the market, anything is possible for the wristband.

Facebook also offers Spark AR, which allows users to create their own effects or augmented reality experiences that can be used on both Facebook and Instagram. Interested individuals need to take a Spark AR class, however, to learn how to use the technology.

However, Spark AR is seemingly accessible for anyone with an interest. There is an entire curriculum for Spark AR that begins with the course “Introduction to Augmented Reality.”  FAcebook also offers a community where creators can share their knowledge. The Spark AR Forum is a hub where creators or interested individuals can ask questions or post on topics related to augmented reality. For Spark AR, users will need a Facebook account.

What about Facebook’s Smart Glasses?

The internet has been buzzing about different augmented and virtual reality products from different tech players. However, Facebook’s upcoming smart glasses may be the public’s introduction into what is to come for the company.

The glasses will be in partnership with Luxottica, the company that owns sunglasses brands including Maui Jim and Ray Ban. Facebook x Ray-Ban smart glasses will not include augmented reality, however. The teaser video that was posted via YouTube offered little about the new glasses. Consumers don’t even know if these glasses will be in Ray-Ban’s signature Aviator or Wayfarer model, although the Wayfarer would probably be a great choice because of the model’s substantial frame.

Consumers can be on the lookout for these new glasses, which should arrive sometime this year. Exactly when the glasses will drop, however, and how much the glasses will cost has yet to be announced.

The Future is Augmented and Virtual

For many in the tech sector, the biggest project in the works is the autonomous car. Many of the tech titans are in the midst of developing some type of self-driving vehicle. Currently, robotaxis are being tested in several cities. Amazon is testing its Zoox robotaxi in San Francisco, Las Vegas, and Foster City, Calif.

Waymo is already offering robotaxi services in Chandler, Ariz. Waymo is a subsidiary of Alphabet, Inc. (aka Google’s parent company).

Is Facebook building a car, too? According to a story published by CNBC, Sheryl Sandberg, Facebook’s Chief Operating Officer, stated at the Frankfurt Motor Show in 2017 that the company was “…the only company in Silicon Valley not building a car.”

Anything can change in the world of technology, however. In the meantime, Facebook may be changing how consumers interact on a daily basis. By creating a wearable device that can work with a pair of glasses, calls, emails and other activities could be predicted with our wrists. The technology could possibly have implications beyond just glasses, too. Again, as technology evolves, the devices evolve, becoming more complex, insightful and adaptive to our habits and our lives.

There is no exact timeline for many of these developing technologies. While robotaxis are servicing one city in the United States, there may be some time before they become adopted into all cities as a mainstream form of transportation. Like the robotaxi, Facebook’s wearable band may be the beginning of more complex technology. Who knows maybe in the future a wristband could interact with the car. Perhaps augmented reality wristbands interact with our home, too. While the future is a question mark when it comes to technology, augmented reality and virtual reality may become a big part of our future world.