Ford Edge vs. Escape: The Differences Between these Two SUVs 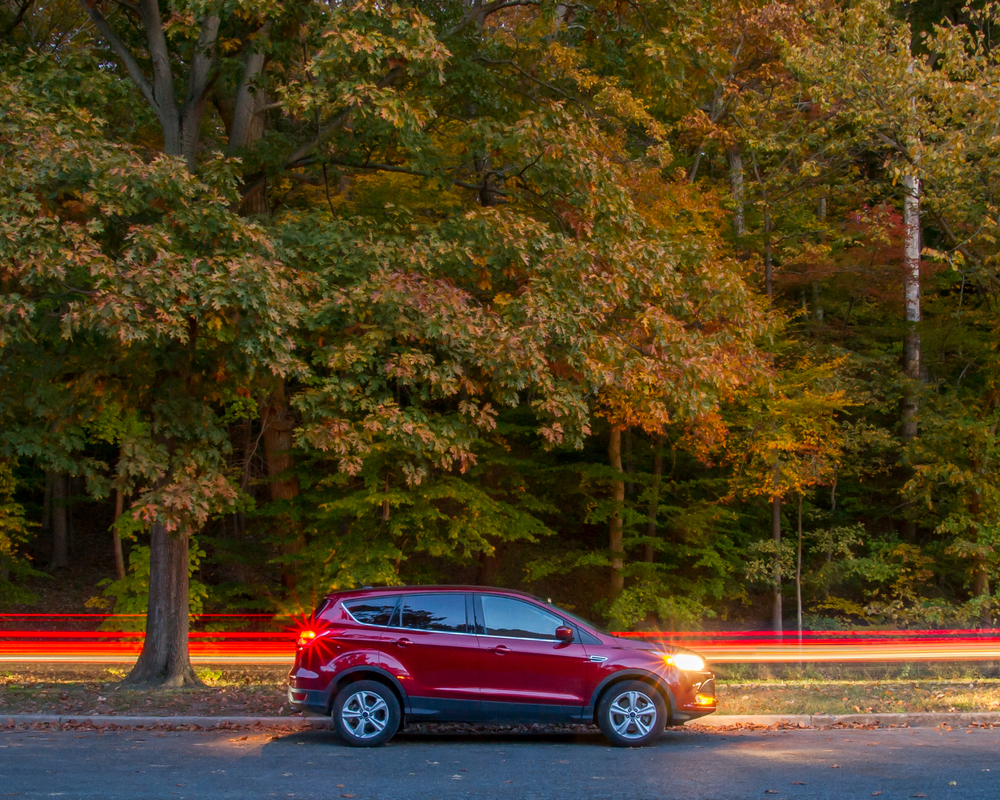 In the 2000s, SUVs usurped minivans as the dominant family car on the road. In 2021, SUV models accounted for 75 percent of the most popular vehicles sold in the country; 15 out of the 25 best-selling vehicles were SUVs.

Ford’s F-Series has remained the best-selling vehicle in the country for four decades. However, Ford’s SUVs also are popular with consumers. The Ford Escape was the 23rd most popular vehicle of 2021, and the Ford Explorer ranked 14th. The Ford Edge didn’t rank, but it’s another SUV option. What’s the difference between Ford Edge vs. Escape?

Here are all the similarities and differences between the Ford Edge vs. Escape.

The Ford Escape and the Edge mainly differ by the space that they offer. Both can fit up to five passengers. However, one offers a bit more legroom and headspace.

Ford Edge vs. Ford Escape: The Price of Both SUVs

Both the Edge and the Escape are offered in different trims; the Edge also allows buyers to select hybrid or plug-in hybrid options.

Ford Edge vs. Escape: Is One Safer?

The Insurance Institute for Highway Safety provides consumers with safety reports for every make and model. The IIHS conducts rigorous crash tests to determine the safety of vehicles. The safest vehicles are given a Top Safety Pick+ or Top Safety Pick rating/award.

When comparing the Ford Edge vs. Escape, is one model safer than the other? Both the 2022 Ford Edge and the 2022 Ford Escape received a Top Safety Pick rating/award. Those who feel safer with a larger automobile, though, might choose the Edge.

Ford Escape vs. Edge: The Fuel Efficiency of These SUVs

SUVs weren’t always known to be the most fuel efficient vehicles; some might even be gas guzzlers. However, the fuel efficiency of SUVs has improved over the years. Now many brands offer hybrid or plug-in hybrid options for popular SUV models.

Buyers who choose hybrid options can further maximize their fuel efficiency; the Escape SE Hybrid (the least expensive hybrid) can get 44 MPG in the city and 37 MPG on the highway.

Which is Bigger Ford Edge or Ford Escape?

Both the Edge and the Escape can fit up to five passengers. However, the Edge is the larger SUV; it offers more cargo space behind both the front seat and the second row, too.

The Edge also provides more space for the front seat passenger and the driver, too. The Escape barely nudges out the Edge for legroom (it offers 1/10 of an inch more of space).

Edge vs. Escape: Which Has a Better History of Dependability?

Every year, J.D. Power names one vehicle in each class or segment as the most dependable. The award is based upon the scores of car owners; models are three-years old when rated (2021 winners were 2018 models). The Edge and the Escape were placed in different categories based on their size differences.

The Ford Escape placed 8th for dependability out of 13 compact SUVs. The Escape received a total score of 80. For Quality & Reliability, it received an 83. When rated for Driving Experience, it received a 79. It only received a 76 for Resale Value.

The Ford Edge placed 11th out of 19 midsize SUVs for dependability. The Edge received a total score of 80. For Quality & Reliability, it received an 82. When rated for Driving Experience, the Edge scored an 80. It received a 77 for Resale Value.

Ford Escape vs. Ford Edge: Which Model is the Best?

Both the Ford Escape and the Ford Edge score fairly evenly when compared by dependability and safety. For buyers, the choice between the two may come down to size, price and fuel efficiency.

The Escape is the most affordable choice. In addition, the Escape lineup also includes many different hybrid options. For buyers who want to maximize their fuel consumption, the Escape could have the edge over the Edge.

Other buyers might need the space offered by the Edge. Those who need to haul lots of sports gear or equipment might prefer the Edge.

What about towing capacity? Is one model better for buyers who need to tow small trailers? Both the Escape and the Ford Edge have a towing capacity between 1,500 and 3,500 pounds; while the Edge is larger, the size doesn’t give it greater towing power.

Use RelayCars to Explore Both Models

Buyers might not be sure which model is best for them. While dealerships could offer a slideshow of images for the Edge and the Escape, these one-dimensional images might not provide the info that buyers need to make their final choice.

How does this work? The 3D imagery is interactive; just use a fingertip to turn the vehicle around or explore the interior.

When choosing between two similar models like the Escape and the Edge, RelayCars can provide immersive data to enable shoppers to fully understand the size and design differences. Images aren’t just pictures; they are interactive experiences. Look around the interior of each model; check out the space in the back seat and the front seat, too.

RelayCars also provides pricing for each different make/model and specs, too. Compare models using this data and to better understand how each measures up related to power, space and more.

RelayCars includes thousands of makes/models in its inventory. Buyers can explore as many vehicles as they want. The site is open 24/7, and this means buyers can research their options anytime and from anywhere. Download the app or visit the website today to start exploring.