The Future of Hearable Technology 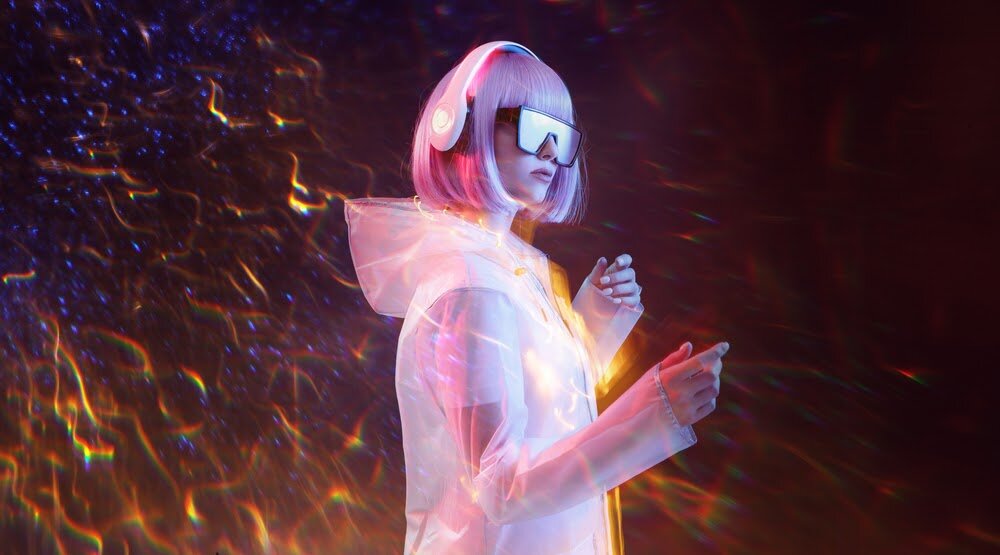 Virtual and augmented reality advancements in our phones, computers, tablets, and even the tech within our vehicles means that our devices are now verbally and visually communicating to us around the clock.

The future of hearable technology is as open as the future of technology itself. While many of us view our headphones or earphones as just the little speakers that we can plug into our ears to personalize our auditory experience, these small extensions of our devices have the potential to become…smart. Incredibly smart, actually.

New auditory advancements are turning up the volume on what we once considered to be mere accessories to our major devices. Now hearable devices are becoming must-have gadgets independent of phones, tablets or music players. Here are some predictions as to what the future holds for your ears…and even some technology that failed to grab our ear. Listen up!

How Do You Use Hearable Devices Now?

When we try to comprehend how we will use hearable tomorrow, next year and in the far off future, it’s interesting to look back at how this technology has evolved in our daily lives. Most of us probably conceived of hearable tech as simple headphones or earphones. Maybe a friend or family member utilized hearing aids and that technology became familiar.

The evolution of hearable tech has creeped up on us…almost silently, even though we were always listening. Earphones now stream movies. We listen to podcasts. We also use our earphones or headphones to keep teleconferences private. Headsets have integrated microphones that are used for conferencing or even social experiences like gaming. Throughout the decades, sound quality has improved, headphones have become less cumbersome, and technology has advanced.

In the ‘80s, we may have listened to our favorite tunes while donning the foam covered earpieces that were ubiquitous to the Walkman. In the new millennium, maybe a new pair of Beats headphones changed the way we heard music. Now, our phones often feature tiny earphones with incredible sound quality. Some of these earpieces are even wireless.

But not all hearable tech has revolutionized our lives. Some new discoveries had amazing potential to transform daily life but simply didn’t grab our attention…or our wallets.

The Hearable Future that Could Have Been

Back in 2017, Wired reported on Doppler Labs’ eventual demise. Doppler had produced earphones that cancelled out noise, amplified a speaker’s voice and even translated foreign languages for the listener. Its product seemed promising, but it simply didn’t catch on in the way that Apple’s Airpods and other products did with the general public.

The features of the earphones, though, showed the potential of this sector of technology. Translating foreign speakers to ease communications may be a solution that many business leaders could demand in future hearable devices. During the worst days of the Covid pandemic, most businesses were working from home. Hearable technology with translations built in could have been a beneficial accessory that reduced the need for translators…or perhaps written on-screen translations.

While new tech that features translation capabilities might not be in the very near future, major players in the market are looking to introduce new–and improved–hearable tech.

What You Might Hear Soon: Hearable Tech of the Future

For those looking to upgrade their ears to the latest new headphones or earphones, there are new hearable tech products that will soon be hitting the market. In fact, the anticipation for Apple’s Airpods3 has been bustling on the internet.

Unfortunately, no one knows when Apple may release the updated AirPods. And tech experts also can only guess as to what new features they might include. Apple AirPods2 featured wireless charging capabilities and Siri functions, too.

A visual concept of the Apple AirPods Studio earphones, however, has apparently leaked, according to techradar. These new headphones will be over-the-ear versus the traditional bud in the ear design. The features have not been disclosed, and details were not provided by Apple but came from a “reputable leaker.”

Ear for the Future? A Possible Smartphone Hearing Piece

This isn’t a hearing aid in an assistive technology definition, but Fast Company reported that major companies like Apple, Google and Amazon are all in the midst of developing their own unique hearing aids that take convenience directly to the ear.

However, what these hear pieces will feature is anyone’s best guess. Fast Company posited that they could track oxygen saturation and even count steps—this theory was linked to the fact that all three companies have plans to enter the healthcare sector.

Of course, as the article noted, all three of these companies offer ‘virtual assistants’– Google has Google Assistant, Amazon offers Alexa and Apple devices utilize Siri. These virtual assistants have the potential to be intricately intertwined with our daily lives and habits.

If Amazon did release some type of hearable technology, the features could be amazing! Imagine if Amazon released a hearable tech that utilizes Alexa. This could mean that the earpiece could pick up commands and the user could interact with Alexa with just a small hearing aid like device.

What could Alexa do with a hearable?

Apple could build smart tech into the airpods so they can connect to Siri and follow through on actions. If Siri is always in your ear, then you can maintain two way communication between your smartphone and Siri.

It’s interesting to think about what these technology giants could introduce into the world…and how new hearing technology could ease our daily interactions.

All major tech players–Apple, Amazon, Microsoft (we can’t forget Cortana!) and Google–also could integrate the Internet of Things into earpieces.

Siri, Cortana, Google Assistant and Alexa could control everything in the house…from the ear! Anything in the home that could connect to these virtual assistants could stream into our ear. Smart appliances utilize these assistants, so imagine sitting in a home office and having Alexa tell you that your oven is preheated. Or that the dishwasher has finished a cycle. No time to take the clothes out of the dryer? Tell the virtual assistant via the earpiece to start the dryer for a fluff cycle.

Hearable technology features from tech giants are simply speculative at this point. Until Apple, Amazon or Google make any type of formal announcement, most of us can simply ponder and wonder about what our ears, coupled with voice technology, may control in the future. However, hearable technology developed for individuals with hearing impairments already allows some wearers to control the Internet of Things via the ear!

Predicting the Latest Technology to Assist Individuals with Hearing Impairments

Hearables as used as assistive communication devices have their own unique demands for advancement. As technology becomes more intertwined with our daily lives, those who depend on hearing aids to communicate also need to be able to access their phones and devices in the same way as other users. However, putting a phone receiver—even the smartphone—up to the hearing-aided ear can be cumbersome. Phones not only can accommodate hearing aid devices but many also can allow these devices to connect to features to stream music, movies and everything else directly into the hearing aid.

Most devices also can connect to hearing aids via Bluetooth. Some hearing aid manufacturers–including Widex and Phonak–even offer apps that allow users to modify their hearing aids via their phone. The user simply logs into the hearing aid app and can change different settings or even review data (depending on the app’s capabilities and functions).

There are numerous hearing aid manufacturers and hearing aid models. Some offer advanced capabilities, others aren’t quite as high tech (especially earlier hearing aid models). Some models even allow users to connect into the Internet of Things via an app (and by utilizing the If This, Then That service); this alerts users that someone is at the door or when the wash cycle has completed!

Hearing centers that provide diagnostic services for those with hearing loss also have their own predictions on the future may hold for hearable technology. Connect Hearing talked to several of its own hearing specialists about what the future for hearing aids. Over the years, this technology has advanced tremendously.

Hearing aids—in very early times—were once large trumpet-like devices that were placed in the ear. Today’s hearing aids, though, can connect wirelessly to Bluetooth devices and can even be used with smartphones.

Jody Progue, an audiologist for Connect Hearing in Denton, Texas, told the company that newer hearing aids may become even more convenient for users, allowing easy access to most devices.

“I anticipate we’ll also see more universality, such as hearing aids that connect directly to any device via plug-and-play,” said Progue on the Connect Hearing site. “New hearing aids like the Phonak Audéo B Direct, they are truly hands-free. To answer the phone, all a user needs to do is press a button on the hearing aid and say ‘hello’.”

When Connect Hearing asked the experts “What will hearing technology look like in five years?,” the hearing specialists had some almost space age predictions!

“Artificial intelligence will be integrated into hearing testing and fittings,” John Cummings, a hearing instrument specialist for Connect Hearing in Baltimore, Md., said on the company’s site. “This will improve the overall product offerings and reduce costs as more of the global population accepts and purchases them. Users will also be able to seamlessly connect with the most cutting-edge fitness products.”

Imagine the Sounds In the Far-Off Future

If the near future could bring us hearable devices that might utilize voice assistants like Siri or Alexa, the far-off future could involve virtual or even other types of augmented reality. Perhaps hearing aids allow us to navigate our self driving cars by connecting into the vehicle. Or maybe the ear devices pick up our instructions and graphically display our commands via holograms or augmented scenes.

Could Wikipedia evolve from a simple web site to a holographic interactive virtual realm that takes us into history…via our ear devices? Perhaps our hearable devices contain our personal information or even our financial accounts and our hearable technology will be able to transmit this information securely to other devices to make purchases, appointments or perform other services.

The size of hearable tech may change, too. We’ve watched as smartphones have become sleeker in design; while phone screens may constantly increase in size, diminutive hearables may be a major demand for those who want to avoid a clumsy and cumbersome earpiece. Earphones may become incredibly tiny and might even become personalized to the wearer. We may, one day, be fitted with our hearable tech.

As technology overtakes our physical reality, our imagination can go wild thinking of all the possibilities. The minds of programmers and engineers, however, may discover and create worlds, ideas and software that will jolt us into a new age, an advanced tech renaissance. Twenty years ago, we couldn’t imagine a cell phone that would allow us to access shopping, banking, movies, music and the internet. Now our smartphones manage everything, and, of course, they make basic phone calls, too.

Tonight, tomorrow when you plug in your earphones or headphones, imagine all the new features those phones may offer next year. Or five years from now. In the future, there’s no telling what we might hear.