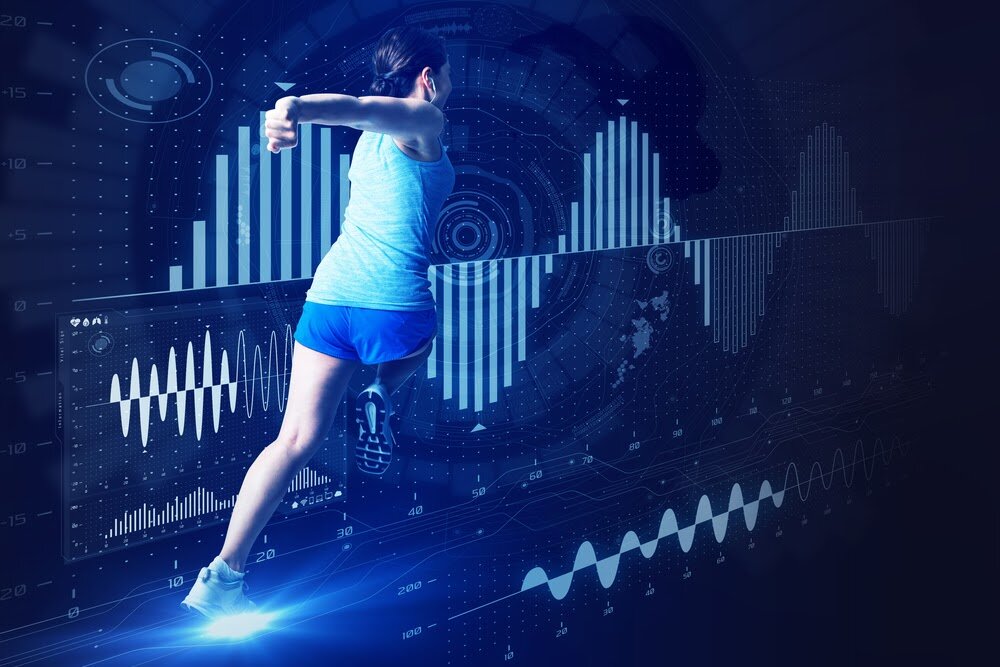 Running with a partner doesn’t just make the run a bit less monotonous, but that sidekick also can push a training runner to step up their pace and help them hit personal fitness goals. Some runners, though, may prefer running solo while still wanting that push for accountability and competition that a partner provides.

For these runners—those who pound the pavement solo—a virtual competitor may help them step up their pace and push them to their full potential. The Ghost Pacer, an augmented reality holographic running partner, is a latest development in augmented reality/virtual reality technology that may help athletes outrun their competition.

Ghost Pacer is a “mixed reality” hologram that runs against users, but this holographic image doesn’t just pop up alongside runners. To activate the Ghost Pacer, users wear glasses that are designed to mix the real with the virtual world—in this case a virtual competitor.

Runners can see and visualize all their natural surroundings, but they also see a three-dimensional hologram of a competing runner as they train. The image is a bit futuristic, but very detailed. According to the company’s website, Ghost Pacer features “30 degree AR field of view” with a holographic resolution of nearly 4,000 pixels per inch. The glasses also are noted—per the company—to be “three-times lighter than a pair of Beats headphones.” The tech isn’t going to weigh down a runner!

For runners who are pushing to beat their time, creating an individualized training protocol is important. Every runner has a different goal, and there are many individualized aspects that the runner must consider to meet their goals. Endurance, experience and any physical limitations may be part of the goal setting approach.
Beginning runners may simply want to hit a mile goal, with no focus on how long it takes them to get there. More experienced runners may zero in on beating a specific time. Ghost Pacer is designed to meet the individualized needs and goals of each individual.

Runners can program Ghost Pacer to be ahead of them, at a set speed or even push the virtual competitor to be a tougher competitor; the company’s site states that users can make the avatar more competitive with each run. Ghost Racer also includes data from Strava so runners can find recommended routes for their run.

While Ghost Pacer creates an image of a competitor, runners also can challenge their friends via the device. How does this work? According to the company, users can use their friends’ Strava data and incorporate it via their own run. If a friend ran a specific route in 20 minutes, a user can set this as the baseline for their own race. The holographic runner would then run the pace of their friend.

This creates an interesting competitive setup. If an individual raced against a friend who set a difficult goal for a route, the user could use this to help them meet, exceed or just come close to this tough baseline. For runners who may lack the experience of their friends, the technology also removes the not-so-fun issues of running with a faster and more experienced friend; there is no pressure for the better runner to slow down to keep the pace of their friend, and, for the less experienced runner, the fear of not being able to keep up becomes less of an issue. The race, then, becomes all about pushing personal goals and trying to maximize individual speed and endurance.

Running boosts the heart rate; pounding the pavement gets the blood flowing and is serious aerobic exercise. Runners with access to a smartphone can download the Ghost Pacer app via their phone to help determine the best run, as the tech “analyzes your workout history to build customized workouts for you.”

What isn’t clear about Ghost Pacer, though, is if it also keys into health data from an iPhone or other device. Since running is a serious workout, not only would heart rate analysis be crucial (in fairness, the app does seem to track this) but more specific data like calories consumed/burned or other individualized health parameters could also be helpful in providing runners with better tailored workouts.

The Future of Running?

Is Ghost Pacer’s tech the future of running? Many runners team up with friends, colleagues or other runners to increase their stamina, improve their time and, ultimately, give them some visual accountability during their run. The technology from Ghost Pacer now can provide all runners with a partner to help maximize their competitive edge.

This type of technology could be utilized in the future as a training tool in school athletic programs or maybe even professional athletic programs. With a holographic competitor pushing the individual, teams could see increases in speed and endurance. In the time of social distancing, a technology like the virtual hologram also could keep athletes safer while still pushing them to hit their personal goals.

The high-tech offerings of Ghost Pacer could be the future of athletic training, but one of the most interesting takeaways of the technology is what lies behind the glasses…or, rather, who is behind the glasses. Ghost Pacer wasn’t designed by some twenty-something athletic trainer with ties to Silicon Valley. The glasses—the technology—were developed by two high school students from Lakeside High School.

Lakeside might be a hidden pool of tech talent, though, as Gadget Gram pointed out that Bill Gates also was a grad. Ghost Pacer’s CEO—high schooler AbdurRahman Bhatti—also happened to be a cross-country runner, which likely fueled the development of the tech. The high school duo of AR Bhatti and Jensen Turner (who is the CTO) pulled in fellow students in designing the glasses, and, of course, also consulted with tech and fitness experts.

Beyond Augmented Reality: How Ghost Pacer May Set the Pace

Ghost Pacer is a perfect example of how augmented reality can help challenge our physical reality. While this technology sets a virtual runner into the natural world, the future could create a more dynamic competitive reality.

Many runners are limited by their surroundings. A runner in the Midwest isn’t going to run past palm trees or run on a beach—these landscapes simply don’t exist in the middle of the U.S. However, future tech offerings may provide even more options for those who wish for a more dynamic route.

In the future, glasses could place runners in a virtual world of their choosing. Someone in the Midwest could run along the beach, through trails in a jungle or maybe in the Serengeti.

Runners could choose their own scenic pathways and enjoy parts of the world that might never have been known to them.

Perhaps the race includes challenges to outrun Olympians or professional athletes. This would allow even high school competitors to feel the thrill of racing against the best, and in pushing these boundaries, also work to improve their own abilities.
Future tech also may utilize the basis of Ghost Pacer in other sports. Imagine swimming goggles that project a competitor in the next lane. Or hockey players practicing against a virtual goalie. Virtual and augmented reality could enable athletes to train in unique ways and improve their abilities without the physical presence of another competitor.

In a world dramatically changed by Covid, there may be a greater acceptance in the future related to virtual interaction. For so many individuals, the virtual has become integrated into our social norm. While face-to-face interaction may be the human preference, the virtual pull has become much more accepted. And, in many ways, could be the preference in many aspects of daily necessity—like online shopping.

The shift to augmented and virtual reality may have happened whether we like it or not. This technology has simplified many of our most mundane habits; we now have apps that allow us to virtually preview new hairstyles and makeup. We have virtual assistants on our phones that can send texts and, with the Internet of Things, control the gadgets in our home. Now we can have virtual companions that help us train.

Technology is always one step ahead of us. With Ghost Pacer, technology can outpace us or run beside us. Regardless of the programs we choose, the gadgets we use, our reliance on technology only becomes stronger, and while these virtual aids were once perceived as novelties, they are very quickly evolving into daily necessities.

Ghost Pacer is the latest in new technological innovations, but it also could be a turning point. Goggles that project virtual competitors may give way to more complex holographic images. Who knows, we could cook beside professional chefs in our kitchen. Or receive soothing words of comfort from virtual wellness holograms. The creation of the virtual companion—the virtual competition—paves the way for a road of virtual and augmented reality that could transform every aspect of our lives…one step at a time.