Google’s Floom Lets You See Other Side of the Planet 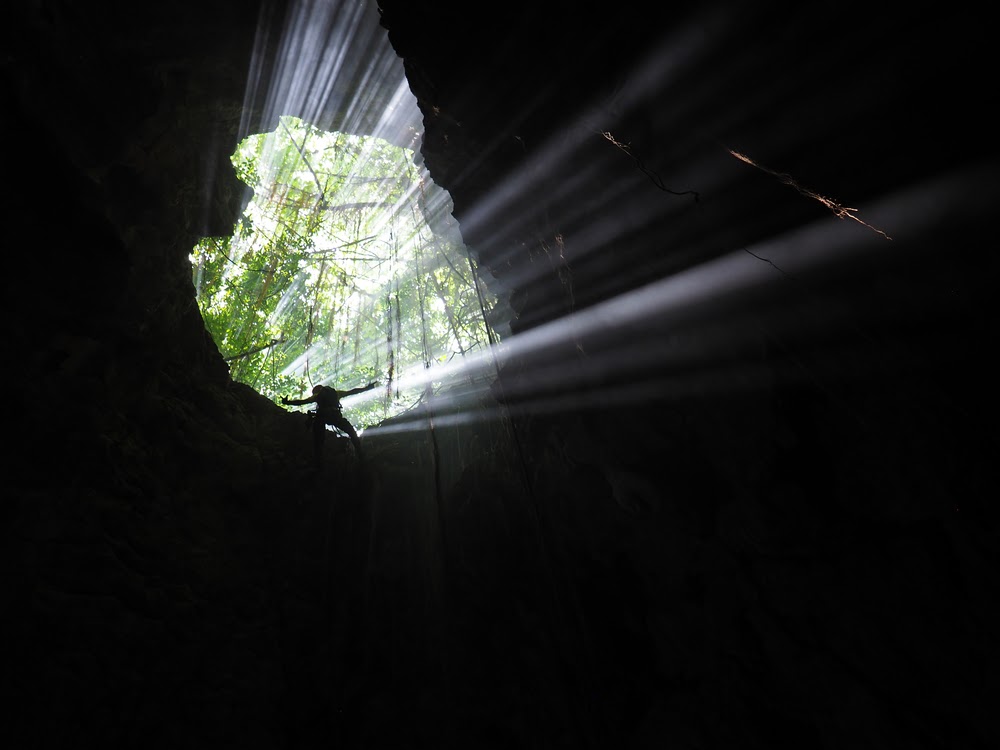 Google has launched a new augmented reality experience called Floom that allows the user to actually create a tunnel (or portal, as Floom looks a bit like a swirling cloud) and peek on the other side. Using the augmented reality tool, users become sort of like virtual explorers.

There’s only one downfall, though: Floom is only compatible with Android devices. Consumers clinging to an Apple device won’t be drilling via Floom. Since Android is a Google device, though, there shouldn’t be any sense of surprise that Apple devices aren’t yet welcome.

Those lucky enough to experience Floom have more adventures awaiting them. Ready to drill through the Earth? Here’s what you can discover with Floom.

Traveling to the Other Side

Floom is incredibly creative in its adventure potential. Users don’t have only one way to dig through the Earth. In fact, the tunnel or hole you dig depends on how the phone is held. Tunnels or holes can angle in a different direction, and Google explains that in this way users can explore different areas with Floom.

This is where the experience gets really interesting. While one hole may lead the user into an ocean, another could place you on top of a mountain. Then it’s time to explore the area. Once the user discovers their location, they can explore it on Google Earth.

A writer for The Verge used Floom and could reach Antarctica, New Zealand and the Middle East at home. The potential to discover different parts of the world can be seemingly endless; imagine using Floom on vacation or in a different state. Every different location creates a unique experience.

How is Floom Augmented Reality?

Floom is considered augmented reality as users draw a hole (or tunnel) in their real world location. This could be on the carpet, on the kitchen tile…anywhere! The hole isn’t actually there, but graphic overlays provide the augmented experience of a tunnel. Once the user draws the tunnel, the vision of the real world environment on the other side of the Earth is shown.

Like most augmented reality experiences, Floom doesn’t require any special headsets or goggles. Augmented reality typically uses the camera from a phone or other mobile device to produce the graphics overlays on top of the real environment.

Google is On a Roll with Augmented Reality

If you’re curious about the volume of the empty coffee mug sitting on your desk, Google has you covered. Measure Up allows users to measure anything around you. Yes, Measure Up will even calculate volume. Just don’t share the experience with a middle schooler who desperately needs to learn how to calculate volume the old fashioned way! How does this experience work? With Measure Up, users can actually draw three-dimensional shapes around an object to gain the measurement.

Sodar is the social distancing app for experience. We’re still living with a pandemic, and safety is a must. Sodar can be used to check social distancing guidelines. Google explains that the experience actually draws a ring around the user—the ring is two meters! Just be sure to stay in the ring!

This experience isn’t yet completed, per Google. But it’s going to be something that those with access will likely really enjoy. Picturescape will take the user’s photo library and turn them into augmented reality. You can explore your photos in augmented reality!

AR Fun for Users Who Don’t Have An Android Device

Google’s immersive experiences are incredibly unique…and really cool. For those lacking an Android device, though, all hope is not lost. There are other ways to explore an augmented world using an Apple phone or table. Unfortunately, though, Apple users can’t yet tunnel through the Earth. So what’s available from the App Store? Here are some augmented reality experiences available on the App Store (some also might be available via Google Play, too):

Instead of digging a tunnel through the Earth, Portals lets you open up portals to different lands or scenes. The augmented reality app is fairly immersive; users step into the portal and can virtually explore their new environment. Choose from different environments; portals also come in different designs.

Stack AR is an augmented reality stacking game. The blocks or playing pieces appear in the real world…on whatever surface the user chooses.

Want to get a tattoo but are afraid of the commitment? Get an augmented reality tattoo via INKHUNTER. Choose from many different designs and get inked! The app also might help you visualize what that dream tattoo might look like.

AR Spider lets users place a spider anywhere. What’s the fun of this? Apparently the app states you can start stomping on the ground and freak out your friends.

Most iPhones or Apple devices include a measuring tool. This actually uses augmented reality as a graphic ruler to help you measure anything anywhere.

Other Ways to Experience Augmented Reality

Download IKEA place and start redecorating your home. Users can place IKEA products in a room in your home with the aid of augmented reality. This is a great way to preview a new rug, sofa and more.

Sephora’s Virtual Artist lets you try on different cosmetics, thanks to augmented reality. Stop guessing what lipstick hue will flatter your complexion! The app doesn’t require a picture, instead it scans the face and applies the product (virtually, of course).

GLAMlab is Ulta’s augmented reality experience. On Ulta’s website GLAMlab allows users to choose a face that closely matches their own to try on products. However, the Ulta app may be much more immersive.

Not sure what paint hue will look best in the bedroom? Painting the room without actually painting the room with Sherwin-Williams’ ColorSnap Visualizer has multiple options. With iPads, users can paint their walls any hue they choose (take a picture of the room, and augmented reality does the rest). For Android and Apple phones, the ColorSnap Visualizer actually identifies colors from anywhere and matches them to a paint hue.

Preview a new oven or refrigerator in the home with augmented reality from Home Depot. Just scan the room, and start previewing your product. Download the app for the experience.

Shopping for new eyeglasses can be so frustrating, especially when shopping online. Will the frames look good? Are they flattering? Stop guessing. Warby Parker’s app lets users try on frames virtually to find the best look.

Looking for a new car but don’t want to visit a dealership? Pictures only can give shoppers so much information. RelayCars offers both a virtual and augmented reality showroom where shoppers can preview new car models. With the augmented reality app, users actually drop the car into their environment. Walk around the vehicle and look inside; the app also allows the paint hue to be swapped out. The virtual reality app allows users to preview cars in a virtual environment; the experience can be viewed with or without a headset.