What are the Greatest Cars of All Time? 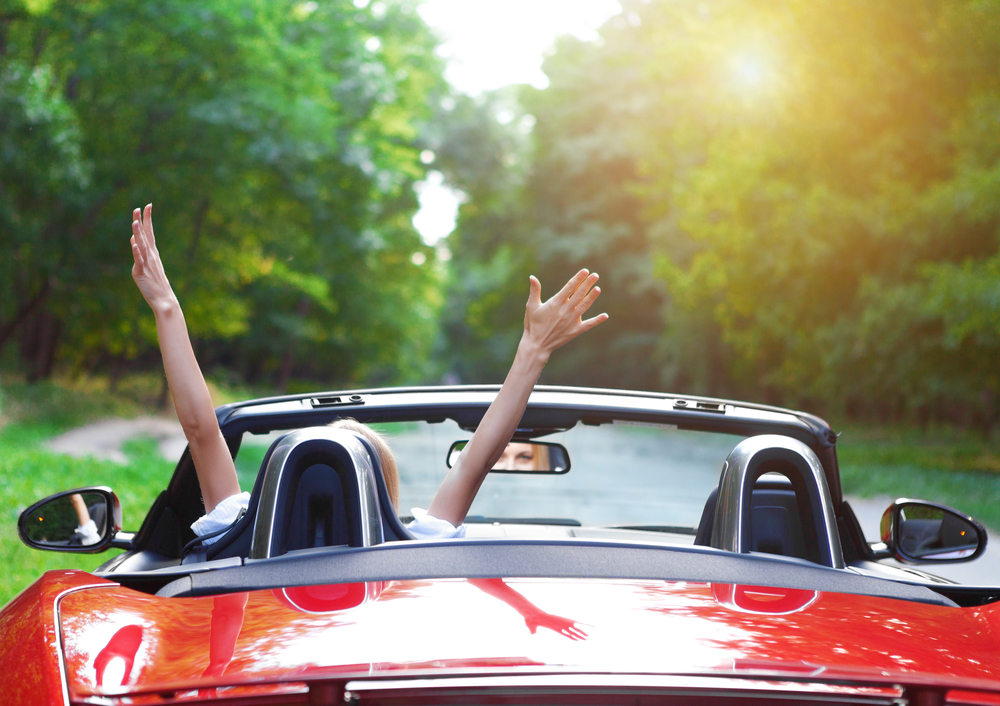 What are the greatest cars of all time? This is a question that has been asked by many. And, depending on who you ask, it can have many different answers. In fact, a car that one person considers “great” might not seem so great to the next person. With that said, though, there are some features that can help classify a car as better than average. There are also certain cars that are generally considered amazing by the vast majority of people. Here, you can learn what makes a car great and what some of these awesome vehicles have to offer.

When cars were first invented, safety wasn’t as much of a priority as it should have been. Unfortunately, this led to many preventable accidents, injuries, and even deaths. Thankfully, modern cars tend to be much safer, on the whole, than the vehicles of years past. That doesn’t mean that every car is as safe as the next, though. Cars can actually vary quite significantly in terms of how safe they are. It really all comes down to the design and the included safety features. Thus, in order to be considered truly great, a car should be as safe as possible. It should have undergone extensive safety testing and should have as many safety features as are reasonable for the price.

A lot of people say that looks don’t matter, but that doesn’t make it true. The actual truth is that everyone wants a car that makes them feel good. They want a car they’re proud to own and that they’re more than happy to show off. That’s why the best cars are as stylish and attractive as they are reliable.

Of course, preference does play a role. A car that one person finds ugly can be the height of sophistication to another person. It’s all about what you’re looking for. Ideally, you should find a car that appeals to your sense of style. Some also argue that the greatest cars don’t just look nice for a few years after they’re manufactured. Instead, they maintain their attractiveness for decades to come and are true classics. Aesthetics are subjective, though, so the real key is to choose a car that you like to look at.

The whole purpose of owning a car is having the ability to get up and go somewhere. As such, no one wants a car that is slow and can’t reach high speeds. That’s why really amazing cars are strong, powerful, and fast. In order to qualify, a car needs an engine designed for performance, as well as an aerodynamic build and a near perfect powertrain. If you can find a car that has all of that and then some, then chances are you’ve found a wonderful car.

No matter how great a car looks, that doesn’t mean much if it’s uncomfortable to sit in or, even worse, to drive. And, just like beauty, comfort can be somewhat subjective. However, most people would agree that, in order to be comfy, a car needs ample seating for its passengers and should never feel cramped or crowded. Plush seats, attractive interiors, and reliable heating and cooling systems help as well.

Different people have different definitions of “affordable.” With that said, though, the best

vehicles are those that are reasonably priced for what you get. If you’re paying rock bottom prices, you probably just want something that runs. If you’re paying higher amounts, you deserve lots of great features. A car’s price should always reflect its quality and what it has to offer. Furthermore, cars in the “great” category will probably offer you a little bit more than you might expect based on the cost.

While a low upfront price is always nice, remember that there are long-term costs involved with owning a vehicle. Good cars will be affordable to purchase and to own. For example, they might offer great gas mileage, which means you spend less on fuel over the car’s lifespan. Or, they might require very little maintenance or have parts that last for the long haul. Usually, the longer a car can last and the cheaper it is to own and operate, the greater it is.

With any car, safety and reliability are vital. However, people also want a car they can enjoy. That’s why top cars will offer both things you want and things you need. Entertainment features, such as infotainment systems, Apple CarPlay, USB ports, Bluetooth connectivity, and more are all highly desirable and are marks of an excellent vehicle.

You’ve probably heard that a new car starts depreciating the second you drive it off the lot. And, while this is true to a certain degree, it’s more true for some cars than others. Superior vehicles have and maintain high resale values for quite some time. As a result, you should be able to sell it and recoup some of your investment at just about any time during the car’s life.

Now that you know a little bit more about what elevates a car from “good” to “great,” it’s time to explore some options. Below, you’ll find a list of some of the greatest cars of all time. They may not check every single box in the list above, but they’re vehicles that, overall, most people would consider pretty amazing.

If you step way back in history, you’ll find that some cars of the past were actually quite extraordinary. Case in point is the 1886 Benz Motorwagen. While some people argue over its status as the first motor-powered car, it was at least one of the first. It definitely wasn’t fast. But, if it wasn’t for this little car, drivers probably wouldn’t have the vehicles they know and love today, which is why it deserves a spot on this list.

A great car doesn’t necessarily have to be a perfect car. In fact, the BMW E30 M3, first produced in 1986, had one major shortcoming: a not-so-powerful engine. Despite that fact, it was incredibly versatile and could be driven just about anywhere. Plus, it was very reliable, which is why so many still remember it fondly.

The 1994 Audi RS2 can be hard to find these days, especially in the United States, and especially if you want one in working order. If you ever get the chance to check out this little car, though, do it. It was lauded for its stellar performance, plush interior, and extreme collectability. In fact, on the off chance you find one for sale, snatch it up for safekeeping or turn around and sell it yourself. You’ll make a bundle.

When you hear the name “Porsche,” you probably think of luxury, and the Porsche 911 RS 2.7 definitely fits the bill. Much like the aforementioned BMW, this car was known for killer performance across a variety of terrains. It can also get some major power very quickly, so it’s more of a car for the adventurous.

If you’re looking for something a lot more modern that still classifies as illustrious, then turn to the 2022 Hyundai Sonata Hybrid. As you can imagine, it’s still very much on the market and attainable. It’s also known for a gorgeous, comfortable interior and near perfect handling. Anyone searching for a hybrid is sure to appreciate this one.

When it comes to sporty style and general attractiveness, you’d be hard-pressed to find anything cooler than the 2009 Alfa Romeo 8C. Yes, it’s expensive, but the lucky few who own it tend to feel like the price is more than justified. It has a V8 engine and can reach incredibly high speeds in a matter of seconds. However, like the Audi RS2, it’s not a common car, so your chances of actually finding one are slim.

Many people consider the 1985 Mercedes-Benz W124 to be the perfect midsize vehicle. And, it must have done something right since it influenced a lot of the cars that came after. Back when it was released, it cost just over $32,000, but that was actually a steal given the fact that these cars lasted indefinitely.

Cars have a long history in America and around the globe. While some vehicles won’t be remembered or won’t be remembered fondly, others made a major impression. What’s nice is that you can learn a lot from history. You can learn what makes a car great, which, in turn, can help you make more informed buying choices. So, the next time you’re shopping for a vehicle, be sure to keep this list in mind.