How Businesses are Using Augmented Reality Features to Reach Customers 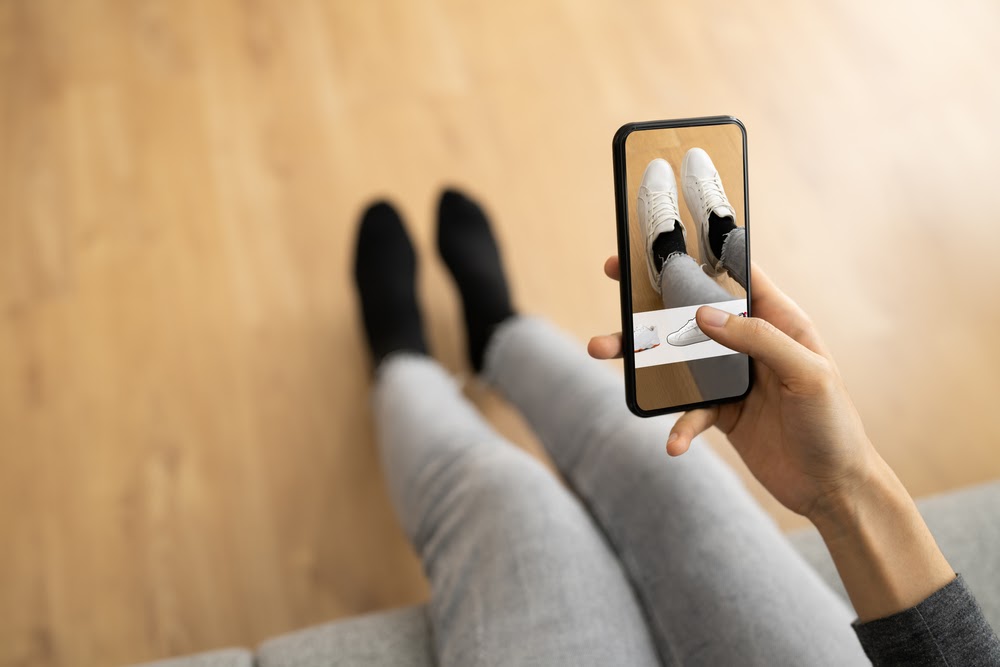 Snapchat is eyeing an augmented reality future, and the social media app already provides resources and tools to provide businesses with this enhanced user experience for advertising and marketing purposes. Bloomberg reported that Facebook, Pinterest and TikTok are among the other social media players that are incorporating this tech, too.

Named for Nyx (pronounced like Nix) the Greek goddess of the night, NYX Cosmetics is available in retailers like Walgreens, CVS, Target, and Ulta. But customers can also order products online. NYX created an augmented reality experience via Snapchat as part of the debut of its Spring 2021 collection. The debut was in the midst of Covid, and many were probably still shopping online. AR.Rocks reported that shoppers could access the augmented reality experience via Triller (another app) to virtually test out products in a virtual pop-up shop.

Toyota launched the Lexus AR Play to preview its 2021 IS model; the sedan was revamped for 2021. Like many augmented reality automobile experiences, AR Play enables users to walk around the car, look inside and even open the trunk. Marketing Dive also reported that the app lets users see 3D mechanics of the car, including the engine and chassis. Users can even change the color.

Where’s the ‘play’ in the app? Lexus AR Play also functions a bit like a virtual remote control car; users can drive their augmented reality vehicle in their own environment. No racing, though! The app is free for download via Google Play (for Android) or the App Store (for Apple devices).

Exclusivity can move merchandise, but it also can entice shoppers to try out augmented reality products, too. Dezeen reported back in March that Gucci launched the Gucci Virtual 25 sneakers, which could be previewed in augmented reality and then worn in photos for social media. The sneaker experience was a collaboration with Wanna, and Dezeen noted that the shoes could be purchased via Wanna or Gucci’s app for about $9 to $12. So what do sneakers look like? They feature neon green and pink uppers. In addition, Gucci’s “…double G logo is emblazoned both on the chunky blue sole and on a dial, which holds the shoes together in place of traditional laces.”

This isn’t the only augmented reality experience from the luxury brand, though. Gucci also offers a virtual try-on experience via Snapchat for its Rhyton, Tennis 1977, Ace and Screener sneakers. Stylus explains that a lens is used via Snapchat for the experience; point the camera at the feet and check out the shoes!

The chip maker used augmented reality to make popping open one of their cans even more delicious…and they entered the world of augmented reality before it really became popular. Back in 2010, Pringles cans in Asia experienced interactive World Cup games via the can! Users downloaded software and then focused their webcam on the Mr. Pringles logo to access the experience.

The brand also recently launched an augmented reality game via Snapchat filters called “Floor is Lava.” The goal? Get the Pringles but don’t get burned by the lava floor! The lava-hot game is on-brand with Pringles’ line of fiery flavors.

In the Middle East, Kellogg’s launched an augmented reality experience tied to its cereal Coco Pops. The experience is geared towards children; users simply use a smartphone camera to scan the box to enter a virtual jungle with Coco the Monkey. Blippar reports that children can explore two different worlds—Maya and Arabian—and they even get transported via “a chocolate vortex!” The experience includes games, puzzles, and more…kids can even wear virtual headdresses.

Haribou, the candy-maker that offers those cute and tasty gummy bears, offered an augmented reality experience that transforms adults into kids! The augmented reality experience is through Instagram, and it makes adults sound just like a child. The campaign is called—appropriately!—Kids’ Voices. Adult lovers of the candy could share their childlike video through social media and possibly win a year’s supply of the fruity sweet gummy bears.

Google Search AR might be a treasure hunt of augmented reality animals, anime characters and cars. But users might not know that some luxury brands—or at least ONE luxury brand—lurks in 3D search results, too.

Through Google Search AR, users can preview Burberry bags via augmented reality. How will that bag look on the table? Check it out with the search component. Burberry also noted on its own site that users can place the bag up to certain outfits to see how the bag would complement the outfit choice. This could allow users to explore different colors with different dresses or maybe sit the bag next to a pair of shoes, too.

Many different cosmetics brands and stores allow users to virtually try on products like lipstick, blush, eyeshadow, etc. Chanel offers its own virtual try-on experience for lipstick, eyeliner and eyeshadow via its website. The experience requires webcam access to show the user’s face (this acts a bit like a virtual mirror). Using the camera, users can try out different Chanel products.

When M&M’s launched its new caramel filled candy back in 2017, it used augmented reality to create a unique and fun user experience. To check out the games and experience, users downloaded the free app Blippar. Marketing Dive explained that users located in the Big Apple could scan New York City billboards to open up the games.  Others located elsewhere just needed to scan a package! The ARcade lets users play old-school arcade games with an M&M focus, of course!

Augmented Reality Isn’t as New as Consumers Might Think

Now, though, these experiences might be savvier and more intricate. With Covid’s impact, businesses also might have embraced augmented reality to offer try-on experiences to customers when shopping in-person wasn’t an option.

For example, while Ulta offered its GLAMlab back in 2016, shoppers today are still using it. And even if customers couldn’t physically try on the products during the pandemic, they still had a way to see if a color or product flatters their complexion. Shopping online could be less about guesswork. GLAMlab users could simply use their camera to show their face and then select the product they want to virtually try on. Instantly they could swipe on eyeshadow, lipstick, blush or even try on false eyelashes. They can even see how all these products look together. Shoppers who are looking for a new hair color also can preview different hues online via the GLAMlab. They can easily transform their hair into light blonde, chestnut and various hues of red.

Virtual Try-On Experiences Could be the Future

What about clothes, though? While cosmetics can be previewed via augmented reality, some businesses might allow for virtual try on experiences with clothes, too. However, these experiences also could be the future. Maybe augmented reality allows us to have a virtual model representation of our body. Then we can try on different outfits and maybe the store can suggest sizing or even predict sizing.