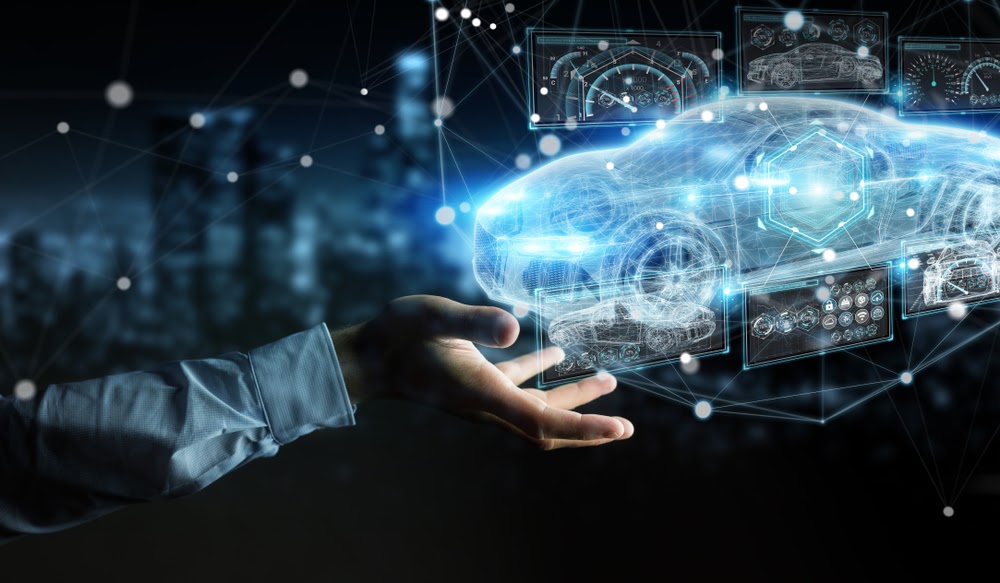 The process of shopping for a new car has evolved significantly. The pandemic pushed the car industry into the online shopping world, but, even prior to lockdowns, many buyers were already looking online for research purposes.

Now technology has enhanced the shopping experience to include virtual and augmented reality features. Businesses used mixed reality to reimagine online shopping and to create a platform that more closely resembles shopping in the physical store. In fact, even consumers looking for a new car online have witnessed immersive vehicles drive into augmented and virtual reality apps to create a more engaging and interactive user experience.

What makes a vehicle immersive? And can anyone access the power of augmented reality? Or virtual reality?

Online businesses and stores began to incorporate interactive features like augmented reality years ago. For some industries, offering augmented reality tools allowed them to create a solution to trying on products virtually.

One of the issues with shopping online for cosmetics, sunglasses and even clothes was the lack of physical interaction from the consumer. That is, in the store the consumer could perhaps test out a lipstick hue and try on frames and clothing.

Online was different. While virtual models or pictures of models could show shoppers what a product should look like, there was still a question in how that product would translate on each person’s body and complexion.

Even home improvement purchases could be hit or miss. For example, homeowners might have to guess as to whether or not a paint color would look good in a room. Or they might not know if the color they were viewing on screen was an accurate depiction.

The solution for some stores and businesses was to implement an augmented reality platform that provided this virtual try-on experience. By using the camera on their phone or tablet, shoppers could show a wall and then select a paint color. In an instant, the hue would magically appear on the wall.

Cosmetics brands and stores offered a similar feature. Shoppers could select a particular product, choose their color and swipe it on their face…virtually. The camera would show their face like a mirror, and the product would be painted on lips, eyes, cheeks…and even hair (for hair color previews).

This virtual experience was virtual in the sense that it wasn’t in-person. However, there is a difference between virtual reality experiences and augmented reality.

Many businesses implement augmented reality experiences for try-on previews. While some could offer virtual reality, this isn’t the most popular option.

Augmented reality, however, can be experienced without a headset. Users often just need a phone or tablet (that’s compatible with augmented reality). Augmented reality (or AR for short) superimposes graphic elements on top of the real world environment.

It’s the mix of real and graphic that might make it an ideal choice for businesses that need a way for shoppers to preview products. Viewing cosmetics or even furniture in a graphic virtual environment wouldn’t be so helpful for a buyer that just wants to know if a lipstick flatters them or a chair looks nice in the living room.

There also is XR, which stands for extended reality. XR isn’t a separate technology from augmented and virtual reality. Instead, it’s an all-encompassing term to include all these technologies.

How is an Immersive Vehicle Helpful to Buyers?

Augmented reality lets buyers or shoppers easily preview products by overlaying their graphic depictions in the real-world environment. But how does augmented reality and an immersive car benefit car shoppers? Wouldn’t this kind of graphic just be cumbersome?

Manufacturers, dealerships and sites like RelayCars allow shoppers (or visitors) to use augmented reality to preview different vehicles in many makes and models. Users simply choose the vehicle they want to preview, and, once again, using their phone’s camera, they can drop the vehicle into any space.

RelayCars, however, mixes virtual reality immersive cars with the power of augmented reality. So how does this work? The site lets visitors view the car online and interact with the virtual depiction. Turn the vehicle around. View pictures of the interior.

Shoppers that want to get up close to a vehicle can launch the augmented reality experience. Drop the car in any space. Then walk around it and explore the different features.

How Can Shoppers Use Augmented Reality to Find the Perfect Car?

Dropping an augmented model of a vehicle into a space might sound novel and fun. However, augmented reality isn’t just about keeping the buyer entertained while looking at cars. This technology can help aid in the buying process.

Looking at pictures online can give shoppers some idea about a vehicle. They can view the interior and peek at different features. Maybe they can even look at the vehicle in different paint colors, too.

Augmented reality is immersive by design, though. This technology gives shoppers the power to really see how a car looks in their garage. Or in their driveway. They can use augmented reality to get a better idea of rear passenger space. And view those paint hues in a more realistic manner.

Augmented reality tools can be used to compare different models, too. While the camera can only display one model at a time, users can explore as many models as they wish with many augmented reality sites. RelayCars doesn’t require users to subscribe, there isn’t a time limit, and there also isn’t a limit on how many cars that users can see.

Some buyers might not know what type of car they want to drive. Immersive cars via augmented reality can help them explore all the options. Drop in a crossover. Explore an SUV. Look at pictures of different sedans, then preview the vehicles using augmented reality.

Maybe how the car appears in the driveway matters. Sure the car could look cool in photos. But maybe when the potential buyer views it in augmented reality and sees it in the driveway, it loses appeal.

Augmented reality allows users to see each car in a large depiction. Users aren’t viewing tiny models, they are seeing large vehicles in front of them. Size and scale can make a difference when researching.

Not knowing what precisely they want isn’t necessarily an uncommon situation for many car buyers. In fact, Cox Automotive reported in its most recent Car Buyer Journey Study that 35 percent of buyers knew what they wanted.

Augmented reality could be yet another way for buyers to figure out what car is the perfect choice for their needs. This technology could lead buyers to research stats and pricing on different vehicles and compare their options.

In addition, younger buyers like Generation Z aren’t focused on being loyal to a specific brand. In fact, Little Black Book reports that “…71% say that they need to be aware of all the buying options available to them – making them more likely to engage with competitors and more likely to buy based on research than brand reputation.”

Are Immersive Cars the Future of Shopping?

Not every manufacturer offers shoppers the option to view models via augmented reality. But could this experience be more commonplace in the future?

Dealerships may realize that buyers want these immersive vehicles and that they want to be able to preview different models beyond two-dimensional pictures. However, RelayCars also is always open.

Immersive cars aren’t necessarily the future, they are the present! In the future, buyers could see more immersive features via augmented reality. Yes, immersive vehicles could become more…immersive.

Imagine clicking on an augmented reality car’s door and watching it open. Perhaps in the future shoppers can look at the interior. Or maybe they can click on the trunk and check out the cargo space.

The future is always a big question mark. However, the automotive industry is advancing to meet the demands and needs of the consumer. As technology gives way to more immersive experiences, manufacturers and businesses could incorporate newer technology to heighten user engagement.

RelayCars is constantly adding new models to its online inventory. And the site provides a mix of augmented and virtual experiences. When RelayCars launched, it looked different and offered other viewing options for visitors.

And when—and if—those much anticipated augmented reality glasses become a reality, they could change shopping, too. Maybe everyone will view products in augmented reality, and perhaps those immersive cars will appear before our eyes.