How Will Joe Biden Change the Global Car Market 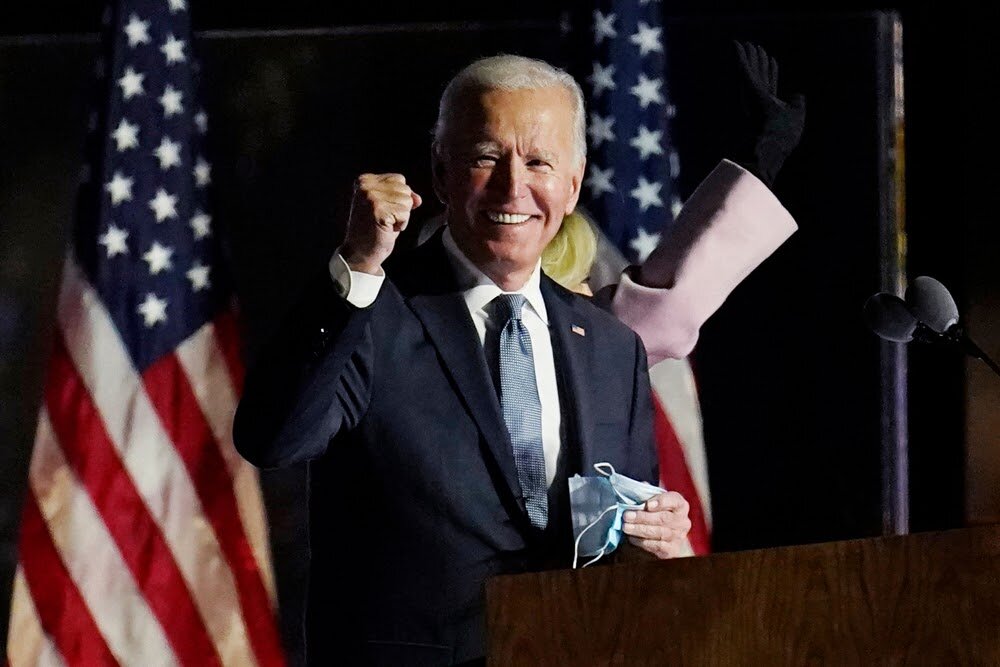 The global commercial market made some major shifts during the pandemic, and the automotive industry has adapted to maintain consumer interest and turnover. This year brought another widespread event that will have a steady impact on the auto industry as a whole, and Joe Biden’s presidential win might mean big changes for car retailers and manufacturers.

While the Trump administration rolled back a lot of eco-friendly and emission-conscious legislation, Biden is looking to apply a heavier hand to one of the world’s most timely issues. But that leaves the country with a looming question: “How will Joe Biden winning the US presidential election change the global car market?”

From emissions to alternative energy mandates, take a look at some of the key ways Biden’s administration is planning to change the automotive industry.

What is Biden’s Platform for Emissions?

Prior to Trump’s elimination of this policy, American emissions were supposed to decrease by a level of 3.5 per cent annually, and then by five percent each year through 2025.

Now, Biden is planning to take this policy a step further. Under his presidency, car manufacturers will be expected to adhere to an emission reduction amount of six percent each year from 2026 on.

This is a lofty goal, but retailers and manufacturers stand to save money over time by adopting these energy-efficient car sale measures. In fact, the latest policy showed a potential annual savings of more than $1 billion for car brands on the market.

Additionally, the widespread adoption of energy-efficient vehicles can help consumers save money on fuel and maintenance costs.

Building a marketplace that helps to promote and facilitate alternative fuel sources makes the commodity cheaper and more accessible to everyone.

Will There Be Incentives for EV or Alternative Fuel Drivers?

Previously, the rigid requirements for obtaining the EV tax benefit prevented many households from qualifying. This had a direct impact on the alternative fuel and vehicle sales markets, which Biden’s policies are likely to completely reverse.

One of Biden’s key plans for the return to an Obama-era approach to EPA compliance is expanding the EV tax credit. This allotment provides taxpayers with an incentive to purchase and drive energy-efficient vehicles. Additionally, this encourages ridesharing and carpooling, which is proven to minimize carbon emissions.

This shift back to a more conscious roadway will make electric and hybrid cars more accessible and enticing than ever for the everyday consumer. Tax breaks lead to increased affordability for manufacturers and retailers, as well.

Furthermore, potential incentive programs could pay consumers thousands to trade in their fossil fuel-powered vehicle for a greener option. Biden’s plan is loosely modeled after a previous version presented by Democrats to replace more than 63 million gas cars with efficient vehicles in the next 10 years.

Assuming these tax changes would make it through congress, we could see these changes take effect sooner rather than later.

How Will a Biden Presidency Impact Electric and Hybrid Sales?

Since more consumers and brands are going to be receiving a benefit based on the sale and purchase of electric vehicles, experts are expecting this market to rise significantly. By 2023, electric vehicle sales are projected to make up more than 15% of the market. In 2026, that number is expected to double.

Tesla, being a frontrunner of this growing industry, will likely see a high amount of that potential growth. This brand alone is planning to add a dozen new models to the market. Car brands that offer hybrid models are also building out this part of their inventories, as long as the units can meet set efficiency and emission standards.

Biden’s new proposals include the installation of more than 500,000 charging stations across the country. This motion alone will make the electric vehicle market more available to the needs of the mass-market consumer.

How Will Auto Industry Jobs Be Affected?

Although Biden’s restructuring of mileage and emission requirements will lead to innovation in the electric/alternative markets, there will be an impact on the longevity of jobs across traditional brands and manufacturers.

Biden’s climate-based plan strives to bring more than a million new jobs to Americans across a variety of spheres and specializations. This is in response to the reinstitution of pre-Trump environmental regulations and standards.

After the election, a lot of tension was created in the auto industry within the job market and competition for open positions. However, his position will likely create more jobs in other areas of automotive retail and industrialization.

While Biden was Vice President, at least 33,000 jobs were created in the car manufacturing sector in Michigan. This model followed similar proposals made by previous Democratic legislators in favor of innovation over preservation of the current industrial standards.

We’ll likely see a repeat of this trend, as Biden is trying to build out a larger efficient vehicle market to create jobs in that sphere. For those in the alternative energy field, innovative technology, and energy-efficient manufacturing there will be a huge influx of jobs in these previously niche industries.

Will Global Trade be Affected During Biden’s Presidency?

During Trump’s presidency, we saw an upset in global trade as tariffs and sanctions inhibited international commerce. However, financial and political leaders expect that to change significantly once Biden takes office.

The President-Elect has been clear about his position regarding international trade and globalized commerce. Among the primary impacted goods are aluminum and steel. Opening up these regulations will drive down the cost of these commodities, as well as stimulating a previously stagnant segment of the auto sales pipeline.

This is particularly impactful when looking at the relationship between the U.S. and China economies. By taking the matter of global trade with a more cut-and-dry formulaic approach, it’s highly likely that international commerce will return to Obama-era standards at the very least.

Additionally, the technology sector will see an influx of activity under the multiple tiers of Biden’s financial plan.

Will Regulations Be Placed on Fuel Economy Standards?

One of the major requirements of Biden’s energy efficiency plan involves some significant changes in the auto manufacturing and sales sector. From tailpipe standards to emission compliance, car brands are responding to the President Elect’s plans in the supply chain and on the sales floor.

By 2025, all cars may be required to adhere to a minimum standard of 54 mpg, and trucks will need to stay within 39 mpg. This change alone has the potential to change the way a country interacts with the rest of the world in regard to carbon and gas emissions.

Keeping sales high in the alternative vehicle industry depends on a combination of targeted marketing, consumer education, and accessibility.

For those who are looking to stay within the traditional fuel market, there will be some limits on the amount of carbon that can be released into the environment. But, higher fuel costs and lower ROI are driving drivers out of the gasoline sphere and into alternative fuel cars.

This pressure is making it more profitable for auto manufacturers to build out their eco-friendly product lines and improve innovation in this side of their research and development budgets.

Brands that refuse to adapt to more stringent standards will face looming fees before being forced to comply or reduce their standard product offerings. This is one of the largest movements being made around the world to reduce the amount of high-emission vehicles on the road.

What the Green New Deal Could Mean for the Auto Industry

A large reason why the global car market is expected to change so much is the implementation of a bigger attack on climate change-causing emissions and global ecology. The Green New Deal is also proposed to change other aspects of the commercial market, from consumer goods and services to corporate vendors.

Regulations placed on fossil fuel emissions can make the manufacturing process more expensive when it comes to building standard efficiency vehicles. This is one of the main reasons why car brands are making a widespread shift toward efficient mass-market production.

If Biden completely adheres to the proposal made by prior presidential candidate Pete Buttigieg, the industry could reach zero-emission status by the year 2035.

To drive innovation and boost production, Biden proposes to invest more than $400 billion toward the advancement of battery technology and auto market infrastructure. This will largely go toward building a car sales and development structure that supports energy-efficient vehicles and a lower (or nonexistent) dependency on gas as fuel.

While we saw a lot of major automotive market changes under Trump’s presidency, it looks like Biden is going to return a lot of the industry to the trends of the previous administration. We will likely see an intense shift toward widespread market acceptance for electric and energy-efficient vehicles, and a preference for tech innovation over-dependence on fossil fuels.

Additionally, reducing the imposed tariffs and other shipping fees that have been placed on primary sourcing countries will open the automotive industry to the global commerce market.

Consumers are worried about rising costs and the impact this will have on the job market, but Biden plans to create jobs and provide economic incentives to offset these concerns.