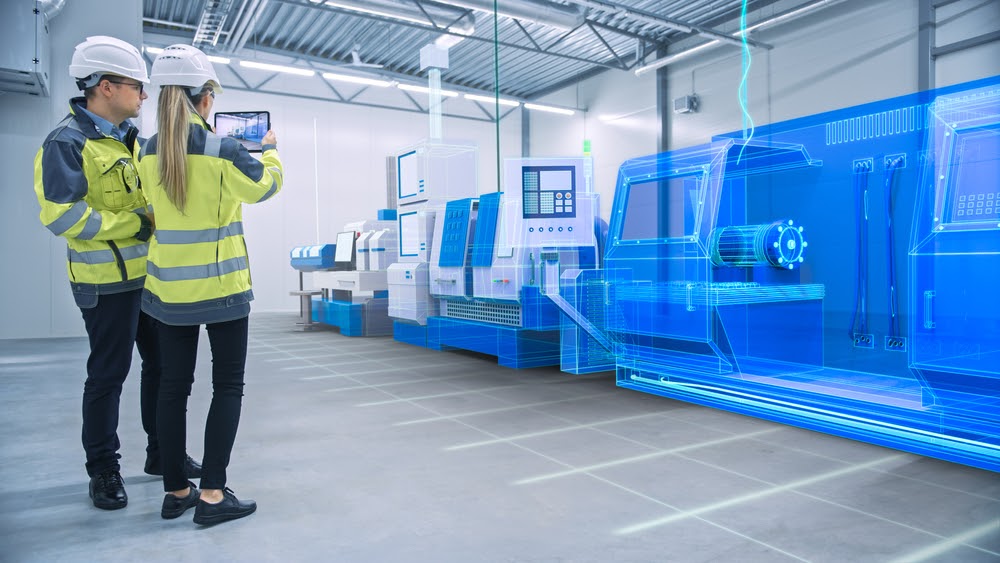 But what about Microsoft? Has Microsoft gone quiet in the immersive world? The reality is that Microsoft has never stopped augmenting. In fact, Microsoft’s HoloLens has been wired into enterprise usage for years. Interested in immersing into the augmented world? Here’s how Microsoft augmented reality has changed business thanks to HoloLens.

Microsoft’s HoloLens is a ‘mixed reality headset.’ Businesses can use HoloLens to support development and design of products or even to train employees.

HoloLens can launch virtual reality experiences or augmented reality experiences. The usage may depend on the needs and requirements of the business. But the seemingly hybrid technology of the glasses (or headset) is why Microsoft refers to it as ‘mixed reality.

Many bill HoloLens as augmented reality, but its uses for business are a bit virtual in design. That is, meetings can be held via HoloLens, with individuals appearing at tables or elsewhere during the virtual sessions.

The holographic or digital images appear in the real environment, which is the definition of augmented reality. For many users, this experience can appear as though it is virtual in design. The term ‘virtual,’ though, is often interpreted differently by tech professionals and consumers.

As for consumers, they cannot purchase a HoloLens just for their own use, for gaming or even just for fun. For now HoloLens is only used by businesses. However, a Wall Street Journal interview revealed that a consumer HoloLens will be a reality in the future…although perhaps not in the near future.

While the HoloLens experiences might seem to mesh augmented and virtual reality for those who jump into the experience, Microsoft also has launched its Mesh platform that is a unique hybrid of these two technologies.

Tom Warren with The Verge interviewed Microsoft’s Alex Kipman while wearing a HoloLens 2 and utilizing the Mesh platform. Warren wrote that the experience “…felt like a Microsoft Teams meeting set in the future.”

Warren joined Kipman in a virtual conference where Kipman appeared—albeit virtually as an avatar—at Warren’s coffee table. The experience included Kipman sharing different virtual objects with the writer, who could then make changes to the objects.

Mesh allows unique collaboration and conferences or meetings that are virtual, yet face-to-face, too. Coworkers or colleagues appear in space, even when they might be across the globe.

Mercedes Benz has utilized HoloLens for aiding technicians in making repairs via its Virtual Remote Support. The tech wears HoloLens glasses, which shows a remote team or expert what the technician sees.

Repair guidance–like images and other instructions–can be digitally overlaid on top of the real mechanics of the vehicle. In this way, the technician has virtual—or augmented—assistance to guide the repair process. And as the technician is linked to a remote expert, they also can communicate.

CNET reported that Mercedes Benz was equipping all dealerships with the technology.

While clay models in car design might never disappear completely, augmented reality might be a new high-tech aid for designers to simplify the design process. Ford embraced the use of HoloLens during the pandemic to allow designers to make some changes to car designs virtually.

During the pandemic, Ford executives also used virtual reality to collaborate when many team members worked from home.

Augmented reality can be out of this world! NASA scientists used HoloLens to explore Mars…virtually. Data from Insight was used to project Mars terrain digitally atop a lab.

While consumers cannot purchase a HoloLens for entertainment or other use, could a consumer-driven HoloLens be in the future for Microsoft? The tech industry has a huge interest in developing augmented reality glasses for the consumer market.

While consumers are still waiting for glasses that will let them peer into an augmented reality universe, there are many experiences available for consumers that are free…and augmented!

Those with Android devices can experience a range of offerings from Google, including Floom. This cool augmented reality experience lets users create a tunnel (or portal) anywhere in their environment and see on the other side of Earth.

Floom can be adjusted to dig at different angles, and this allows users to see all different places around the world…from the same original location. Who knows what will show up on the other side! But users can have fun exploring different augmented reality adventures.

The experiment experiences are accessible via Android devices.

Apple might be working on augmented reality tech for the future, but until an announcement is made, tech experts can only theorize what that product would or could be. In the meantime, though, owners of Apple devices can enjoy free augmented reality experiences via the App Store.

Those new to augmented reality can enjoy playing around with the graphic immersive technology with games like Pokemon GO; using the camera on a phone or tablet, users can hunt and catch Pokemon anywhere. They could even be hiding in the home!

There are many different augmented reality apps to explore via the App Store. Download enrichment apps that allow users to immerse in science and explore their environment. For example, the app Seek (which is available via Google Play, too) can capture the image of flora and fauna in the user’s environment and instantly identify it. Is that Poison Ivy? View the plant in the camera and find out!

The game Stack AR lets users play a tower building game on any surface in their environment. Interested in getting a tattoo but afraid of committing? INKHUNTER is an augmented reality app that lets users preview ink anywhere on their body! Is that dragon a good idea? Test it out before letting the needle make it permanent.

Businesses and stores offer augmented reality experiences via apps or just online. Stores can offer try-on experiences that let customers preview products before purchasing them. For example, IKEA and other stores let users drop furniture into a room to see how it fits and how it looks.

Before the launch of augmented reality technology, buying cosmetics was really a best guess and cross your fingers scenario. Would the shade look the same on the lips as it did on the screen? Buyers would have to wait to find out…and sometimes it would lead to frustration and returns.

Augmented reality experiences are featured on different product sites and stores that let consumers swipe on products virtually. The camera acts as a mirror, and users can select a certain product and color to swipe on eyes, lips, and cheeks. Some experiences even let consumers preview hair colors!

Even shopping for a new car can now be simplified with augmented reality tools. RelayCars offers consumers different options for researching and previewing different vehicle models. Vehicles can be previewed on screen via 3D imagery; these images can be rotated so that shoppers can see the vehicle from all angles.

RelayCars also gives consumers the option to utilize augmented reality for a more immersive experience. With the power of augmented reality, RelayCars lets users drop any vehicle model into their environment. They can walk around the car and see it up close. Users can even see how that car might look parked in their garage or in the driveway.