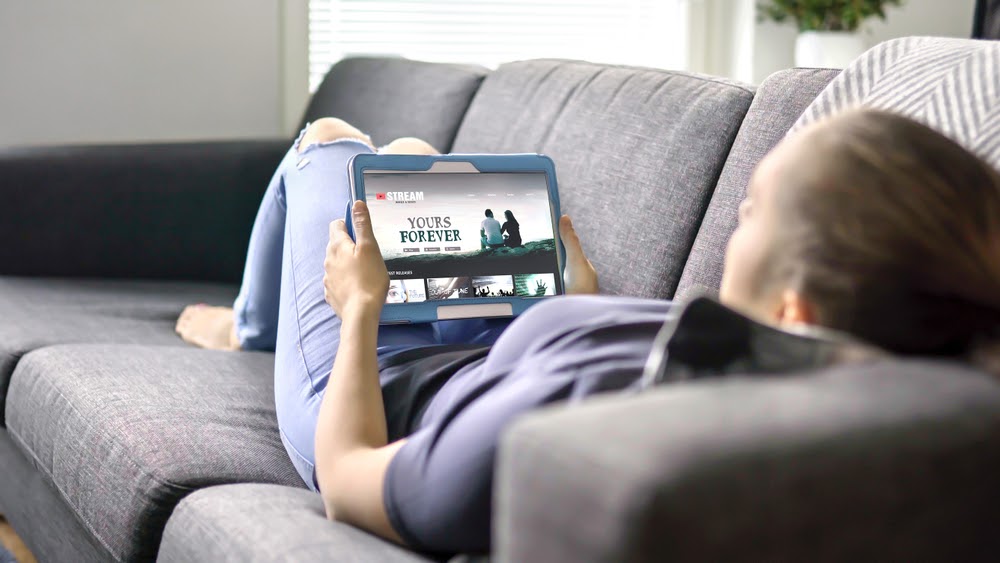 MarketingDive dove into the millennial preference for digital experiences as they are known as this demographic has seemingly severed the once ubiquitous tether to advertising: the television. Yes, millennials watch television but not in the standard cable or basic channel type of way.

Are the days of advertising on local channels zapped by tech? Not necessarily, at least not for all audiences. Millennials may prefer digital media offerings though. So what does this mean for dealerships?

A Look Back at Ye Olde Dealership Advertising

Dealerships that have stood for generations—maybe run by the same family for years—remember the old days of advertising. There were newspaper ads. And television commercials. It’s the television commercials—especially on local channels—that those dealership families and their customers might remember best…and fondly, too.

Back in ye olden days before the rise of the internet and the ads that dominate the internet, television commercials gave dealerships their way to shine. Commercials might have been gimmicky. They might have included the dealership owner, a mascot, a particular phrase. But there was likely something, some special detail that made each dealership’s commercials stand out. Some commercials may linger, still, in the memory of customers.

These commercials aren’t necessarily dead. Commercials are still effective. And they are still memorable. But these advertisements might not reach all the intended audiences that dealerships need to target. MarketingDive talks about millennials as cord cutters. This term is used to describe the generation’s preference for digital experiences.

Yes, millennials watch television screens. However, those screens might not be tethered to a satellite or a cable box. Chances are probably high that those millennial televisions are digitally connected to the internet and have been downloaded with streaming services like Hulu, Netflix, Disney+, etc.

Even cable experiences are streaming. For example, Charter doesn’t require a box anymore. Subscribers can opt for streaming services to watch all their favorite channels. However, on these streaming channels, commercials air as they would while watching via a television tethered to a cable box. In this way, viewers may still see traditional commercials.

Streaming services generate revenue from their monthly subscription fees, but many of these services also allow advertisers. So, yes, dealerships can still reach millennials via commercials or digital advertising.

Why is it called ‘over the top?’ The term refers to going over television providers. Forbes explains that the term “…refers to streaming companies’ ability to bypass TV providers.”

Choosing to invest in over-the-top advertising could help dealerships reach consumers who opt not to be tethered to a cable cord. Statista notes that only 28 percent of Americans have never invested in a streaming service. Meanwhile, more than 60 percent of adults in the U.S. are streaming subscribers!

RetailDive also explored how manufacturers are using “buzzy campaigns” to get the attention of millennials and maybe anyone else that has cut the cable cord. While RetailDive highlighted Toyota’s launch of its 2021 Sienna and Hyundai’s augmented reality collaborations with National Geographic, we’ll explore several other campaigns and experiences that might be tech-centric and unique for the digital savvy consumer.

Nissan’s Invisible to Visible technology has been highlighted in many publications (and on this site!). It’s worth mentioning over and over again, because the potential of I2V is so far-reaching. This technology isn’t a launch experience but a driving transformation.

I2V embraces digital completely, which could be a massive selling point for millennials who fully embrace tech. This is, after all, the generation that has grown up with cell phones. Invisible to Visible technology would allow for avatars to sit in the car for companionship; parents or friends can join the ride, in case the driver is going cross-country solo (or for whatever reason). Don’t like that it’s rainy outside? Change the windows to a sunny day! I2V also lets drivers understand obstacles ahead and even summon driving help!

Mashable refers to I2V as “Nissan’s freaky AR concept.” However, the concept isn’t so freaky…it could be revolutionary, though.

Back in 2019, Porsche launched the “Porsche Augmented Visualizer App.” The app can be used at home or anywhere to create the user’s dream car. Augmented reality allows for the car to be previewed in the user’s real environment. Drop the Porsche in the driveway, the garden or wherever. These unique experiences let customers explore different features, looks and designs…and, of course, have fun with augmented reality. Download the app via Google Play or the App Store.

CNET highlighted the 2021 Cadillac Escalade’s cool new augmented reality features. The dashboard takes augmented reality to a new driving level. The augmented reality dashboard provides a camera view of the road ahead and lets the driver know exactly when to turn as digitized graphic arrows appear to show the direction of the turn. The AR feature is directly behind the wheel. CNET points out that the Escalade even offers night vision, so drivers can see anything ahead…even in the darkest of nights.

Dodge recently introduced the Know & Go app to help new Dodge Ram owners navigate the infotainment system in the vehicle as well as other features. But this isn’t just any app—it’s augmented reality! Using the phone camera to view a feature and augmented reality options will help the owner explore what they need.

RetailDive mentioned Hyundai’s partnership with National Geographic for a series called Outside Academy. The experience is all about exploring the National Parks in the U.S., and it features immersive augmented reality navigation. And, of course, Hyundai vehicles feature prominently. Users can explore all the National Parks online…and maybe plan a trip of their own.

What is an automaker to do when Covid has kept the world inside? Launch a new luxury model online, of course! And augmented reality boosted the experience! Lamborghini launched its Huracán EVO with an augmented reality experience that allowed users to place it anywhere and explore the vehicle. Once the car was placed in the user’s environment, the user could walk around it and check out other features.

Forget standard commercials. Kia took advertising to the movies. The Features Film mixes Kia vehicles with a thrilling, adventure-packed movie. Eight different cars also are stars of the movie, and the movie even shines a light on some key features in those cars, too. Multiple dealerships have posted the video, so it’s easy to find via YouTube.

Manufacturers and dealerships also may provide customers with online tools to preview different models in either a virtual environment or using augmented reality. These virtual and augmented reality showrooms could let users view the vehicles from different vantage points and even look inside at the interior features. Some might even give customers the option to view the car in different paint colors!

Will Digital Experiences Cut the Cord to Standard Advertising?

If many millennials prefer digital streaming services and enjoy immersive experiences like augmented reality, could the industry pivot to these demands? While not all generations prefer the digital experience, this could be the way of the future.

As statistics show, more than half of adults in the United States subscribe to a streaming service. If they have cut the cable cord, the only way to reach this audience may be via digital experiences or through over-the-top advertising.

These unique tech-savvy experiences could provide a way for customers to also do more car research online. Younger shoppers could prefer online experiences to in-person shopping, even when looking for a new vehicle. Virtual and augmented reality showrooms allow consumers to preview cars without leaving home; they can understand if that vehicle appeals to them and if it fits their needs. After their virtual experience, they may then visit dealership sites for information on pricing, promotions or other details…or they may even schedule a virtual test drive online.

Cutting the cable cord might become the norm as streaming gains even more popularity. Generation Z is right behind the millennials. And when Zoomers become the key demographic for car sales, preferences may change once again.