Get Playing with Google Search AR 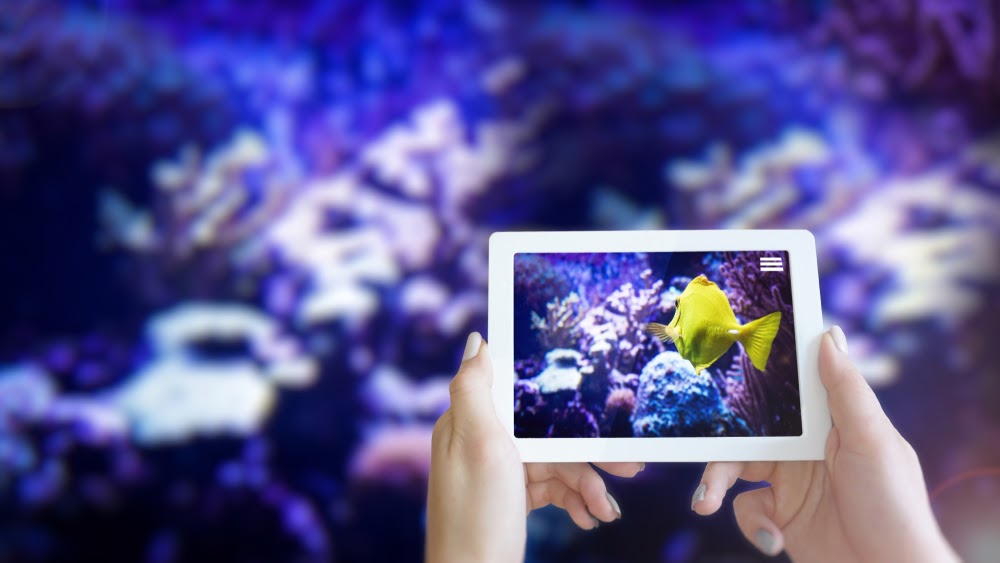 So what animals are available via Google’s augmented reality search? The full list might be a mystery, as Google hasn’t published a list of all the augmented reality wildlife. While The Verge sends readers to Android Police for an extensive list, we’re about to tackle an alphabetical list to find all (or hopefully…some!) of Google’s animals. Let’s get playing with Google Search AR!

Will every animal be included? Is Google’s augmented reality search an AR Noah’s Ark of variety? You’re about to find out!

The first animal to enter into Google’s search engine apparently does NOT bring up an augmented reality feature. So, no, users cannot place the aardvark on their bed. That aardvark also will not be able to work next to you at home. Aardvark’s are not AR-compatible. Bummer.

Not only are African Elephants lacking any kind of AR feature…but elephants (as a general search) also don’t pull up augmented reality or virtual reality. There might need to be a petition to AR the elephants. Imagine dropping one into the home! Thanks to augmented reality, everyone could have a pet elephant…in AR!

Google is now 0 of 2. Anteaters also are not, apparently, going to pop up in augmented reality or virtual reality. This could have been a really crazy augmented reality experience, too. Maybe the anteater could suck up some ants in AR.

The species native to Africa and Eurasia also is not going to gallop in the user’s backyard thanks to augmented reality. Antelopes also are not part of the AR experience.

Like most of the above animals that lack any augmented reality, there is a link that takes users to facts about this animal. However, yet again…no AR!

Welcome to the B’s. Badgers do not include augmented reality features.

This is probably becoming monotonous to read. Bats also are not highlighted with augmented reality.

HOORAY! Google allows users to bring a bear to life and view a brown bear in 3D! Augment the bear into your space.

The fact that the beaver isn’t given some type of fun experience is disappointing. The augmented reality beaver should be a reality!

While the blue whale is the largest mammal in the world, users cannot augment this marine mammal into their environment. An augmented reality blue whale could have had so much potential.

Google’s Ark of AR Animals Isn’t Quite So Packed

The list of animals obviously does not end at ‘blue whale.’ Not even close. There are more than eight million animals across the globe, and searching each one on Google would be incredibly time consuming.

However, in searching some of the most common animals, there seem to be many missing from Google’s augmented reality ark. Elephants aren’t augmented. Bats can’t fly around the room. What animals can come alive in augmented reality via Google Search?

It’s time to cheat. It’s time to consult that masterful list via Android Police. Check out the site’s roundup of all the animals it found that could be augmented via the search. Many of the known animals are dog and cat breeds, which means many of the more unusual animals around the world aren’t augmented…at least not that the site has discovered.

While Android Police offers a pretty comprehensive list of about 50 animals, it did miss ‘bear.’ And also lions. According to Android Police, Google doesn’t offer a list of the animals. There is no way of knowing how many are out there!

What’s unusual, though, is that even some of the more popular animals—like monkeys—aren’t augmented. The discovered animals also don’t include many species of reptiles, birds or even fish. These missing species could be a missed opportunity for a really unique augmented reality feature. Think about a snake slithering in the house via AR. A fish swimming in midair. Or an eagle flying.

Searching for boa constrictor, anaconda and rattlesnake only brought up typical search results…in addition to a section with more info. This doesn’t mean that snakes aren’t included; there could be a snake among the many species. Finding it means searching for every snake. However, even searching for the generic term “snake” failed to bring up augmented reality.

An augmented reality experience featuring birds would be unique. Would the birds fly or just perch? Google could get creative! Currently, searches for Bald Eagle, owl, hawks, parrots and dove also turn up no additional augmented reality features.

Fish aren’t very exciting, so it shouldn’t be shocking to find them without much augmented reality. Goldfish, barracudas, and even piranha resulted in zero augmented or virtual reality experiences. However, the Great White Shark does have its own augmented reality feature! The Great White can swim right into the home. Or hang out on the porch. Whatever works!

Other marine life—including squid, whales and crabs—can’t drop into your personal space! At least not yet. Who knows, though. Maybe a crustacean is lurking in augmented reality in the abyss of Google.

While many animals are not featured on Google’s augmented reality search list, favorite anime characters can pop in to say hello. Sanrio’s popular characters–including Hello Kitty and Little Twin Stars—are among the many anime friends that can appear in the user’s space.

The coolest character, however, might just be Pac-Man. While Google mentioned in an April 2021 blog that Pac-Man would be a featured augmented reality character in Search, the query yielded no yellow pellet-eating Pac-Man. However, searching for Pac-man did bring up the fun Google Doodle!

The Potential of Augmented Reality Search

While many search queries failed to bring up an augmented reality experience, there might be a lot of room for Google to grow with this feature. With more than eight million animals, augmented reality could bring many more of them into the lives of the user.

As augmented reality and virtual reality evolves, though, perhaps these experiences become more immersive. Could Google create more unique interactions with each animal? Maybe the augmented reality experience includes options for movement or, in the case of some species, even changing their fur or feather color. In birds, for example, males plumage is often more colorful. Dogs also could have different colorings.

What About Virtual Reality Search?

Currently, search results via Google can include a 3D augmented reality experience for different animals and characters. But could Google or another platform create a virtual reality search?

With the ever-evolving technology, search platforms could one day feature virtual reality. Maybe all users will wear glasses or a headset and search queries will pop up before our eyes. Searches might become interactive. Perhaps searching for a zebra takes the user on an adventure into the Serengeti.

Whether a user owns an Android device or an Apple, each company offers many different augmented reality apps in their stores. And there are augmented reality apps for many favorite hobbies or interests. SkyView Lite uses the phone’s camera to view the night sky; the app then shows the constellations drawn into the stars.

Wineries even offer apps where customers can explore the wine label in augmented reality. Experiences can be tailored to the unique needs of each vineyard. Some might include mysteries!

Even kids can use augmented reality apps to help understand the world around them. There are apps that help identify different flora and fauna. And apps that let children (and adults) explore the solar system in any space (augment the planets). Some apps like GeoGebra Augmented Reality augment math concepts.

Google even offers unique augmented reality experiences beyond the Search bar. There’s Floom, which lets users create a portal to the other side of the planet. Another experience lets users augment social distancing. There’s even an app in the works that will augment a user’s photos! Unfortunately, these experiences can only be enjoyed by Android users.

Search, however, can be used by anyone. While sites like Google Police have found many augmented reality animals on Search, there may be many more to explore. Bored? Search for an animal, and you might find a new augmented reality friend.