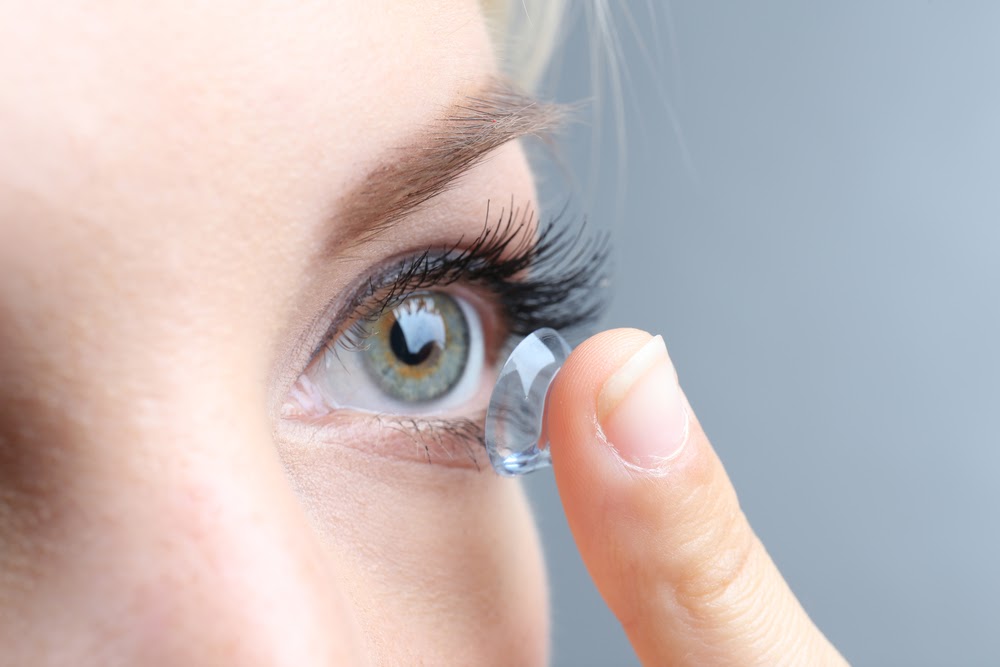 Consumers use smart technology daily. Smartphones help keep schedules straight, they allow access to friends, family and coworkers through email, social media and text messaging. Smartphones also serve as entertainment with games, videos and music accessible via just a click. Homes might include smart technology, too, with smart plugs and smart power strips that allow consumers to control their devices and appliances via the phone…or with a smart assistant.

But what if eyes have smart power in the future? While smart glasses already are a reality, consumers might keep an eye on smart contact lenses that could incorporate augmented reality and more unique features.

While the site doesn’t offer extensive details on features, the company does explain that “Mojo Lens even understands the activities you’re engaged in so it doesn’t disrupt or distract you.”

The product could be extraordinarily promising for experiencing augmented reality without eyewear. However, the product is not yet available for sale, and the site states that “Mojo Lens availability is subject to regulatory approvals/clearance.”

Back in 2014, Google was working on a contact lens that, per The Washington Post, would have been used as a device to monitor glucose levels in diabetes patients; teardrops contain glucose and this is how and why the smart contact lens would be useful as a medical-type device.

So how can patients get their eyes into these lenses? Unfortunately, they can’t. The Google contact lens project was discontinued and the lenses never made it to consumers. The reason? Creating the technology in the lens to measure glucose was extremely complex.

However, Science Magazine reported that Korean researchers might have created a more precise glucose-measuring lens. The lenses were tested on rabbits and showed accuracy. So perhaps contact lenses could allow diabetes patients to avoid the bloodwork that normally is used to measure glucose.

Smart contact lenses can help detect glaucoma and other eye issues. The Sensimed Triggerfish is a device that received FDA approval; the device features a contact lens that is worn by patients. The lens can monitor changes in the eye over a 24-hour period. This lets the doctor see beyond just a snapshot moment in the office for a more complete visual picture of eye health.

According to The American Academy of Opthamology, a contact lens also may be used in the future for dispensing glaucoma medication weekly (it was created by Leo Lens Technology), while another lens was developed by researchers to dissolve in the eye to release medication over time.  The Leo Lens Technology product still needs to undergo testing.

The American Academy of Ophthalmology included a list of smart lenses and how they may impact the future. The AAO included the Mojo Lens and Triggerfish in its roundup, and also touched upon lenses that would release antihistamines for allergy sufferers and a lens that may stop cornea melting (a disease that destroys the cornea). Another lens featured by the AAO also could help eye fatigue that is tied to staring at screens.

One of the most interesting lenses featured, however, were contact lenses that could work with the smartphone, but the AAO notes that these lenses are very much a future development; don’t expect smartphone lenses to hit the market anytime soon!.

Glasses vs. Contacts: An Eye on the Future?

Individuals with vision impairments have often found themselves choosing between contacts or glasses. Some opt for contacts during the day and wear glasses at night to give their eyes a break. Others can’t stand to pop lenses in their eyes, while others don’t like to wear glasses. But imagine if the average consumer were forced to make this choice in how they wished to use technology, including augmented reality.

Glasses or contact lenses could sync up or control smartphones. With glasses, maybe the user taps the frame to connect to their phone, but with contacts the eye movement might be used for controls (like the in-development Samsung lenses that could control a smartphone). With glasses, it’s easy to understand how the frames can connect to a virtual assistant (like Siri or Alexa, etc.); the glasses simply have microphone and speaker technology. However, contacts might be a little more difficult to create for this type of interaction. Still, anything is possible.

Augmented reality glasses could include different experiences. Maybe they allow the consumer to interact with products while shopping. Perhaps controls appear in front of the wearer and users can opt to take a call via their glasses or send a text message. Maybe consumers can game with the glasses.

Contact lenses displaying these same capabilities could be interesting…and intricate. Maybe the lenses sync to the smartphone to deliver augmented reality experiences. Or maybe another device connects to them. The question of contact lenses might be related to control. The user wouldn’t want to touch their eye to make choices.

The eye movements can be reactive at times; imagine wearing augmented reality contact lenses and dealing with an eyelash stuck beneath it. Contact lens wearers may already know the pain and annoyance this causes. Rubbing the eye could help, but sometimes the solution requires the wearer to remove the lens.

These lenses are mostly in development. Currently, there isn’t a consumer contact lens that delivers augmented reality or connects to the phone. However, if this is the future of technology, it will be interesting to see how the user controls these lenses. Maybe movement wouldn’t affect the lens experience at all.

The good news for consumers is that perhaps the most convenient portal into augmented reality is one that is accessible to most individuals: the smartphone. While phones aren’t necessarily as unique as a pair of glasses or some seemingly invisible contact lenses, smartphones are mainstream. Whether consumers own an Android, Apple or Windows phone, augmented reality experiences are fairly plentiful.

Looking for a new car? Check out an augmented reality showroom that lets users drop a vehicle into their environment. Walk around the car in a home, the backyard…anywhere. Users may be able to peek inside at the interior, too. Or maybe even change the paint colors!

While the future of augmented reality is exciting to the eye, there are still many ways to experience this technology right now. Open up Google Play or the App Store and search ‘augmented reality.’ The apps are vast…and some are really off the wall. Make UFO videos, pretend to tape the Tooth Fairy or even interact with augmented reality spiders!

Although many smart contact lenses might be pending further studies, this wearable technology could be our future. For individuals who suffer from allergies, a contact lens that releases medication could mean seasonal relief from itching and red eyes. And if a contact lens hits the market that accurately measures glucose, individuals who have been diagnosed with diabetes might get to say goodbye to blood testing.

Could consumers eventually choose between augmented reality glasses or smart glasses and contact lenses? Will augmented reality experience be controlled by lenses and wearable technology? Looking to virtual reality, which relies on a headset, experiencing augmented reality might be tied to lenses—either in glasses or via contacts. No matter what the future holds, consumers might want to keep their eyes open to the possibilities. While no one can see into the future, the visions of many companies might augment reality right before our eyes.