Are These SUVs that Look like Jeeps Affordable Options for Budget Buyers? 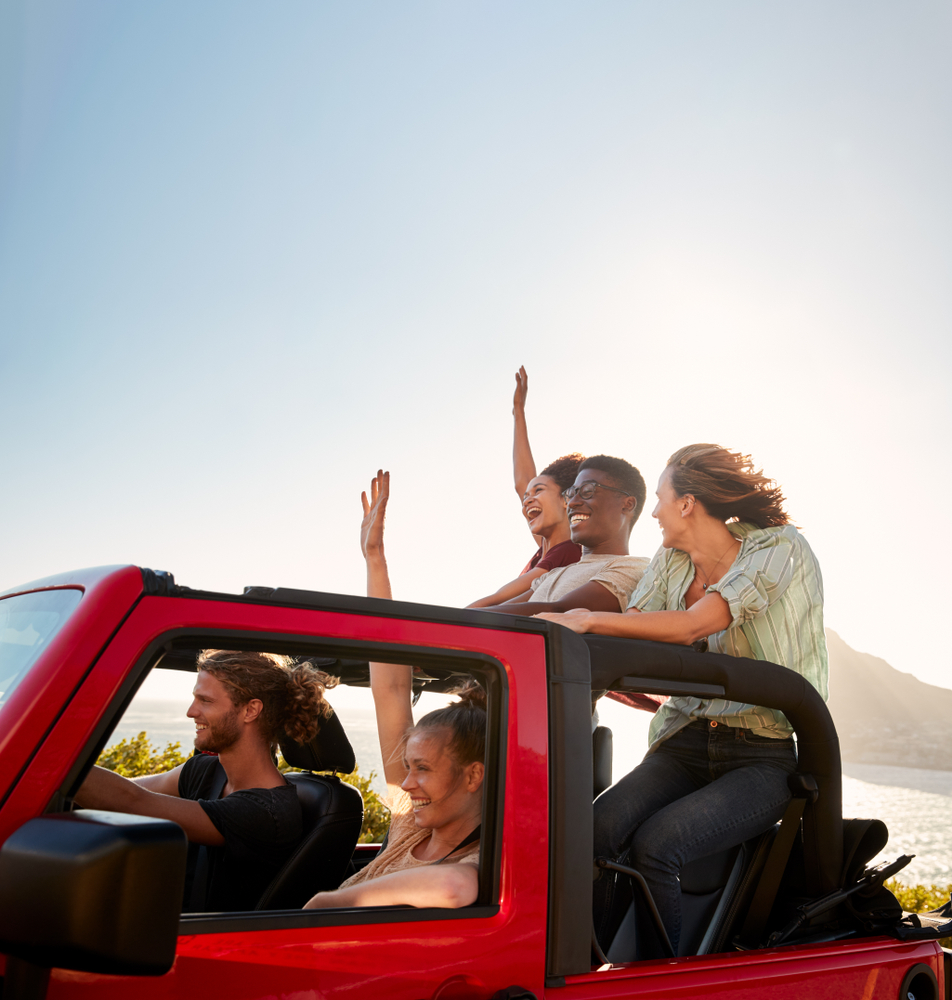 It’s not uncommon to see a Jeep owner on the road with a cover on the back tire that reads “It’s a Jeep Thing.” These SUVs can go off the beaten path, drive through rough terrain and cruise along the sandy shorelines, too.

Jeep offers numerous SUV models; the Renegade is the least expensive model and starts at $24,695. Many Jeep enthusiasts gravitate to the Wrangler model, which is also offered in limited-edition trims. The base Wrangler starts at just under $30K. For budget buyers, are there other options? These SUVs that look like Jeeps could be more affordable or more of a luxury vehicle, and these models can tackle off-road adventures, too.

The Jeep Wrangler: The Model that Defines the Brand

When consumers are searching for an SUV that looks like a Jeep, they might be focused on a specific model. Jeep’s best-selling vehicle is the Jeep Grand Cherokee. However, the Jeep Wrangler might be the most definitive model of the brand. Gear Patrol explains that the Wrangler is the best Jeep for off-road. In addition, the Wrangler also is known to hold its value.

There really is not an identical model produced by any other brand. The Wrangler simply stands alone in its iconic design. However, the Ford Bronco might be the next best option.

While the Wrangler starts at less than $30K, its price goes up with the trim level. The Wrangler Unlimited Rubicon 392 is the highest trim for the model and it starts at $79,990. The Wrangler also is available in the following trims:

In total, there are 11 different trim options for the Wrangler. As the price can touch nearly $80K, buyers who want the upper tier trim might look for a more affordable substitute, especially if they are limited in their budget.

However, some buyers also cannot afford to spend more than $30K on a new model. Since even the lowest trim Wrangler pushes this limit, buyers might be on the hunt for other options.

The Best Wrangler Alternative is the Ford Bronco

In addition, the 2022 Bronco was so popular with buyers that it’s unavailable to order. Buyers who want the Bronco might be out of luck for now. However, 2023 models might appear at dealerships soon (hopefully).

Buyers who really want a Wrangler but cannot afford the sticker price could look for pre-owned models. In addition, the used market also could offer pre-owned Broncos, too.

Is there a less expensive dupe for the Wrangler? Not right now, but buyers might keep their eyes open for the 2023 Bronco. Some trims could be less expensive than comparable Wrangler trims. In fact, Ford notes that the Bronco trims range in price from around $31,300 to $68,500 for the highest trim (the Raptor).

While there are 11 trims for the Wrangler, there are only eight for the Bronco. Three trims are in the $40K range and three are in the $50K range. The base is $31,300 and the Raptor hits $68,500. Again, though, these models aren’t available to order, and options might be limited at dealerships.

The Jeep Grand Cherokee is the Most Popular Jeep

Other trim options include:

Alternatives to the Grand Cherokee

Buyers who want an SUV that looks similar to the Grand Cherokee but who might not want to spend the money on the model or who might want a more luxurious option can choose from a few other models. These SUVs have a similar design as the Grand Cherokee;

Is a Hummer Affordable?

The Hummer has moved to an electric option. The once gas-guzzling large SUV now operates on electric power. The Hummer is available as either an SUV or a pickup truck; the pickup looks similar to the Jeep Gladiator pickup.

How much is the electric Hummer?  The 2022 model had a starting MSRP of $79,995. This makes the Hummer a much more expensive option than the Grand Cherokee. However, the electric engine allows buyers to ditch the gas station—this could be a significant savings.

The Grand Cherokee gets an estimated 19 MPG in the city and 26 MPG on the highway, although it is offered in a hybrid option (noted as the 4xe); the hybrid 4xe has a starting price of $60,695 and can get an estimated 56 MPGe.

Still, choosing a large SUV like the Hummer that only runs on electric could save buyers money on the commute and is the greenest option (for those looking to decrease their carbon footprint).

About the Land Rover Defender

Like the Grand Cherokee, the Land Rover Defender can take on the tougher terrain. However, the Defender is priced higher. The Defender is offered in three different options (the 90, 110 and 130).

The highest priced Defender is the Defender 110 V8 Carpathian Edition, which starts at $118,400. Buyers who want a Defender should consider this model a luxury automobile.

The Jeep Gladiator: The Pickup Truck from the Iconic Brand

This is the Best Dupe for a Gladiator

The Jeep Gladiator is a uniquely designed pickup truck that is very true to the Jeep brand. Buyers who are looking to spend less than the base trim for the Gladiator could research the Hyundai Santa Cruz.

The 2022 Santa Cruz is available in the following trims (prices denote starting MSRP):

Is there an Electric Pickup that Offers a Similar Style?

The Tesla Cybertruck hasn’t hit the roads yet; those who ordered their model are still waiting for delivery. The Cybertruck doesn’t look like a Jeep; it has a futuristic and angled design that is all its own. Like all Tesla models, it’s also electric.

While many trucks might drink up fuel and hit their owners with high costs at the pump, the Cybertruck plugs into a charger. It offers an estimated range of 500 miles and can tow up to 14,000 pounds.

Can Buyers Dupe a Jeep?

While there are many different brands on the market that could offer alternative models to popular Jeep vehicles, there really is only one Jeep.

Many other models offer a similar style or design as a Jeep, but they don’t look exactly like the Jeep models. Some of these competing models are less of an investment than a Jeep while others are luxury models with a higher price tag.

For some buyers, money or the budget might not stand in the way of purchasing a Jeep. If buyers are looking for an SUV that looks like a Jeep, they might ask themselves if they simply just want a Jeep.

Brands and their vehicles can become iconic. Jeep produces many models that are known for their sporty design, and, since these models have become a signature of the brand, they can’t really be duplicated.

For buyers on a budget, though, other models can be a bit more affordable. However, if a buyer really wants a Jeep, they might opt for a used model to keep the price on budget.