Tech Features are Shifting How We Drive 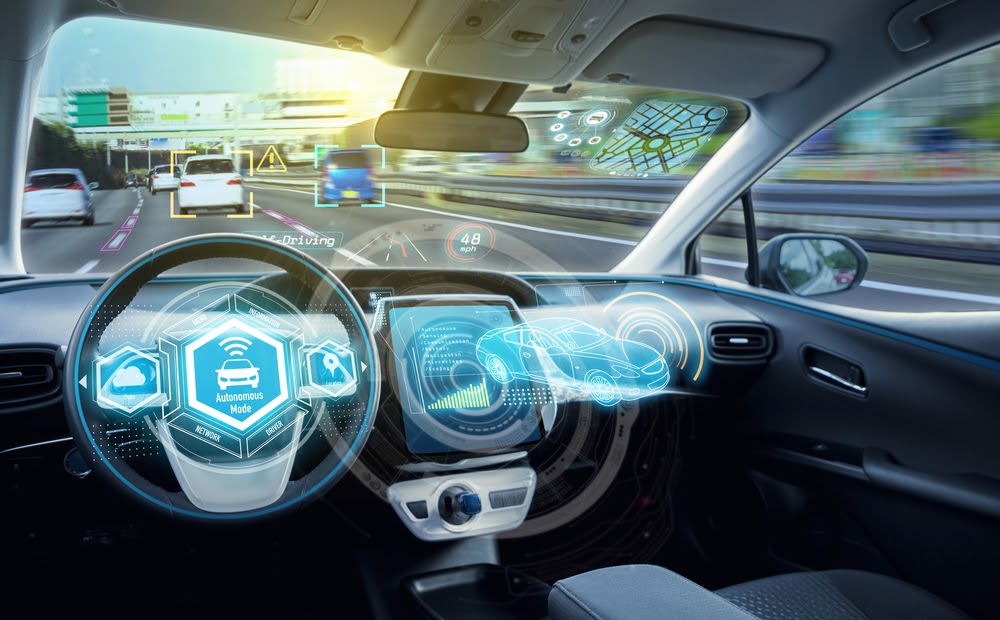 The daily drive doesn’t look anything like it did a few decades ago. Cars have relied on computer technology for years, as these chips began to serve as a mechanical brain for the automobile. However, digital has wired beyond the hood and served to elevate the entertainment value and joy of the driving experience.

Tech features are shifting how we drive. Gone are the days of plugging a portable compact disc player into the lighter. Or popping a cassette into the standard radio. Now we use phones to stream music. And the vehicle can sync to devices and send messages or make calls. Here’s a look at the digital features that enhance the driving experience and what may come next.

Learning to drive back in the ‘80s and ‘90s meant that young drivers had to master backing into parking spaces and parallel parking. Drivers looked over their shoulders to pinpoint their proximity to other vehicles. The turning radius had to be just right to angle into the parking spot between cones or two cars.

For some drivers, these lessons were simple. Years later, some still avoid the dreaded parallel parking space. Or maybe they don’t need to avoid anything! If drivers who are not-so-savvy with their parking still struggle, they may rely on augmented reality features built into their vehicles.

Back-up cameras and cameras positioned in the front end of the vehicle provide an eagle-eye view of every vantage point while navigating tight parking spaces. Instead of turning to look behind them and then checking the front end, drivers now can just look at their camera screens. These screens show the actual environment (e.g. parking space) and include digitized grid lines that illustrate the turning radius of the vehicle. These features allow the driver to see the exact positioning of the vehicle.

Even better? Some newer models are even equipped with automatic parking features. The driver doesn’t have to do anything! The car’s sensors judge the proximity of other vehicles and understand exactly how to navigate the space.

Worried that the vehicle is too close to another vehicle while parking? Today’s models also may have warning sounds that signal when an obstacle is about to be hit. Typically, these signals emit rapid beeps to alert the driver to stop.

Backup and front-end cameras may help drivers reduce accidents and fender benders, allowing the driving experience (and especially the parking experience) to be a bit less stressful. However, advanced technology features wire into the entertainment hub of the vehicle, adding more ways for the driver to relax and enjoy the commute.

As the smartphone has become the standard communication device for many, the automobile industry has equipped many vehicle models to sync to this ubiquitous technology. The entertainment hub in the car is no longer just a tape deck, radio, or CD player. That’s prehistoric!

Today’s models may be fully decked, dressed to the digital nines! Stereos feature digital touch screens and USB ports that allow devices to connect to the entertainment console of the vehicle. These smart entertainment systems allow drivers to stream music, send/receive phone calls or even send text messages…hands-free.

Entertainment features in newer vehicles also serve to make long road trips much more enjoyable for both kids…and parents. While mom and dad can stream music or listen to podcasts, some vehicles also feature television screens in the back seats, allowing children to watch their favorite movies or shows. The days of playing “I Spy” or having children bring books or portable board games have been displaced by the wired world of technology. Kids also can plug in their own phones or tablets right in the backseat!

Technology Simplifies the Handheld Map, Too

Long road trips or family vacations cross-country also once relied on handheld maps. Those large, bulky, and very difficult to refold handheld maps were the standard for navigating the roads. However, they were also quite cumbersome, and, if the passenger wasn’t adept at reading all those lines of highways, streets, and landmarks, also might have led to a few drivers heading in the wrong direction.

As smartphones can plug into the entertainment console of the vehicle, drivers also can utilize the GPS features in smartphones to help them navigate new cities or to drive from one destination to another. Instead of asking the passenger to provide step by step directions, the GPS assistant verbally provides commands that prompt the driver about where to turn next. Or when the next exit is approaching.

These GPS functions may reduce the stress that drivers feel when trying to navigate a new city and may empower less adventurous drivers to explore unfamiliar areas…or even pursue a long road trip. When the fear of getting lost is minimized, the driving experience can become a much more relaxing adventure.

The Future of Vehicle Technology

While cameras and entertainment hubs add to the safety and enjoyment of the drive time, these features are ever-evolving. The future of in-vehicle technology may depend on the manufacturer and its own enterprising ingenuity.

Mercedes-Benz recently made the news with the announcement of its MBUX Hyperscreen. This massive digital hub is equipped with artificial intelligence (AI). Per Mercedes-Benz “…with software capable of learning, the display, and operating concept adapts completely to its user and makes personalized suggestions for numerous infotainment, comfort and vehicle functions.” This could represent the future of what digital entertainment looks like within the vehicle. Will other manufacturers create their own concept, with the aid of AI?

Perhaps the real future of digitized technology within the automotive sector is, in fact, the self-driving car. Fully autonomous, the vehicle would provide hands-free driving experiences and take the driver into the passenger seat. There are numerous companies looking to delve into this sector, and the future could very much lead to a world where no one drives.

How would a self-driving car take shape? Again, the model—including design and features—may depend on the manufacturer. Perhaps the driver would still sit in the driver’s seat but set the vehicle to self-navigate. Perhaps there is no driver’s seat. Maybe the steering wheel even becomes obsolete?

As these vehicles are developed and prototypes are designed, the safety features would have to be designed flawlessly, ensuring no room for error. Would steering wheels be provided in case of a malfunction and the driver needs to self-navigate? The questions related to the actual mechanics and design of these vehicles is very much up in the air.

Eventually, vehicles could include avatars that serve as virtual passengers. These virtual companions are already in development; Nissan’s Invisible-to-Visible Technology is developing a way for avatars to join the drive via the “Metaverse.” These virtual friends or family could ensure that solo drivers don’t feel so lonely during a long drive. Nissan’s developing technology also would allow for windows to project a blue sky on windows during dreary days.

Rolls Royce has already included its own captivating illusion of the sky, however. Certain models include fiber-optic stars that light up the ceiling of the vehicle, creating a starry ambiance. This feature can be customized, too…including the colors of the stars.

Many drivers might not fully appreciate or understand the features and benefits of the technology offered in their vehicles. This is where the user experience might be hindered. Touch-screen radios are simple, but there could be more beyond that digital screen.

Some buyers might have been overwhelmed when all the features and benefits of their car were explained upon purchase, but it’s important to understand all that the vehicle has to offer. The dashboard often contains numerous screens that provide the vehicle’s mechanical data, but navigating these screens might take a bit of training.

For drivers who recently invested in a new vehicle that offers all the latest and greatest digital features, it may take a while to navigate and become familiar with all the options and features. This is where the vehicle’s handbook becomes a valuable tool.

Sales professionals at dealerships may spend hours each day going over all the mechanics and cool entertainment features, but new drivers may find this information going in one ear and out the other. When in doubt about any feature or how to access a tech function, check out the handbook. While the guide was once just a resource for simple functions (like how to turn off the oil light), now these thick books may be the trusted resource on how to figure out all the latest and greatest tech features.

While the future may point to highways filled with traffic driven autonomously by AI, the self-driving car is still in development. However, technology is wired throughout vehicles, enhancing safety features and entertainment options. Paper maps are often tossed aside for the digital GPS functions that phones can sync into the car’s display. Backup and front-end cameras simplify the task of parking, perhaps minimizing the risk for fender benders. And, of course, tablets and smartphones sync into the vehicle to allow drivers to stream music and make calls (hands-free).

Even kids can enjoy the high-tech offerings of new vehicles, as they watch movies in the back seat via video screens and plug in their own devices. Manufacturers like Nissan are working on more advanced technological features that could allow for avatars to join the ride. The future may be autonomous, but the present is, without a doubt, high-tech.