The Future of Augmented Reality in Cars 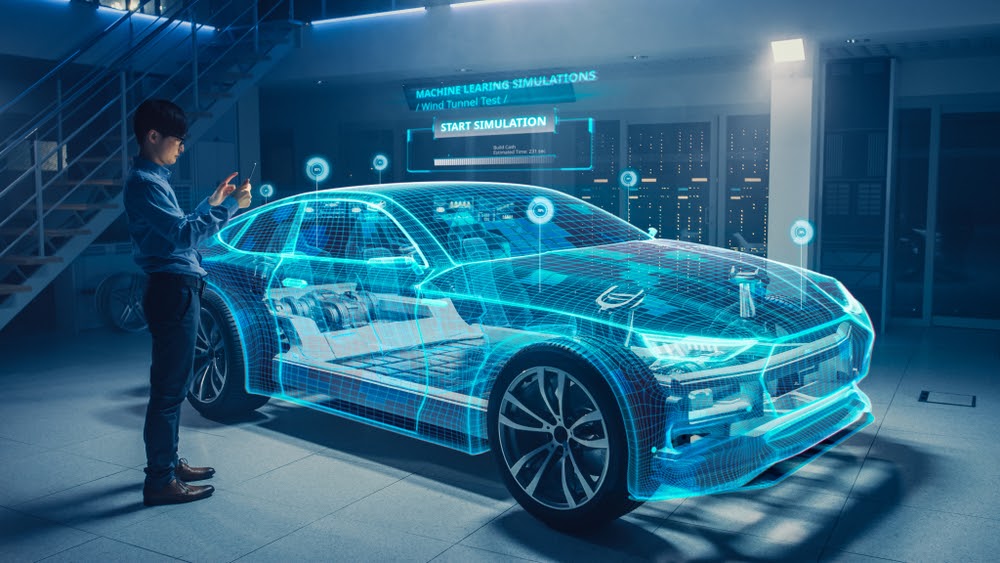 Augmented reality is technology that allows users to superimpose digital elements such as images, text, and sounds onto their real world environment.

Perhaps the most well-known use of this technology is the Pokemon Go app, which took the world by storm several years ago. Due to the popularity of this app, many people now associate augmented reality technology with the gaming world. It’s true that this technology is widely used in gaming, but it has also been embraced in a number of other fields, including the automotive industry.

Even though the technology has been around for decades, augmented reality is still fairly new to the automotive industry. But it’s already made a significant impact, and experts believe that augmented reality will continue to shape the future of cars in the years ahead. Here’s what you should expect:

How Could Augmented Reality Be Used in Cars?

There are endless ways for automotive manufacturers to incorporate augmented reality in vehicles, including:

One of these automotive manufacturers is Cadillac, which included an augmented reality navigational tool in its 2021 Escalade.

This vehicle is designed with a 14.2-inch center screen that displays a live video feed of the road ahead whenever the navigation system is in use. The system uses augmented reality technology to superimpose digital elements such as arrows and chevrons onto this live video feed.

These digital elements make it easier for the driver to clearly see where they need to go to reach their final destination. Using augmented reality technology in this manner ensures that drivers won’t need to squint their eyes to read street signs or make dangerous maneuvers if they miss a turn.

Identification of Points of Interest

For example, say a driver is running low on gas and needs to find a gas station as soon as possible. This technology could be used to superimpose digital pins marking the location of nearby gas stations directly onto the driver’s windshield. This way, the driver could quickly see where the closest gas station is without taking their eyes off of the road.

Of course, this feature can be used to pinpoint more than just gas stations. It can also help drivers quickly find restaurants, shopping malls, schools, and other points of interest that they may pass on the road.

Automotive manufacturers can use augmented reality technology to help drivers avoid dangerous collisions. Built-in sensors are now found in the front, rear, and sides of many vehicles. These sensors are designed to detect changes in the driver’s environment that could indicate danger.

For example, the sensors may detect that the vehicle directly in front of the driver has suddenly come to a complete stop. If a change like this is detected, it will be immediately reported to the augmented reality system, which will use this technology to display digital warnings on the driver’s windshield. In this example, the warning might consist of a red alert symbol superimposed onto the vehicle that has suddenly stopped.

Augmented reality has the power to completely transform the process of parking a vehicle. This technology can be used to help drivers quickly locate parking spots that are large enough for their vehicle.

For example, if a driver is slowly traveling down a road lined with parallel parking spots, this technology can scan the vehicle’s surroundings to look for empty parking spaces. If a spot is detected, the system can highlight it directly on the driver’s windshield so it grabs their attention. The system may even project digital arrows and other elements to guide the driver as they safely maneuver into the parking spot.

This feature can benefit all drivers, especially those who operate large vehicles.

Drivers often take their eyes off of the road if they get a phone call, text, or another type of notification on their smartphone. But augmented reality can be used to help drivers stay focused even when these notifications come in.

If a notification appears, the driver can respond to it using voice commands. This may mean answering the call and having a hands-free conversation or using their voice to dictate a response to a text. This ensures that drivers don’t need to take their eyes off of the road in order to check a notification on their smartphone.

What Factors Should Automotive Manufacturers Consider When Designing Vehicles With Augmented Reality?

No augmented reality system should be placed in a position where it could accidentally interfere with the driver’s view of the road. This is especially important when designing heads-up displays, which could severely obstruct the driver’s view if not positioned correctly.

No matter how helpful the augmented reality feature, it cannot interfere with the driver’s ability to safely operate the vehicle.

Augmented reality systems in vehicles convey a wealth of information through the use of icons. But in order for the system to effectively convey this information, it must be designed with recognizable icons.

Drivers should immediately understand what an icon signifies simply by glancing it. They should never have to consult a user manual to figure out what the augmented reality system is trying to tell them. Doing this would not only make the system ineffective, but it would also distract the driver and put them at a greater risk of getting into an accident.

Smart Use of Animations

It is important for automotive manufacturers to think carefully about the use of animations when designing augmented reality features inside vehicles.

Animations are moving digital elements, so they could potentially draw the driver’s attention away from the road. As a result, these digital elements must be used sparingly and only when appropriate.

In the first example, the animation is not providing crucial information, so it should not be used because doing so would take the driver’s eyes off of the road for no good reason. But in the second example, it is appropriate to use the animation since doing so could help the driver avoid a potentially dangerous situation.

Another factor that automotive manufacturers should consider when designing vehicles with augmented reality is the use of color.

People tend to associate certain colors with specific emotions or meanings. For instance, the color red is often associated with danger or the need to take immediate action. If a driver sees a stop sign, they know that they must come to a stop to avoid getting into a collision.

The color green, on the other hand, typically means go because it is associated with a green traffic light.

Automotive manufacturers must keep these associations in mind when designing augmented reality features. Warnings that are designed to alert drivers of potential danger should be red, for example. This way, the driver will know that the warning is serious and requires their immediate attention.

Developing hands-free systems ensures that the driver does not have to sacrifice their safety in order to take advantage of one of their vehicle’s augmented reality features.

The Other Uses of Augmented Reality in the Automotive Industry

Incorporating augmented reality technology into the design of vehicles will be a huge trend in the automotive industry in the years ahead. But this industry has already found countless other ways to use this technology, including:

In the past, consumers visited multiple dealerships to conduct research on vehicles before deciding which one to purchase. But now, the vast majority of consumers conduct automotive research online without ever stepping foot in a dealership. In response to this shift in consumer behavior, many automotive manufacturers now use augmented reality technology to create virtual showrooms.

Virtual showrooms give consumers the opportunity to explore the inside and outside of a vehicle from their home. For example, they can use augmented reality to project a true-to-scale digital vehicle into their driveway. Then, they can explore the vehicle just as they would if they were looking at it in a real showroom.

Using this technology in this way makes it easier for consumers to get the information they need to narrow down their options and make a purchase decision.

Engineers typically make clay models of every new vehicle design. If a change is made to the design, they must make an entirely new clay model that reflects the change. Multiple changes are usually made before the design is finalized, which means engineers usually have to make a number of different clay models during the design process.

Not only does this save Ford money, but it also drastically reduces the amount of time that it takes to finalize the design of a new vehicle.

The experts will be able to see exactly what the technician sees. Then, the experts can use augmented reality technology to project digital elements onto the technician’s screen to help them make the necessary repairs.

Augmented reality is changing the way vehicles are manufactured, too. Assembly line workers can now use augmented reality headsets to access information on a specific vehicle, vehicle part, or manufacturing process.

They won’t need to ask someone for help or waste time looking through instruction manuals—they can quickly access the information they need thanks to augmented reality technology.

These are some of the many ways in which augmented reality is currently used in the automotive industry. Experts predict that automotive manufacturers will continue to find new and exciting ways to use this technology to streamline production, market new vehicles, and create a safer, more enjoyable driving experience for consumers.