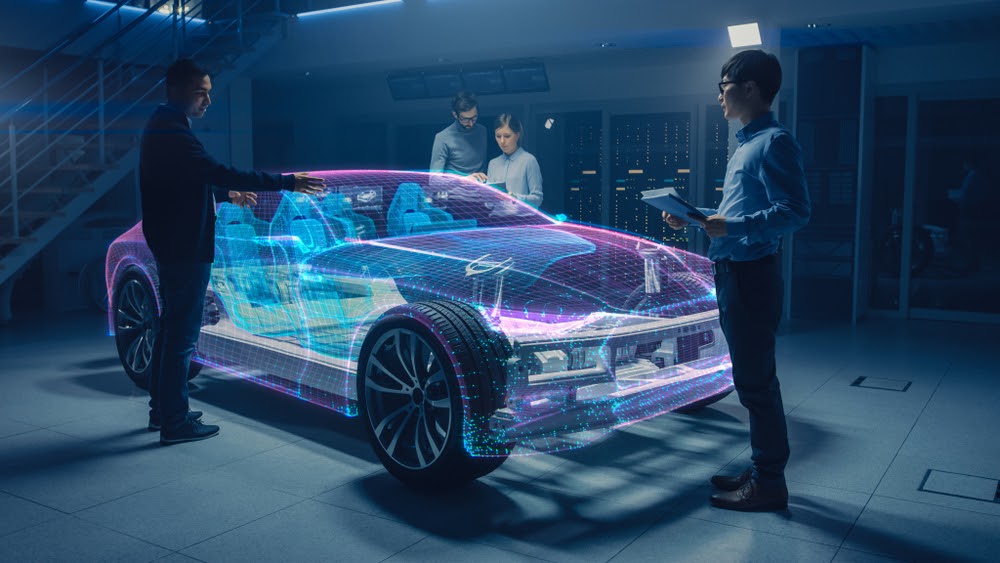 Toyota is one of the biggest companies in the automotive industry. For decades, it has dominated the market by producing vehicles such as the Corolla, Camry, Tacoma, Rav 4, and 4Runner that appeal to a wide range of consumers.

The use of innovative technologies has also helped Toyota stay on top of the market for so long. For example, Toyota used advanced technology to manufacture the Prius, which was the world’s first mass market hybrid vehicle.

Toyota is now using another technology to gain a competitive edge: augmented reality. This technology allows users to superimpose digital elements such as images, animations, and sounds, onto their real world environment.

Here’s a look at how Toyota uses augmented reality technology:

In the past, automotive consumers had to visit dealerships in person to tour showrooms, explore different vehicles, and gather the information they needed to make a purchase decision. But now, Toyota is one of many automotive manufacturers that is using augmented reality technology to offer consumers a virtual showroom experience.

Automotive consumers can use their smartphone, tablet, or computer to access Toyota’s virtual showroom. Inside the showroom, they can see a 360-degree view of the vehicle’s exterior, zoom in for a closer look, or even peek inside the vehicle to examine the interior. Thanks to augmented reality technology, consumers will feel like they’re looking at the car in person at a showroom.

Another feature allows consumers to project life-size digital models of the vehicles into their real world environment. This gives consumers the chance to see how a specific Toyota vehicle would look in their driveway, parked in their garage, or sitting on their coffee table.

Using augmented reality technology in this manner makes it easier for automotive consumers to shop for a vehicle online. It allows them to conduct research on their options from home so they don’t have to visit a dealership in person until they are ready to purchase a vehicle.

Lexus, which is the luxury vehicle division of Toyota, has developed a system known as the Lexus Augmented Reality Kit, or LARK. Part of this system is a digital user manual powered by augmented reality technology.

The app is designed to recognize and present information on various features found inside a vehicle. For example, if a consumer points their smartphone at the infotainment system, the app will automatically display information about this system on the consumer’s smartphone screen. This information will help the consumer set up the system, connect their devices, and troubleshoot issues.

This makes it much easier for consumers to learn about their vehicle. It also helps them quickly identify and fix simple issues without a professional’s help.

The app is not available to consumers yet, but Toyota believes that it will eventually change the way in which consumers access information on their vehicles.

David Kleiner, Toyota’s Extended Reality Lab Manager, recently discussed several augmented reality projects that are currently in development at Toyota. One of these projects involves targeting consumers in the post-purchase phase of the consumer buying cycle in an effort to sell more accessories.

Kleiner revealed that Toyota is working on an augmented reality experience that allows consumers to see how accessories look on their Toyota vehicle. The tool would let consumers explore different ways to customize the way their vehicle looks and performs. Toyota consumers would also be able to purchase accessories directly through this tool, which would make shopping online for automotive accessories more convenient.

Toyota has partnered with Microsoft to provide augmented reality training through HoloLens smart glasses. Employees can use these smart glasses to access training material that prepares them for the assembly line.

Using augmented reality technology to train employees helps Toyota train more employees at once. It also allows new employees to get hands-on experience in a safe environment where their mistakes won’t have costly consequences. This way, new employees will know exactly what to do once they complete training and start working on the assembly line.

During the planning process, Toyota uses these augmented reality headsets to project digital models of equipment and machinery into the empty production plant space. This allows them to determine where each piece of equipment and machinery should go to maximize production efficiency. It also eliminates the need to build a physical model, which helps Toyota save time and money on planning the layout for a future production plant.

Improve the Efficiency of Vehicle Manufacturing

Several years ago, it was reported that Toyota’s project managers were experimenting with different ways to use augmented reality smart glasses to improve the efficiency of a variety of tasks.

One project manager at the company’s headquarters in Japan found a way to use Microsoft HoloLens smart glasses to quickly measure the thickness of a vehicle’s exterior paint. This needs to be done on every vehicle to ensure the paint color is consistent. It also helps employees confirm that the rust prevention coating has been applied to the vehicle.

In the past, the process of checking the thickness of a vehicle’s paint required two people and took a total of eight hours. But now, a single employee can complete this task in just under four hours using a pair of Microsoft HoloLens augmented reality glasses.

This is just one example of how augmented reality technology has helped Toyota drastically speed up the process of manufacturing new vehicles and performing quality checks.

Augmented reality is often thought of as a new technology, but it’s been around for quite some time. In fact, Toyota has been experimenting with this technology for over a decade. In 2011, Toyota partnered with the Copenhagen Institute of Interaction Design (CIID) to create its “Window to the World” design concept, which used augmented reality technology to turn a standard car window into a glass canvas for passengers to play with.

Passengers could use their fingers to trace images onto the window. Using augmented reality technology, the images turned into three-dimensional digital objects that were superimposed onto the real world environment. Passengers could also point at a landmark outside of the window to measure its distance from the car.

Toyota never incorporated this innovative design concept into any of its vehicles. However, two prototypes of the concept were on display for several months at the Autoworld Museum in Brussels.

Toyota has found a great deal of success by using augmented reality technology to improve production processes, market vehicles, and connect with consumers. Because of this success, it’s safe to say that Toyota will continue to explore new ways to take advantage of this technology in the future.