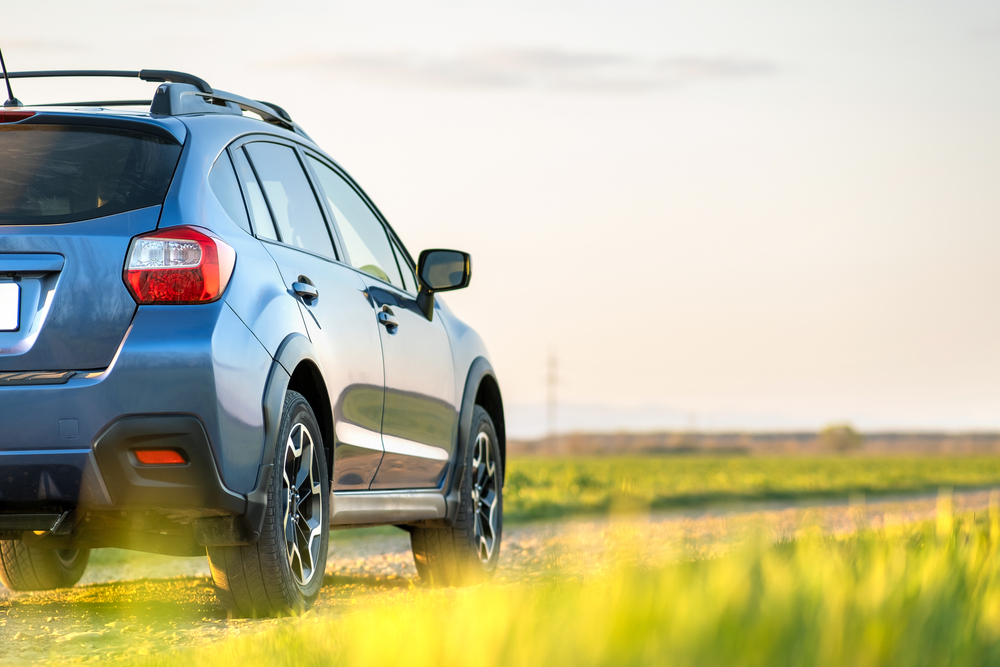 Toyota is known for producing relatively budget friendly, safe and dependable vehicles. SUVs are one of the more popular vehicles in the country, and three Toyota SUVs were among the best-selling vehicles of 2021. In fact, the Toyota RAV4 was the fourth most popular vehicle in the country.

Car buyers who are researching SUV options will discover 10 Toyota SUV models and crossovers in the brand’s 2022 lineup. The models include:

What is the Difference Between a Crossover and an SUV?

There are several crossovers in Toyota’s lineup, and car buyers shouldn’t conflate the crossover with the sports utility vehicle (SUV). There are a few differences that make these two body types distinct.

SUVs are built on a truck chassis; this makes the vehicle heavier. Crossovers are built on a standard car body. While they offer similar passenger space as an SUV, a crossover is lighter than the SUV.

In addition, SUVs often can be equipped with four-wheel drive and other features that make them ideal for off-road adventures. Crossovers are designed more for the standard roads, although there are exceptions.

Autobytel rounded up a list of crossovers that can handle off-road treks. The RAV4 was among the models listed; while some consider the RAV4 to be a smaller SUV, it’s also categorized as a crossover.

Car shoppers will find, though, that crossovers could offer three-rows of seating and similar cargo space as an SUV. The interior could be very similar, and, again, it’s the body weight and the driving capabilities that make these vehicles very different.

With the price of gas always subject to supply and demand, the cost at the pump can fluctuate dramatically. Car buyers who aren’t ready to plug in an electric model might consider a hybrid SUV. Since larger SUVs tend to be gas guzzlers, choosing a hybrid or plug-in hybrid increases the driver’s MPG and can help save money at the pump.

Toyota offers four hybrid SUVs: Highlander Hybrid, Venza, RAV4 Hybrid and the RAV4 Prime (a plug-in hybrid). Hybrids are more expensive than their standard counterparts. However, drivers who use their SUVs for longer commutes could save a decent amount of money on fuel costs.

The Highlander Hybrid starts at $39,555 and can get 36 MPG in the city and 35 MPG on the highway. While the standard Highlander is more than $4,000 less expensive, it only gets 21 MPG in the city and 29m MPG on the highway. For those who rack up the majority of their mileage in the city, the hybrid is the ideal choice. The Highlander Hybrid has space for seven to eight passengers (depending on second-row seating options). It can tow up to 3,500 pounds. The 2022 Toyota Highlander received a Top Safety Pick+ award/rating from the Insurance Institute for Highway Safety (IIHS); the hybrid was not separately rated.

The Venza is only available as a hybrid; there isn’t a standard gas-consuming model. The Venza starts at $33,240 and can get 40 MPG in the city and 37 MPG on the highway. The Venza has space for up to five passengers. It also received a Top Safety Pick rating/award from IIHS.

The RAV4 Hybrid starts at $29,575 and can get 41 MPG in the city and 38 MPG on the highway. The RAV4 has space for up to five passengers. It can tow up to 1,750 pounds. The RAV4 received a Top Safety Pick (with specific headlights) from IIHS; the hybrid was not separately rated.

The RAV4 Prime is a plug-in hybrid that starts at $40,300. The Prime is the most fuel efficient of the RAV4 models and can get up to 38 MPG or 94 MPGe (using the battery). Like the Hybrid, it has space for five. However, the Prime offers a better towing capacity; it can pull up to 2,500 pounds.

Car buyers who aren’t bothered by trips to the pump or who simply don’t wish to pay a higher price for a hybrid can select from numerous standard SUV models and crossovers from Toyota’s lineup.

The Highlander is one of the largest SUVs offered in Toyota’s lineup. The model starts at $35,855 and can fit seven to eight passengers (depending on the second row seat choice). The Highlander can get 21 MPG in the city and 29 MPG on the highway. It can tow up to 5,000 pounds and received a Top Safety Pick+ award/rating from IIHS.

The C-HR starts at $24,130 and is one of the least expensive SUVs/crossovers in Toyota’s lineup. It can get 27 MPG in the city and 31 MPG on the highway and has space for up to five passengers. The C-HR received a Top Safety Pick rating/award (with specific headlights) from the IIHS.

The Toyota Corolla also is one of the most popular vehicles in the country; it placed 12th among the best-selling vehicles of 2021. The Corolla also is offered in a crossover designed dubbed the Corolla Cross. It starts at $22,245 and can get 31 MPG in the city and 33 MPG on the highway. The Cross has space for five passengers. It received a Top Safety Pick+ award/rating from the IIHS.

The 4Runner is Toyota’s most ruggedly designed SUV and can tackle off-road thrills; it offers space for up to five passengers, but buyers can upgrade to three-rows of seating that offers space for seven. The 4Runner starts at $38,105. However ,it isn’t the most fuel-efficient option in Toyota’s lineup; the 4Runner only gets 16 MPG in the city and 19 MPG on the highway.

The Sequoia is a full-sized SUV with three rows of seating and space for seven to eight (depending on the seat configuration). The Sequoia starts at $50,500 and has the lowest fuel efficiency in the lineup —13 MPG in the city and 17 MPG on the highway. However, buyers who choose the full-size Sequoia might desire space and size over fuel efficiency. Unfortunately, buyers on the hunt for a 2022 Sequoia might be out of luck; Toyota notes on its website that inventory is low.

Toyota is adding an additional SUV/crossover to its lineup in 2023. The bZ4X is an all-electric model that will start at $42,000. It will have an estimated range of 252 miles and will offer enough space for four passengers. Forbes explains that the model’s name stands for ‘beyond Zero.’

The app includes two interactive experiences for car exploration. Shoppers can use a virtual reality showroom (with Google Cardboard) or interact with immersive 3D imagery of SUV and crossover models.

Select a favorite vehicle and use a fingertip to rotate the 3D car model on the screen. Car shoppers can look at the model from any angle. In addition, the RelayCars app also lets buyers peek inside the vehicle and look at all the interior features.

Those who don’t want to download an app also can visit the RelayCars website to use the same on-screen 3D models as the app. Visit the site from a mobile device to explore cars on the screen and interact with vehicles. In addition, the mobile site also offers an augmented reality experience.

With augmented reality technology, the camera from a smartphone or tablet captures the user’s environment. They can select any model from the RelayCars inventory and view the vehicle in the environment captured via the camera.

RelayCars also lets users view vehicles in different paint colors to see what hue is the ideal choice for their personality and style. Both the RelayCars website and app also feature pricing information and specs for every vehicle; compare models and research the starting price of different Toyota SUVs and crossovers.

Consumers can use RelayCars to explore all their options to find the best vehicle for their budget and their driving needs. RelayCars never closes, and there is no limit to the number of vehicles the user can explore. Drop a luxury model into the garage, preview different paint colors on an SUV or price out different sedans. RelayCars is a consumer’s one-stop shop for researching and exploring vehicles!