Toyota Van Models: All About the Van, the Previa and the Sienna 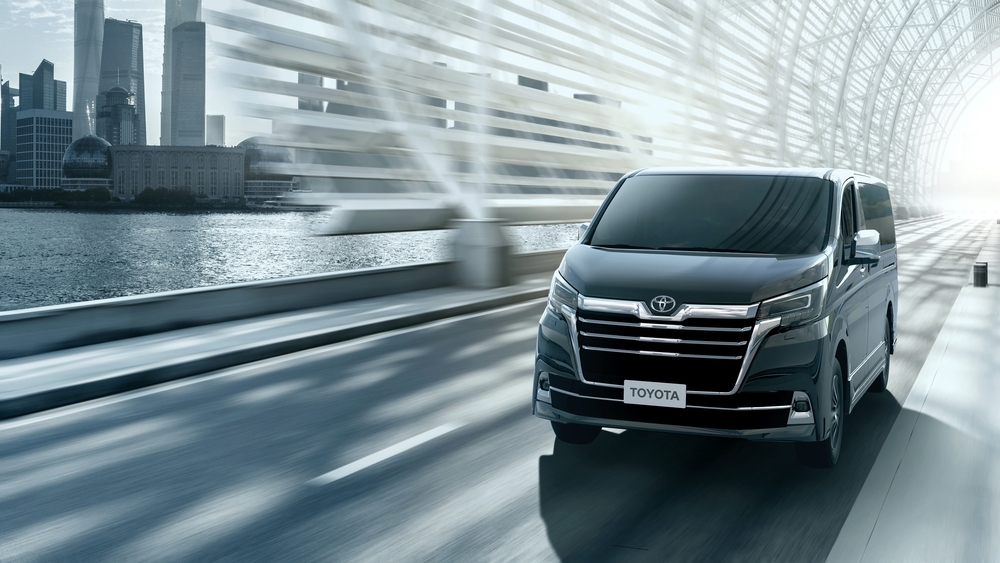 The number of minivan models has decreased in the automotive market. While this body style was incredibly popular for families, SUVs have eclipsed the minivan as the vehicle of choice. Unfortunately, minivans haven’t enjoyed the coolest of reputations; unlike the SUV, minivans can’t venture off road and they’re not the best option for towing.

However, the family-friendly minivan isn’t dead. While there may be fewer options on the market, those that are left still have a following. Toyota is one of the remaining manufacturers that still offer a minivan, and Toyota van models have remained a top choice for families.

The Toyota Sienna ranks high for safety and dependability. However, the Sienna hasn’t always been the go-to minivan model for Toyota. Here’s a look back on Toyota van models from the past and into today.

In the 1980s, minivans weren’t really a thing yet. That is, vans existed but they were full-size. There was nothing incredibly chic about the family van; they were large with a lot of space. Some kids who grew up in the ‘80s probably remember sleeping in a makeshift bed in the back.

Vans were a must-have for long car trips. They offered more room than a classic station wagon, and, again, they offered the option for a sleeping area on the way back.

According to AutoTrader, Toyota produced two different types of vans in the ‘80s. One was the classic passenger van, but the other was for cargo. The classic Toyota full-size van was unique in its shape. The windshield sloped at a pronounced angle.

The model didn’t have a fancy name, though. The van was simply called the Toyota Van.

Apparently, the vans were fairly popular. AutoTrader notes that from the van’s inception in 1984 to its final run in 1989, about 170,000 vans were sold. The Toyota Van in Europe even included a very cool option: an ice-maker!

Can consumers find these vans today? While it might be possible to hunt one down, the Toyota Van isn’t incredibly plentiful on the used market. Interested buyers might find one or two in their area. They’re also not exactly budget-friendly. A van from 1986 with nearly 200K miles might cost more than $8,900.

The 1990s: Say Hello to the Toyota Previa

When the Toyota Van was discontinued, it was replaced by the Toyota Previa—a minivan model! There are many Toyota dealerships that pay homage to the Previa, as it was an incredibly interesting minivan.

From 1991 to 1997, MotorTrend noted that the Previa included a very non-traditional engine placement—it was located in the middle of the chassis. The site explains that this minivan was even supercharged! While the minivans of today might have an uncool reputation, the old Previa was quite the hidden gem.

The Previa also included some out-of-the-ordinary interior features like an ice-maker and a fridge. The design of the minivan also included huge windows that provided for picturesque views for passengers.

In 1999, the Previa was bumped for another model: The Sienna. This is the minivan model that Toyota still produces today.

Since 1999, Toyota has produced the Sienna, which remains as one of the top-selling minivans on the market. Multiple minivan models have been discontinued by manufacturers. Today, only four minivan models remain: Kia Carnival, Honda Odyssey, Chrysler Pacifica and Toyota Sienna.

With the chip shortage, minivans might be in short supply. This means that the Sienna is likely in high demand. What sets this minivan apart from the other three competing models? In many ways, the competitors are fairly comparable.

The Pacifica, Odyssey and the Sienna received Top Safety Pick+ rating from the Insurance Institute for Highway Safety (IIHS). The 2018 Sienna also was named as the top pick for dependability from J.D. Power.

The 2022 Sienna is offered at a base price of $34,710. It can seat up to seven passengers but a bench seat can provide space for eight passengers. The fuel efficiency of the Sienna also is fairly decent; it can get 36 MPG both in the city and on the highway. The new Sienna is even offered in a hybrid model.

While minivans aren’t necessarily equipped to tow heavy loads, the Sienna can pull up to 3,500 pounds.

For car buyers looking for a new minivan, the Toyota Sienna is only one of four minivan models available in the current market. However, those who want to purchase a used or pre-owned van could hunt for older Toyota models like the Toyota Van or the Previa.

The price for older models depends on several factors, including supply and demand. The Toyota Van also might be hard to locate, and its rarity also could mean paying more.

The price of used minivans also will depend on a few other factors, including:

When shopping for much older models like the vans from the ‘80s, conditions might vary. Some vans might be completely torn apart inside while others could be very well preserved. Buyers could face a DIY project or a serious renovation.

Older vans, though, also could be ideal for buyers to transform into the perfect automobile to live the van life. If the van needs serious work, this could lead to a very low purchase price and an opportunity to create a very unique hub for on-the-road adventures.

Minivans or full-sized vans from the ‘80s and ‘90s also will not be equipped with the modern safety equipment found in today’s models. In these ‘80s and ‘90s, backup cameras didn’t exist. Older vans also won’t include savvy infotainment systems that allow for smartphone compatibility, although buyers might have access to vintage features like a cassette player or a CD player.

What to Pay for Pre-Owned Toyota Van Models

How much can buyers expect to pay for a used van or minivan from Toyota’s lineup? To better understand the resale value of an older van or how much a buyer might expect to pay, consult a site like Kelley Blue Book (KBB).

KBB lets car shoppers research the value of vehicles and search for available models at nearby dealerships, too. For consumers who own an older Toyota Van or Previa, there might be money in their older vehicle.

KBB can help car owners understand both the trade-in value and resale value of their van. With used car prices soaring, this could be the ideal time for car owners to unload an older van or minivan for extra cash or to use as a trade-in.

Those looking on the used market for a deal, though, might be shocked when they research the prices of used minivans. For example, a 1993 Toyota Previa with 70,000 miles is selling for nearly $12,000.

Are Electric Minivans the Future?

The Sienna is offered in a hybrid model, and the Chrysler Pacifica also offers a hybrid option. However, electric vehicles seem to be the future. Will minivans become electric?

Volkswagen has teased its electric minibus of the future; the energy-efficient bus will be available in the U.S. next year. In addition, the Pacifica also likely has plans to go electric; KBB noted that Chrysler is moving towards all-electric. Both an electric Pacifica and the electric bus from VW could make family trips very economical.

Yet, while Chrysler and Volkswagen were among KBB’s roundup of electric vans of the future, the Sienna wasn’t on the list. The Kia Carnival and the Honda Odyssey also weren’t noted to be electrified.

As more manufacturers make the move towards energy efficiency and start ditching the standard fuel-injected engine design, Toyota and Honda might begin integrating electric into their minivans.

Families that want to reduce their carbon footprint and increase their fuel efficiency, though, can opt for hybrid minivans. While these models aren’t electric, they are the next best thing.

Buying a Minivan When Supply is Crunched

Buyers who want to purchase a new Sienna might find that their options at the dealership are limited. Supply and demand can ebb and flow; unfortunately, the chip shortage has crunched the supply of many favorite vehicle models.

While options might be less plentiful, car buyers can search for their options using online resources like KBB. Buyers also might need to be less focused on the little details of their minivan—like color. Dealerships might have a few models on their lot, and this might be the buyer’s options.

Some areas, though, might have more options on their lot. In addition, buyers who can’t find what they want might opt for a used or certified pre-owned model. Choosing a pre-owned Sienna also might be more affordable to buyers who can’t afford the price of a 2022 model.

However, in the fall, the new 2023 Sienna will move into the dealerships. Buyers who can wait might be able to find what they want and opt for a better model by holding off their new minivan purchase until the new models are offered in the fall.