Virtual Reality: Is It the Answer to Zoom Fatigue? 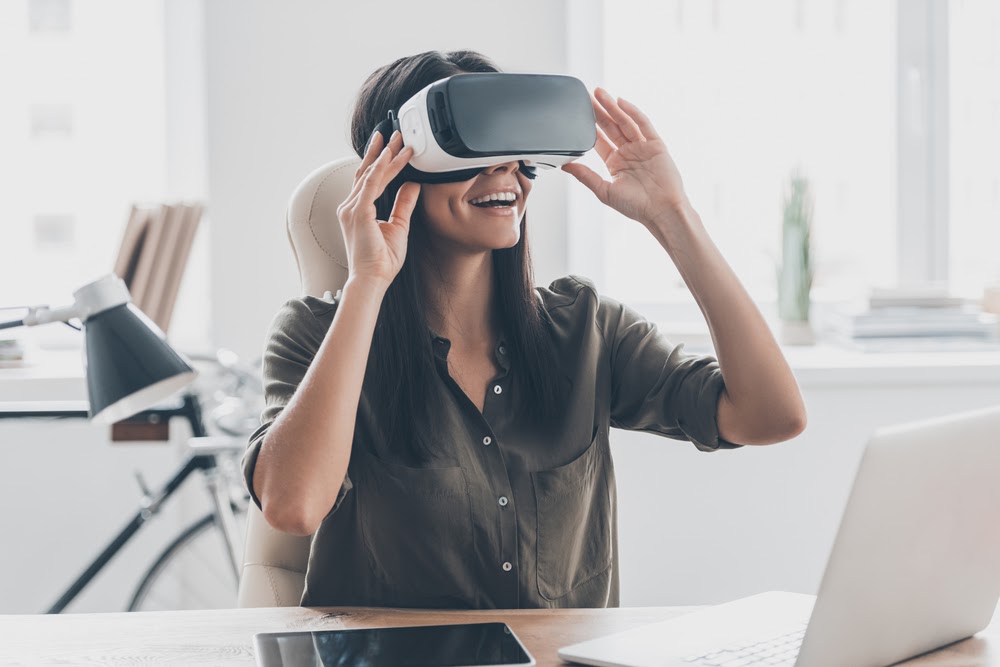 Remote work has become increasingly popular over the years. But last year, remote work grew exponentially as a result of the global COVID-19 pandemic. It’s estimated that 42% of the U.S. workforce is currently working remotely.

According to a recent survey, 80% of employers are going to continue to allow their employees to work from home at least part of the time even when it is safe to return to the workforce. Based on this data, it’s clear that remote work won’t simply fade away once the pandemic is over.

Because remote work is here to stay, it’s important for employers to address several issues that remote employees encounter in their new work environment. One of these issues is Zoom fatigue, which refers to remote workers’ frustration with having to attend countless video calls throughout the workweek.

These results indicate that remote workers are clearly open to Zoom alternatives that will give them an opportunity to interact with their co-workers face-to-face. Meeting in person is not an option for many remote workers right now. But there is one other way to beat Zoom fatigue once and for all: virtual reality technology.

What is Virtual Reality Technology?

The simulated world created by virtual reality is often so like-like and real that users often experience what is known as “VR presence.” This is a phenomenon that occurs when virtual reality tricks your senses into believing that what you are virtually experiencing is what you are actually experiencing in real life. If this phenomenon occurs, your body will respond to virtual stimuli.

For example, if you are standing on the ledge of a virtual mountain, you may find that your brain will not allow your body to step off the virtual ledge. Even though you’re safely standing on carpet in the real world, your brain has been tricked into thinking you’re actually on the edge of a mountain and in danger of falling.

Although virtual reality is often associated with the gaming industry, this technology has been used in a wide variety of industries. Virtual reality is not all fun and games—it has many other useful applications.

Some experts believe that using virtual reality technology is the best way to resolve the Zoom fatigue crisis among remote workers.

How would it work? Instead of scheduling video calls on Zoom, remote workers could meet with each other in a simulated work environment powered by virtual reality technology.

For example, the technology could transport a team of remote workers to a professional meeting room with office furniture and a white board. You would be able to look around the simulated environment and see your virtual co-workers just like you would if you were in the office with them. Each of you could take a seat at the virtual table and brainstorm ideas, which could be written on the virtual whiteboard.

Unlike on Zoom calls, in this virtual world, you won’t have to listen carefully to a voice to guess who is speaking. Simply look around the room to see which virtual coworker has the floor—just like you would do in a regular office meeting.

You also won’t have to mute yourself like you would on a Zoom video call. The entire team would be encouraged to speak freely just as they would in a real face-to-face brainstorming meeting.

Because coworkers can see each other on a video call, many of them feel the need to get dressed as if they were going into an office before a Zoom meeting. But this wouldn’t be necessary in a virtual reality meeting since coworkers would only get to see virtual versions of each other rather than a live feed from each co-worker’s home.

Virtual reality technology would essentially recreate the experience of meeting with co-workers in an office setting. It’s not exactly the same as actually seeing your co-workers in person, but many remote workers may find that it’s close enough to satisfy their desire for face-to-face interaction.

In fact, a study conducted by PricewaterhouseCoopers found that employees are more emotionally connected and focused when using virtual reality technology compared to other alternatives. If this study is correct, the use of virtual reality technology could help remote workers who are struggling to adjust to the lack of face-to-face interactions in their new, isolated work environment.

Can Remote Workers Use Virtual Reality Technology in Other Ways?

Using virtual reality to eliminate the need for Zoom video calls is one of many ways in which this technology can be utilized by remote workers.

For instance, several automotive manufacturers use virtual reality technology to provide training sessions to assembly line workers. These workers can learn how to manufacture different automotive parts inside this simulated environment.

They can also practice manufacturing the parts inside the simulated environment, where it won’t matter if they make a mistake. This way, they can learn from their mistakes inside a safe environment before putting their skills to the test in the real world.

Of course, companies outside of the automotive industry are also using virtual reality to help remote workers perform their job duties. Facebook is currently in the process of developing technology that would make it easier for their employees to work from home even if their space is limited.

Thanks to this technology, remote workers would not need to make room for multiple monitors in their home office. All they would need is a computer keyboard in front of them. Then, they could put on a virtual reality headset, type on their computer keyboard, and watch as the words appear on virtual monitors. This innovative use of virtual reality technology would help remote workers create a productive and comfortable work environment at home even if there are space limitations.

These are some of the ways in which remote workers can use virtual reality technology. But as remote work continues to grow in popularity, it’s expected that companies will think of more new and exciting ways to use this technology to benefit their remote workers.

What Are the Potential Barriers to Virtual Reality Adoption?

It’s safe to say that the use of virtual reality technology could help many people overcome common challenges associated with working remotely. But this doesn’t necessarily mean that companies will start implementing these plans right away.

Companies must also be willing to invest in developing the technology that would allow them to achieve their goals. For example, if they want to give remote workers the opportunity to attend virtual meetings, they must build the technology that would allow their team to meet in a secure simulated environment. The costs associated with this are steep, which means virtual reality technology may not be an option for small- or mid-sized companies.

Some companies may not utilize virtual reality technology simply because they don’t understand the issues that their remote workers face. For example, a company may not realize that their remote workers are struggling with Zoom fatigue if they never ask their employees for feedback or encourage their employees to share their opinions and concerns.

For now, these barriers could prevent the widespread adoption of virtual reality in the remote workforce.

There’s no doubt that remote work will play a major role in the U.S. workforce in the future. But it’s still too early to determine whether virtual reality technology will also make an impact on remote workers’ work environment. However, companies would be wise to invest in this innovative technology in order to increase their remote workers’ job satisfaction and boost morale.