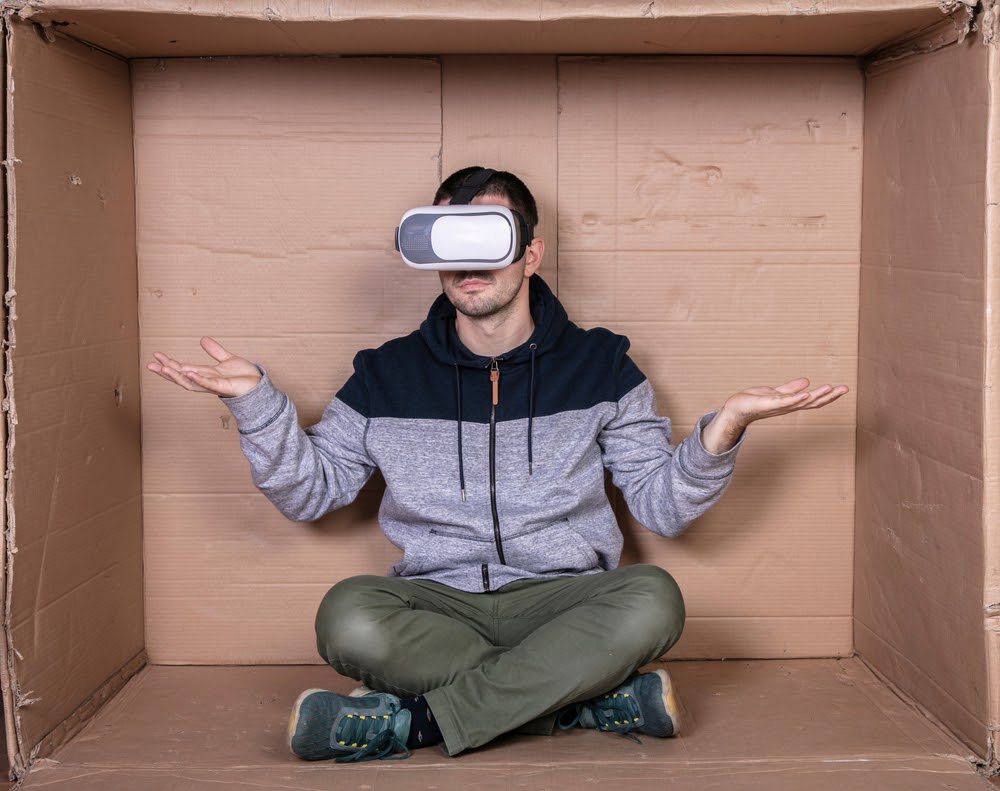 Escape rooms began popping up across the United States as a new form of entertainment for families and friends and even for corporate team building exercises. Escape rooms require players to solve multiple puzzles to ultimately escape the room. Some experiences are timed, and each room is themed for a unique experience.

Now these game challenges are going virtual and immersing players into incredible new environments. Virtual reality escape rooms are taking players into underwater realms, the pyramids and even into ancient mythology to solve puzzles and, ultimately, complete the mission and escape.

Some virtual reality escape rooms follow video games like Cyberpunk, A Prince of Persia, and Assassin’s Creed. While many are appropriate for most ages, some are now darker in design and are for ages 17 and up.

What is a Virtual Reality Escape Room?

In a traditional escape room, players entered and were locked in a room. Each room had a unique theme, and the rooms included multiple different puzzles that needed to be solved. When players completed all the puzzles accurately—and within a time limit—the room was unlocked and the game was complete.

Players who were unable to complete all the puzzles or solve them within the time limit lost, and the room was unlocked without completing the game.

Virtual escape rooms work the same way, but the experience is completely virtual. All players wear a virtual reality headset in the room to experience the story and help solve the puzzles. All escape room centers each have their own unique rooms, although some may offer similar puzzles.

Each experience has its own mission or goal. In the experience “Christmas,” players need to light the Christmas tree, because Santa is caught in a snowstorm, lost all the presents he was carrying and can’t get home. Before players can light Santa’s way home via the tree, they have to figure out why the elves have decided to stop working.

Bane Escape in New York uses HTC Vive headsets to power the experience. Players wear a headset and a backpack that includes equipment to link team members together in the virtual realm The Bane virtual escape experience begins with a séance—team members must find the candles and book for the séance. This ceremony summons a demon and players are trapped in another realm. They must find their way out of three rooms in the new dimension and get back to their dimension within 30 minutes. To escape, they need to solve puzzles in each room. Players must be 10 years and older to play the virtual game.

Are Virtual Escape Rooms Available to Download for Personal Headsets?

Steam offers many escape room games that players can download via headsets. A few are free, but most are reasonably priced. The game “Escape Room” is priced at 99 cents! The game “Tested on Humans: Escape Room” is $14.99, and many others are less than $10.

Players who enjoy traditional escape rooms and want to experience these challenging games via virtual reality can check out all the options to find the best adventure.

Augmented reality includes graphic elements depicted on top of the real environment. Aim Escape hosts its augmented reality escape experience outdoors. The game is two hours in duration and takes players throughout London to find clues. There are multiple adventures for players to choose; some are suitable for only older teens and adults. Unfortunately, this epic adventure is in London, but visitors might want to book an experience to escape via augmented reality.

No headsets or augmented reality glasses are required to enjoy these experiences. The games use the camera’s lens to project the game graphics in the real environment. However, players will need to grant the app access to their camera.

Those interested in finding augmented reality escape room experiences can search for “escape room AR” via the App Store or Google Play. Many of these games only have a handful of reviews, but they are often free to download.

For gamers who haven’t explored an escape room before, using augmented reality could be a fun way to become introduced to these adventures. Again, players will need to solve puzzles to beat the game or realize the final mission. Some escape rooms include a time limit.

Here are a few titles to explore via Google Play (for Android) and the App Store  (for Apple):

If the title is a little too close to reality, rest assured that players can play at home. Yes, Emerge lets players download the escape room game to their Android device. Unfortunately, it isn’t offered via Apple yet. Those with Android devices, though, can play this game anywhere. The game transforms the real world into a locked escape room.

Explore the truth behind Aria’s disappearance and understand her story. The real environment is transformed via augmented reality. The app is free, but there is an option for in-app purchases.

In the Lockdown, players are Interpol agents who need to solve a case. The app is free to download via the App Store

Escape Via Virtual and Augmented Reality

Traditional escape rooms are now transforming into digitized games that utilize either virtual reality or augmented reality to power the adventure. These game rooms might require the player to wear a virtual reality headset to enter the experience.

Props are virtual, clues are virtual, and these experiences could be much more detailed and imaginative, too. Traditional escape rooms couldn’t really be transported under the sea or in an entirely new dimension, but virtual reality makes these realms and spaces a very real destination.

Are these immersive puzzle games the future of gaming? Augmented reality puzzle games could become more common when augmented reality glasses are finally offered to consumers. However, as more tech companies pursue the metaverse and start creating experiences designed for this virtual realm, gamers may find that these mixed reality gaming experiences might become more virtual than reality.