Why and How Virtual Reality is Growing? 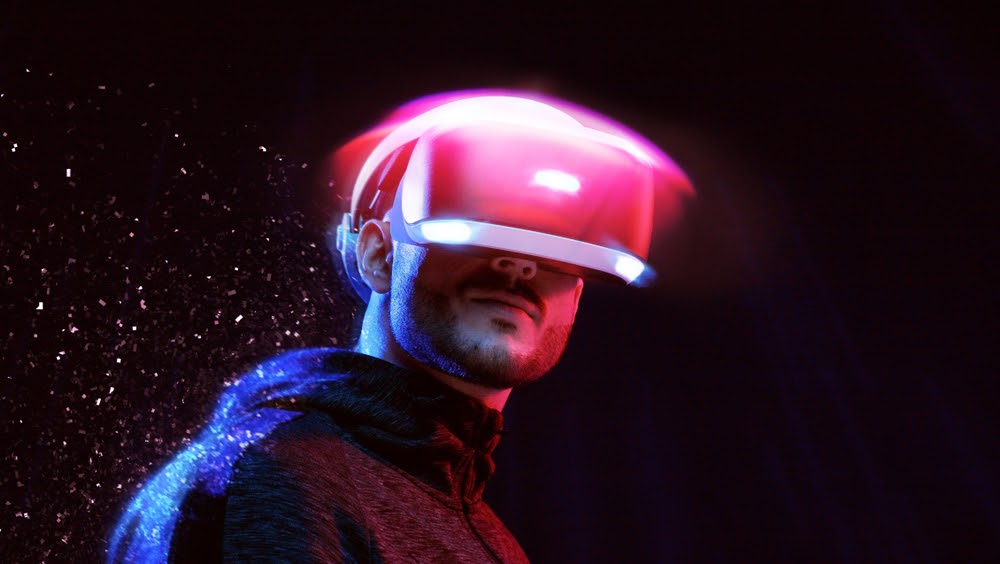 Virtual reality is essentially a simulation of sorts. It gives people the very realistic impression that they are in a certain simulated scenario, such as riding a roller coaster or driving a car. They can even interact with this simulated world in different ways depending on the technology that’s in use. Headsets, special gloves, and other sensor-filled devices are common examples.

While this type of technology, to a lesser degree, has actually been around and talked about for quite some time, it’s only recently that it’s had a major surge in popularity. The question many people have, though, is why and how? The answer is multi-faceted and says a lot about the modern world.

When the concept of virtual reality was first developed, it wasn’t in a very practical way. Any type of truly impressive virtual reality experience would cost people a lot of money and would require the use of very complex technology, most of which was difficult to get and impossible to house, at least for the average person.

But just as computers went from huge machines to tiny things people hold in their hands and carry everywhere, virtual reality has become more mainstream and accessible in recent years. A major reason for this is how easy it is to integrate VR Into mobile devices, like Smartphones and tablets, which just about every person has.

With this technology more accessible than ever before, it’s no surprise that VR has seen a rise in popularity . . . one that shows no signs of slowing down.

Research from All the Right People

Not only is virtual reality becoming more accessible for the average person, but it’s also being backed by more people and, even more importantly, by all the right people. While VR was once very much a niche market, serious investors with major power have started to see its value and potential for use in video games, travel, entertainment, and so much more.

For this reason, Google and other leading organizations have started to research and invest in VR technology. This lends credibility to the technology and also opens up an entire world of new possibilities. In fact, there’s a good chance that some of those top-dog investors have big plans in store with VR, plans the rest of the world can’t even begin to fathom yet.

Another big reason for VR’s ever-increasing popularity is the growth of another technology: artificial intelligence, or AI.

While it’s difficult to definitively pinpoint which one came first, it’s no secret that the two influence and empower one another. As researchers learn more about AI and expand its capabilities and, with that, its possibilities, people become more and more intrigued. And, once people are intrigued with one form of technology, it just makes sense they’d show an interest in another, similar form of technology.

As one might expect, there have even been some “marriages” of these two high-tech things. Take, for example, all those Instagram filters that people so love to play around with. The possibilities for interactions between AI and VR abound. And, with people already adopting every iteration of these combined technologies they can get their hands on, it’s not shocking that the growth of both would be positively correlated.

Of course, the VR world isn’t all about fun and games. Some of the growth of this technology, in fact, is owed to its practicality and usefulness. For example, take something like employee training. Having to get everyone to a physical location to undergo training can be time-consuming and costly. And, depending on the job at hand, it can also pose a risk, which can lead to liability.

Savvy companies have gotten smart and have reduced both risk and cost by using VR to supplement or, in some cases, fully take over their required training. Even some military branches have been known to use VR resources for training.

Furthermore, in light of COVID-19 and with more people staying secluded than ever before, another surge in VR is expected to come soon. People want to do things virtually these days, and so do many businesses. With both individuals and organizations on board and in need of the features VR can offer, the “VR boom” just makes sense.

The Ability to Explore

People have also fallen in love with virtual reality because of the opportunity it gives them to see and experience the world around them.

Take travel, for example. For many people, traveling to exotic locales is cost-prohibitive. But, if they put on a simple VR headset, they can see anything and “go” anywhere they want. Places that once seemed impossible for them to visit, like the Taj Mahal or even the Grand Canyon, can now be experienced fully through the use of VR.

It’s not just travel that can be enjoyed either. People can try on clothes in virtual changing rooms, see how different make-up shades or hairstyles suit them, and even check out potential venues for events all without leaving their homes. This means less expense for people and for companies, which keeps everyone happy. Plus, it adds a sense of adventure into the average person’s life, and who wouldn’t jump at the chance for that?

As you might expect, the possibilities of VR extend beyond just the basics. Not only is VR used for training and exploration, but people are also finding and developing their own unique ways to utilize it.

Take exercise, for example. While not everyone feels comfortable going to the gym or taking an exercise class in person, no one minds putting on a headset and exercising in their living room. And, given the pandemic and recent gym closures all over the United States and beyond, it’s no surprise that VR-based exercise has soared in popularity.

Some schools have also moved to using VR in the classroom or, in some cases, in lieu of the classroom. The pandemic has also been responsible for a surge in this type of activity.

Plus, you have vendors showing off their goods in “virtual showrooms” or using VR to give people full and complete views of their products. As the uses and ideas surrounding VR grow, its popularity and ubiquitousness do too.

The Desire for Less Interaction

Finally, while some people might find it sad, there’s no denying the fact that modern people desire as little interaction with others as possible, or at least real, face-to-face interaction. Most have no problem interacting on social media, during virtual video game play, or in other less intrusive ways.

The proof of this is evident all around. People walk through stores with their faces buried in their phones. They almost always choose the self checkout lane at the grocery store, fearing even the most minute interaction with a cashier. Even some restaurants have introduced virtual ordering platforms that require no discussion with the cashier and no tipping of a server.

People have shown, even before the pandemic, that they want to have to deal with people less, and for many, VR is the perfect solution. They get to experience the world without any hassle and without any more interaction than they actually desire.

As with supply and demand, businesses want to give people what they want. And, if what they want can be accomplished with the use of VR, then it’s not surprising at all that this technology has seen such huge growth in recent years.

Looking to the Future

Since VR has shown so much growth as of late and since recent events, such as the pandemic, have spurred its usefulness, continued growth is expected. What’s more is that not only should VR become more prevalent, but it should also become even more advanced. Like most forms of modern technology, it’s just projected to get better and better until it’s almost unrecognizable from its rudimentary roots.
For some people, this is seen as something sad or disappointing. They see it as a further disconnect from the world we once inhabited. Others, however, look at VR and the growth of other similar technologies and see it as progress.

And, no matter where a person falls on this spectrum, the fact remains that progress will always continue. The key, then, is simply to embrace it. And, for the most part, that seems to be exactly what is happening with VR. In fact, pretty soon, it might not be “virtual” reality at all, but just a new kind of reality altogether.