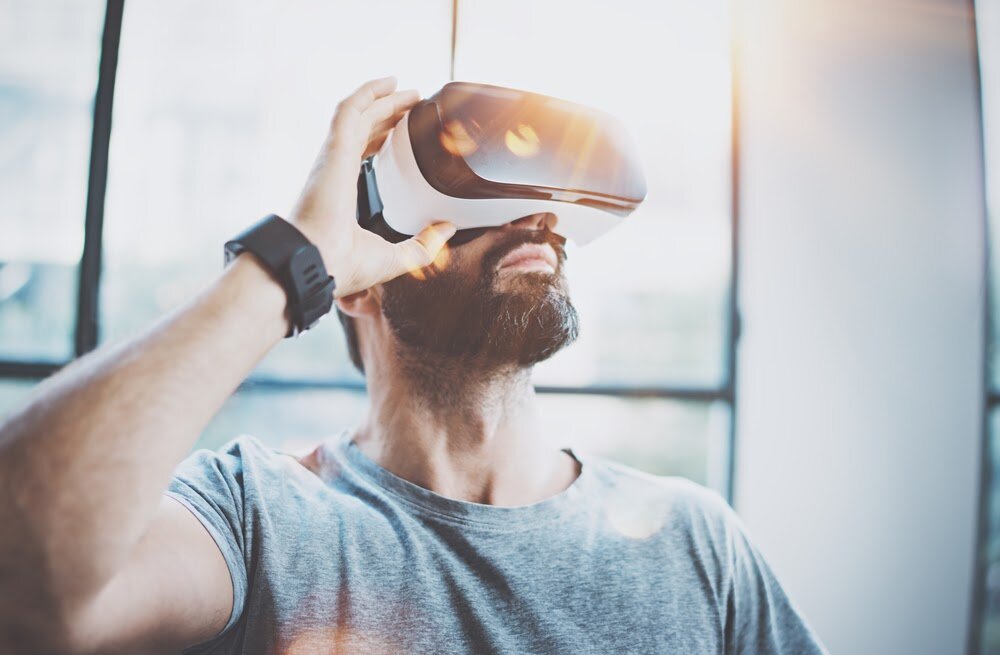 The average consumer in the United States is exposed to thousands of different advertisements on a daily basis. As a result, marketers have had to incorporate innovative technologies into their campaigns in order to cut through the noise and grab their target audience’s attention.

One of these technologies is virtual reality, which allows users to immerse themselves in and interact with a simulated environment. A growing number of brands across various industries have used this technology to support successful marketing campaigns. Here’s a look at the 7 most memorable examples of virtual reality marketing:

Incorporating virtual reality into a marketing campaign is one of the best ways to tell a story, so it’s not surprising that The New York Times used this technology to create a unique visual storytelling experience for consumers.

In 2016, The New York Times sent Google Cardboard virtual reality glasses to their most loyal print and digital subscribers. These lucky subscribers could use the glasses to watch a virtual reality film entitled “Seeking Pluto’s Frigid Heart.” The film gave consumers the opportunity to virtually travel to and explore the surface of Pluto.

This campaign was a success, so The New York Times continued to use this strategy to keep their subscribers engaged. In the end, The New York Times shipped Google Cardboard glasses to over one million subscribers and produced eight virtual reality films. The subjects of these films ranged from the refugee crisis in Europe to the aftermath of the devastating terrorist attacks in Paris.

Not only did this campaign keep subscribers engaged, but it was also an effective way to reward the company’s most loyal customers.

Volvo is one of the many automotive manufacturers that have used virtual reality technology to create virtual test drive experiences for consumers.

The first Volvo virtual test drive was launched several years ago. This initial campaign was a huge success, which inspired the manufacturer to launch additional virtual test drive experiences for other vehicle models. With each new launch, Volvo has updated the technology to make it easier than ever before for consumers to virtually participate.

Now, consumers can virtually test drive a Volvo by downloading the Volvo Reality app. This experience works best with a Google Cardboard virtual reality headset, but consumers can still participate in the test drive even if they don’t have this device.

The test drive will put consumers behind the wheel of a new Volvo XC90 as it takes a scenic drive through the mountains. This virtual reality experience allows consumers to explore the various features and built-in amenities of the vehicle so they have the information they need to make a purchase decision without ever stepping foot in a dealership.

The Holoroom was an in-store, virtual skills-training clinic that helped consumers learn how to complete common home improvement projects. Inside the Holoroom, consumers could learn everything from how to paint a fence to how to tile a bathroom floor or wall.

To participate, consumers had to put on an HTC Hive virtual reality headset. Then, they were asked to choose what they wanted to learn how to do inside the Holoroom. Once they made a selection, they were given on-screen instructions and guidance and asked to virtually complete the project.

For example, if a consumer wanted to learn how to paint a wall, they would be able to virtually place painters’ tape around the wall’s borders, put a paintbrush in paint, and apply the paint to the wall. Walking through each step of the project helped consumers understand what they needed to do to complete the task on their own.

Adidas is another brand that successfully used virtual reality technology to market its products. The campaign, which was launched in 2017, was designed to increase brand awareness of TERREX, a line of outdoor apparel and accessories by Adidas.

The headset gave consumers a 360-degree view of the mountainside that Rueck and Miller were scaling. This immersive experience made consumers feel as if they were right next to the two athletes throughout their journey.

The campaign created an unforgettable experience for outdoor enthusiasts who will forever associate TERREX with their exciting virtual adventure.

TopShop, an international clothing retailer, was an early adopter of virtual reality marketing.

The retailer was one of the many brands that participated in London Fashion Week in 2014. Tickets to the show were highly sought after and mostly reserved for major players in the fashion industry such as Anna Wintour and Kate Moss. But thanks to virtual reality technology, fans of TopShop were able to virtually attend this buzzworthy event even if they weren’t lucky enough to snag a ticket.

Although the fashion show was a one-day event, this marketing campaign allowed TopShop customers to relive it for weeks afterward. It also got their customers excited about the upcoming line of clothing that was first introduced in the fashion show.

London is home to the Natural History Museum, which attracts millions of visitors from around the world every year. But thanks to virtual reality technology, there’s no need to hop on a plane to visit this world-famous museum in person. Instead, history buffs can take a virtual tour of the museum from the comfort of their own home.

In 2018, the museum launched its virtual tour experience, which is hosted by Sir David Attenborough. To participate, consumers must put on a virtual reality headset and use a remote control to interact with various aspects of the tour.

Acting as the tour guide, Attenborough takes consumers to areas of the museum that are typically not open to the public, including the Conservation Centre and Cryptogamic Herbarium and Earth Sciences Library. Using the remote control, consumers can even virtually handle priceless objects that they encounter in the museum.

A three-dimensional hologram of Attenborough guides consumers through the tour while providing commentary on various subjects, including dinosaurs, marine life, and other relevant topics.

This virtual tour allows consumers to experience the National History Museum in London in a new and exciting way. The campaign successfully generated a lot of buzz for the museum and drew interest from consumers from every corner of the globe.

In 2016, Oreo introduced the concept of the “Wonder Vault,” which is an imaginary world where the brand’s cookies are created. Shortly after, Oreo launched a marketing campaign that allowed consumers to explore this magical world with a little help from virtual reality technology.

Using a Google Cardboard headset, consumers could travel deep into the Wonder Vault. Once inside, they could ride on a cookie down a river of cream that flowed between majestic chocolate mountains. Their journey through this mystical world would eventually lead them to a whimsical factory where they were able to see how the brand’s latest flavor, Filled Cupcake Oreos, were made.

This campaign allowed Oreo to connect with their consumers by sharing this memorable experience. It also helped the brand raise brand awareness and generate buzz leading up to the launch of a new cookie flavor.

It’s not too late for marketers to embrace virtual reality technology to boost their brand. The virtual reality market is expected to grow exponentially in the future, so it’s safe to say that there will be countless other campaigns supported by this technology.