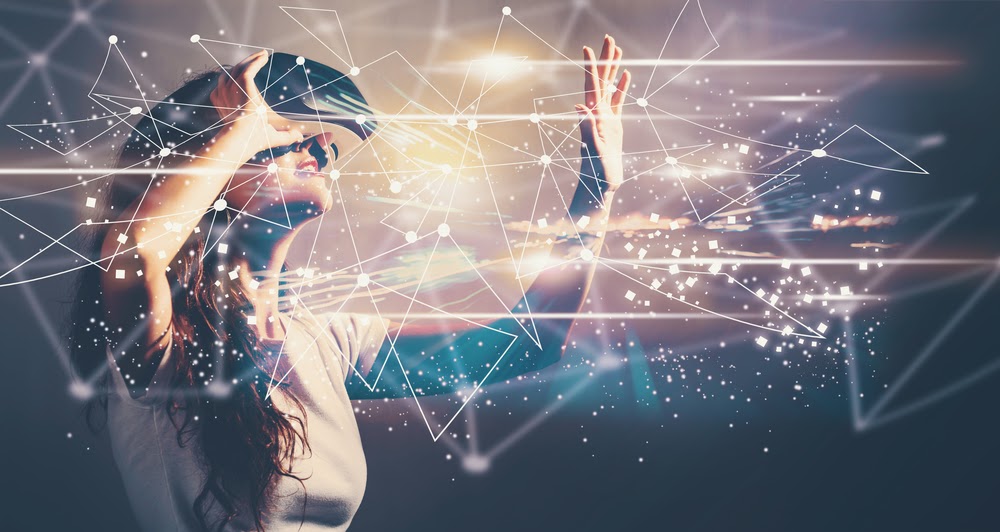 Virtual reality is creeping into virtually every corner of the global commercial sphere, from gaming to automotive to real estate. The growth of this form of immersive media is no surprise to most in the dynamic digital commercial space, with more than 5.5 million units in circulation as of last year.

In the next five years, virtual reality technology is expected to reach a market size of at least $1 trillion. An increased level of affordability, plus accessible options across multiple price points and target audiences, is putting VR into the hands of more consumers than ever.

With front-runners like Oculus, PlayStation, and HTC paving the way, thousands of brands and retailers are prioritizing virtual reality to bring more realistic visual, auditory, and tactile media to their customers.

Virtual reality is effectively changing the digital world as we know it. These are just some of the reasons why virtual reality will be a trillion-dollar marketplace within five years.

Is the VR industry growing?

This form of simulated experience, while entirely different from the real world, is becoming a mainstay in the mainstream consumer marketplace. With more than six million headset units sold this year alone, VR is soon to be the most widely used digital sensory device in the world.

Virtual reality technology has evolved to include more than just digital images and surround sound. Now, it’s possible to include touch, smell, and even taste depending on the model you’re using.

Within the gaming sector, we’re seeing the fastest and highest level of growth. Since 2017, this segment has seen monetary growth of more than $1 billion, and an additional $1 billion is predicted to funnel into the industry before 2024.

Gaming is just one corner of the market, and VR technology has expanded within industries like:

In 2016, the majority of mobile headsets sold were based on mobile connectivity. Today, most purchased units are self-contained with their own built-in data storage and computing capabilities.

Between the changes in VR growth and AI innovation, machine learning and dynamic media could change the world as we know it.

What are the top brands in virtual reality technology?

Virtual reality is no longer a monopolized industry with just a few key players. In fact, the technology is more affordable and accessible than ever – largely as a result of increased competition across the mainstream marketplace.

In 2021, these brands became household names and are continuing to sit in the spotlight:

However, there are a variety of established and emerging brands that are finding their way across the world and into the hands (and living rooms) of consumers across virtually every sector of the market.

Between smart wearables, increased mobile adaptivity, and affordable auxiliary devices – there are more ways than ever to enjoy virtual reality from anywhere, at any time.

VR headsets and goggles continue to be the most commonly used devices for gaming, virtual travel, and even remote employment. These devices allow the wearer to navigate through a fully digital, 360-degree rendered environment with just enough physical space to take a few steps and turn around.

While the standard headset has risen in popularity on the mainstream market, there are a variety of VR devices to provide a diverse immersive experience.

Other common ways to access virtual reality environments include:

Hand-held remotes are also a popular addition to VR headsets that allow the wearer to use manipulative elements, such as tools or aiming equipment that can be controlled using motion sensors, haptic triggers, and built-in accelerometers.

These additions to the digital work (and play) spaces make it easier than ever for users to dive into the virtual sphere – without the learning curve.

What was previously a niche within the gaming sector has expanded to instructional training, mechanics, engineering, defense, technical construction, automotive, and more. Wearable accessories and mobile connectivity have made it easier than ever for individual users to collaborate virtually, but with the same level of comfort and convenience as in-person collaboration.

These technological developments are partially responsible for the massive influx of interest in the VR industry as a whole. In fact, virtual reality is expected to grow at a CAGR of 18% over the next seven years.

As a whole, the virtual reality industry has grown to include the full suite of connected devices and more types of equipment will likely surface in the coming years as innovation grows and thrives across multidisciplinary industries.

How is VR hardware changing?

VR headsets have been around for a few years, but innovators are creating lightweight equipment that is cheaper and easier to use – without all of the bulk.

Even the most powerful VR devices are using sophisticated technology to reduce the amount of space (and weight) needed to build a functional product. Contemporary devices are smaller, sleeker, and overall better than previous models.

Additionally, leaders in VR research and development are working to perfect the technology that produces these integrated experiences. A lot of hesitation surrounding the VR industry in previous years has been based on ongoing issues with seamless integration and ongoing updates to the technology. Now, VR hardware is powerful enough to support hardcore gaming and work functions but without the bulky, buggy issues of previous models.

Virtual reality isn’t foolproof, but innovators are working toward a type of device that is as light as a pair of glasses – but provides all of the functions you can expect from your smartphone or desktop PC.

Now that immersive technology has improved in such a way to facilitate this level of growth, updated optics are also being integrated into VR use. This is made possible by updated, thin glass structures that utilize polarization-based optic folding or holographic optics to reflect light and digital images together.

No matter how you’re planning to use this growing technology, virtual and augmented reality are becoming lifestyle products that could be adopted by the majority of mainstream consumers in the near future.

What is the target market for virtual reality?

Since 2015, gaming and entertainment have dominated the demand for virtual reality technology. However, that focus has expanded from 2020 onward to include other markets like:

Millennials and boomers are a major player in the VR sphere as a whole, but the primary demographic tends to be males in the 25-39 age range.

When it comes to secondary industries, such as retail or consumer goods, using VR as a branding strategy provides high returns. More than half of consumers would prefer to shop with brands that offer virtual reality experiences, while 68% of those who have not used the technology express an interest in giving it a shot.

Around the world, this technology has taken off across nearly every continent. But, North America and Asia are the current front runners. As accessibility and affordability increases, this level of access will likely expand to the rest of the globe over the next year or two.

The growth of the VR industry as a whole has been due, in part, to the COVID-19 pandemic and social distancing regulations that followed. With so many industries suffering from the absence of in-person contact, virtual reality has helped to bridge the gap.

While the VR industry has incurred its own impact during the economic downturn, market size is expected to maintain the same amount of growth, or higher, as the past five years.

From 2015-2021, virtual reality as a commodity maintained an annual growth rate of 15. Demand is continuing to grow, which will have a direct impact on the industry’s gross profit and business distribution metrics in the coming years.

Why is VR gaining popularity?

In addition to being a fun way to complete everyday tasks, virtual reality technology has opened doors for a wide range of practical uses. Due to its ability to turn tangible experiences into positive emotional responses, VR is being used in marketing, engineering, manufacturing, and even driving to mimic real-world environments.

As businesses moved their operations online to cope with the pandemic, the corporate world started to see VR as a useful tool to boost collaboration and communication across remote offices.

Using virtual reality instead of standard desktop workspaces gives users more “space” to manipulate digital objects, text, and even tactile elements. This has the potential to expand a worker’s home office space without adding any extra equipment, or square footage.

Social media has already started to incorporate VR and AR capabilities, such as 360-degree responsive photos and videos as well as superimposed filters. By giving viewers tangible access to the content, each ad is transformed into more of an experience than a sales pitch.

Since no marketplace or individual consumer is the same, VR gives each user the ability to tailor their experience to what’s going on in their own digital environment.

What can be done using virtual reality?

As previously mentioned, VR is growing rapidly across the gaming, healthcare, science, and even online shopping spheres. But, there are a variety of other practical uses that make virtual reality the perfect medium for digital exploration.

Virtual reality environments are the best online solution for simulated in-person interaction. Through gaming, communication, or work-based programs, users can talk to each other and manipulate digital objects simultaneously. Compared to video chat and text-based services, this is the closest online option to true face-to-face interaction.

With travel being so heavily impacted by the COVID-19 pandemic, virtual reality gave people a safe and accessible way to go to their favorite places around the world. From virtual zip lining to excursions through Antarctic caves, there are endless possibilities when you can visit any physical location from the comfort of home.

Additionally, VR allows people to head back into time to explore history in a way that books just can’t compete with. Using connected apps and programs, it’s possible to travel to ancient sites to learn about past societies in a new way.

For thrill-seekers who don’t want the risk that comes with adventurous activities like diving, sky sports, and more – there’s a virtual reality solution for just about everything you can think of. If you’ve always wanted to explore a shipwreck or alpen mountain top, you can traverse any type of terrain or environment with just a headset and mobile phone.

With the average cost of a smartphone VR adapter starting at just a few dollars, there is virtually no investment to start with virtual reality. If you want to dive into the full experience with a headset, you can easily find a full system for just $100.

For a more immersive and mind-blowing environment, you can build a completely interactive three-dimensional space for approximately $15,000. It’s also possible to incorporate augmented reality elements to truly blend your digital and real-world views.
From facilitating an easier home office transition to connecting gamers from all over the world like never before, virtual reality is going to continue to grow rapidly. Based on the data that has been collected thus far, virtual reality will be a trillion-dollar marketplace within the next five years.