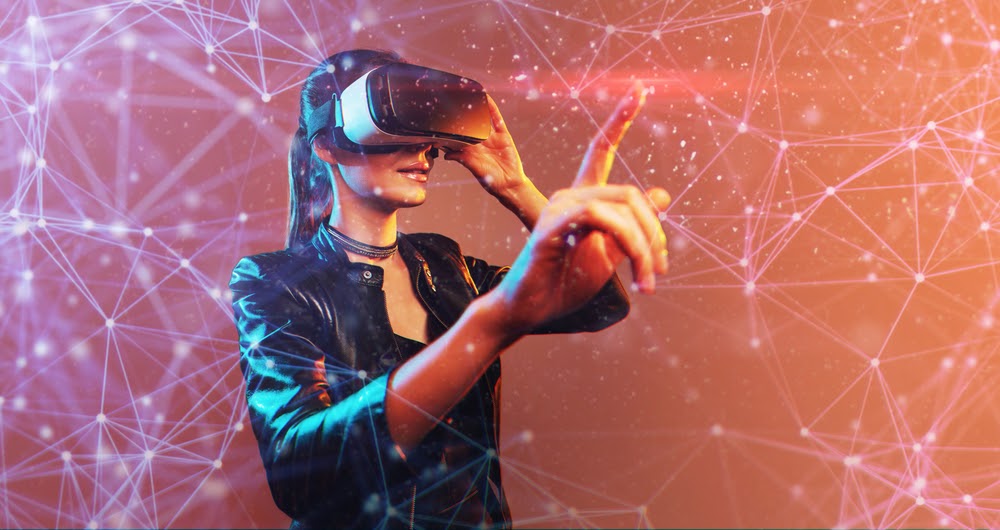 Perhaps since humankind began exploring its innate ability to create, the desire arose to craft an entirely interactive reality outside of our physical, earthly realm. In the early days, usually this would end up as some sort of depiction of reality with varying levels of accuracy, depending on the individual recreating what they experienced or saw.

Virtual reality just might be the closest thing we have to such an ability in this day and age, and it’s being used for a variety of purposes, especially in the content creation and consumption world.

But what is virtual reality, really? Old school definitions pegged VR as computer-generated simulations of three-dimensional images and environments, images and environments which can be interacted with in what feels like a real, visceral way. Over the decades, the vehicle for VR has generally been electronic equipment of varying complexities — helmets, headsets, and even gloves with customized sensors.

Virtual Reality Has Been Around Since the 50s

VR has made an undeniable impact in many different industries as it has been applied, especially in the ways that people create and consume content. But the true beginnings of virtual reality are often disputed.

Although VR might be thought of as new technology, early virtual reality technology was actually invented in 1957 by Morton Heilig. Heilig created a multimedia device (called the Sensorama) which is now considered one of the earliest VR systems made available, except back in those days the term “Virtual Reality” had not been coined yet. Much later, in 1987, researcher Jaron Lanier called this technology “Virtual Reality”, a name which has obviously had staying power.

VR hardware and content creation has also gotten more intuitive and pragmatic as time has gone on. VR has already been used in major motion pictures like Ready Player One and John Wick, and virtual reality has proven to be helpful in production, direction, and audience consumption. New technologies like face-tracking and other types of sensors and tracking are continuing to help content creators achieve what seems impossible.

Since its inception, virtual reality has been a medium which empowers a vast array of creative-minded individuals to challenge (and altogether change) the way we experience art. What started first as three dimensional video games has now transcended video game consoles and headsets, breaking new ground into other areas of expression.

Those who are interested in VR might also immerse themselves in an IMAX-style moviegoing experience from the comfort of their own home to amazing effects. Virtual reality technology is being packaged more and more for the average consumer, instead of the intensely tech-savvy.

Eventually, VR might even task itself with making the viewer a part and central character of movies themselves as technology continues to evolve.

VR: Not Just for Entertainment

We all know how VR has impacted video games and the entertainment industry, but virtual reality is not limited to these two fields. As a matter of fact, VR has changed the way most industries do what they do.

The medical industry is utilizing VR technology to help plan and practice complex procedures, to help patients with pain and trauma management, and to even “print” various living tissues. VR can help surgeons improve their skills and explore human biology in entirely new ways.

VR and the health and wellness industries will continue to evolve in tandem as industry leaders continue to think outside the box and really investigate how VR can be used to help humankind as a whole instead of simply using VR to provide distraction and entertainment.

Those who experience PTSD are turning to virtual reality for therapeutic purposes. VR is able to help create new experiences for traumatized individuals while helping them explore the incidents that created trauma in the first place.

The automotive industry is providing new VR content that helps consumers hop inside a vehicle and even take it for a test drive… all from the comfort of one’s own home. The real estate industry is also utilizing VR technology to provide contactless immersive tours in order to help consumers make more informed decisions.

Online gambling is another industry that VR is set to change dynamically. Online gambling sites have an interest in creating immersive gaming environments for those who gamble online, which will help online gaming compete with brick and mortar casinos in Vegas and Atlantic City. VR technology is being used to bring the upscale casino straight to you.

We already know that virtual reality has a place in the video game world. We now have VR headsets that can take us to new realms with starkly real circumstances and stimulation. Devices used for virtual reality continue to change, evolve, and become more streamlined.

Film festivals across the globe are now incorporating VR technology into their screenings and events. Sundance showcased a VR film called “Spheres” in 2018, raising the important point that films and other modes of storytelling are social experiences while being introspective at the same time. During the COVID-19 pandemic, VR has helped film festivals go online in order to continue with their operations.

Smartphones have also had an indelible impact on content creation, consumption, as well as virtual reality as a whole. With the advent of social media, we’ve found that movies and TV shows are as much personal experiences as they are communal experiences, and VR is set to help bridge the gap between making movies and stories happen on the screen and in real life. Down the road, we might even be purchasing smartphones that incorporate VR technology themselves, at which point headsets will no longer be necessary.

Film and TV execs across the globe are trying to find a way to create content that transcends the large and small screen and provides supplemental information and content available on all smartphone brands. Instead of telling people to turn off their phones in movie theaters, the entertainment industry might start pushing the idea of keeping your smartphone on and in front of you for an entire cinematic experience.

Marketing experts have also mined VR potential to dramatic results. Businesses, brands, and influencers are turning to virtual reality to help better connect with consumers. Not only are marketers creating content that can be viewed on VR headsets, but social media platforms are utilizing filters to overlay pictures and other objects/content over images and videos.

Filters available on social media outlets like Instagram are categorized as augmented reality (AR), which is a type of virtual reality that allows users to overlay content and images onto what they capture in the real world. AR and VR are working hand-in-hand to make the world around us (and the sources of entertainment we seek) more interesting and interactive.

Just like with the entertainment industry, all of the industries mentioned above have a vested interest in keeping consumers interested, engaged, and having interactions with businesses, brands, and each piece of individual content that is consumed. Virtual reality is a fantastic way to connect and keep audiences engaged for long periods of time.

It’s pretty much agreed upon nowadays that those watercooler moments of yesteryear when people would discuss content in the form of TV shows, movies, news, books, and more on Mondays during work breaks are over.

Instead, people can share their thoughts, input, ideas, satisfaction and dissatisfaction over a said piece of content pretty much instantly via social media and smartphone apps/technology. Marketers and top brass executives have noticed that with the advent of smartphones many consumers tend to interact with their phones while they’re experiencing content.

As VR continues to create increasingly believable alternate realities, content creators are aware that visual and audio cues have to work in tandem to create this powerful sense of “new reality” or else consumers are not going to believe in whatever virtual reality is presented to them. Image and video technology continues to evolve with VR and so does 3D audio that creates as close to a natural listening experience as possible in the consumer.

Now when consumers view a vlog, for instance, they can now be fully immersed in whatever environment they are presented with, giving a sense that the viewer is experiencing the event right there with the content creator.

Moving forward, VR will continue to set its aim on capturing all of the human senses. Down the road, it’s not unreasonable to envision a virtual reality experience that incorporates sight, smell, taste, touch, and sound, which will help those involved in virtual reality create a more immersive and convincing virtual experience. As VR technology continues to evolve, the ways we craft and consume content will continue to change as well.