What is Project Aria? 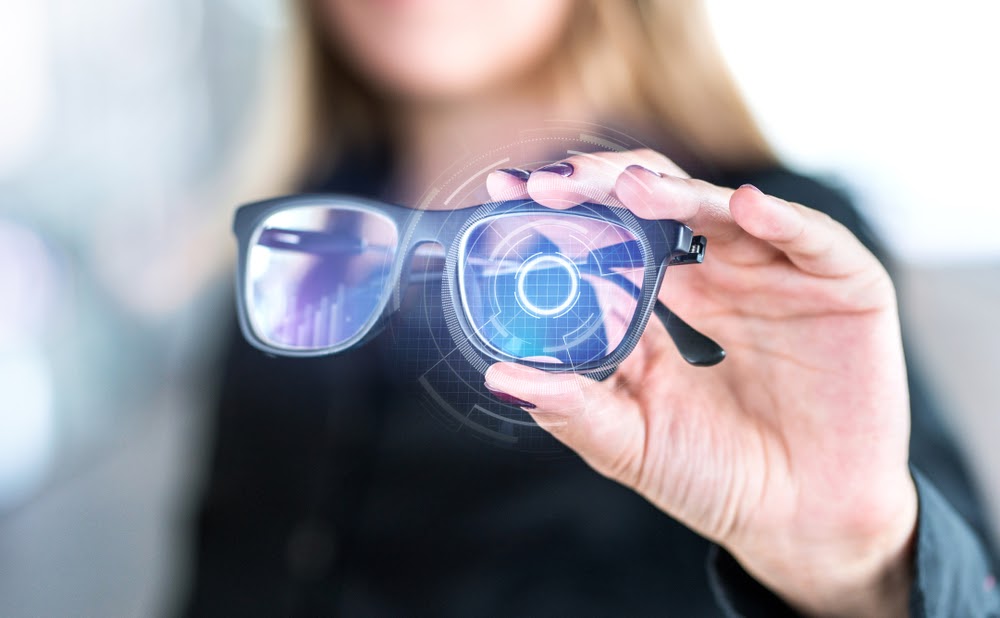 Facebook Reality Labs is exploring all kinds of new research for possible new technology. However, some consumers might have heard about Project Aria. Facebook emphasizes that Project Aria is NOT for consumers, and the glasses used for Project Aria also are not augmented reality.

So what is Project Aria? Here’s everything to know about the project, the people consumers could encounter in the world and what to possibly expect in the future.

While there always seems to be buzz around augmented reality glasses by one of the major tech companies, Project Aria glasses are not going to be the next new Facebook product. They are for research, and, according to Facebook, these special glasses will be used by Facebook employees or contractors. Facebook further explains that the company will “…be asking people of diverse backgrounds to participate in the program to create an accurate and varied view of the world.”

So what exactly is Project Aria if it isn’t some new future product? Again, the project is all about collecting data on the real world and how the wearer sees and explores this world. The glasses will help Facebook regarding augmented reality development.

Facebook explains that “Sensors on the Project Aria research device will capture the wearer’s video and audio, as well as their eye tracking and location information.”  The glasses can store this information and then it can be used to discover “…how AR can work in the real world.”

Data from Project Aria also could help Facebook create Live Maps or 3D maps of the world. Facebook explains that augmented reality devices need to understand the real world around the user via a 3D map of spaces would be necessary. Ideally, an augmented reality device would change and update as data changes in the real world. So data would be updated when a business changes names. Facebook notes that Project Aria “… is testing out how this can work in practice.”

Facebook’s team of researchers aren’t undercover operatives! The members of the public will be able to identify them. Facebook explains that team members will wear clothing that makes them known as members of Project Aria; researchers also will wear lanyards with information about a website for consumers to visit about the project.

And the device—or glasses—won’t be secretly collecting data. Facebook explains that the glasses will show a white light when recording.

Will the Public Be Taped Without Consent?

Privacy is a big deal. Facebook has explained that team members for Project Aria will receive training on when it is and is NOT ok to record (like in a locker room). However, members of the public might not want to be recorded.

Facebook explains: “We’re also instructing all Project Aria research participants to comply with any requests from people in the near vicinity that they stop recording and/or delete relevant data.”

If information is gathered, will it go global? Will Facebook employees be scoping out Paris? Rome? Barcelona?

Project Aria is limited to the United States. Facebook is gathering information in Seattle and San Francisco (the Bay Area). Individuals living in these areas might see some Facebook researchers with glasses on!

Are Augmented Reality Glasses around the Corner?

While there is constant buzz about augmented reality glasses (especially related to Facebook), according to CNET, these glasses “…are years away.”  However, consumers who really want the next big thing from the social media giant might put new glasses on their wish list.

Facebook x Ray-Ban glasses are coming soon. What they look like and what features they may include, though, aren’t yet known. One piece of data is known…they won’t include augmented reality! Given the partnership with Ray-Ban, the new glasses may be pretty chic.

Currently, most consumers experience extended reality using a virtual reality headset. While Facebook’s Oculus headsets are fairly priced, the technology isn’t owned by everyone like a smartphone. Virtual reality is common, but is it fully mainstream? That might be up for debate.

Again, while the price point of some headsets are reasonable (especially for Oculus), some users might not favor the bulkiness of a headset. So the excitement surrounding glasses might be related to their sleeker look and lighter weight (one would assume they would be lighter).

The big question, though, might be what users experience with these glasses. Currently, augmented reality experiences are vast. Many are explored via smartphones. Museums use augmented reality features to enhance some exhibits. Augmented reality also lets consumers preview products in a room…or even on their faces (in the case of cosmetics!).

The app SkyView Lite lets users identify constellations in the sky. Could augmented reality glasses peer up at the sky and suddenly reveal data about the stars? Would these glasses download augmented reality apps or would this data be programmed?

Running away from zombies with the app Zombies, Run! could be amplified with augmented reality glasses. The runner wouldn’t have to pay attention to a phone. The glasses would allow the experience to happen seamlessly. The zombies would be part of the user’s line of vision, and perhaps this could enhance the fun of the run…and the game!

What about phone calls or meetings? Could glasses augment those experiences, too? Who knows, but Nissan’s Invisible to Visible technology will allow for avatars to appear in a car with the use of glasses.

When augmented reality glasses become a reality, imagine if avatars of friends and family appeared before our eyes during conversations. Or maybe augmented reality allows for video calls to take place in front of our eyes. No more staring at a screen to participate in virtual meetings!

Project Aria: A Melody of Possibilities

While Facebook researchers may be busy collecting data for Project Aria, the potential for this data could be far reaching in relation to augmented reality. Creating a 3D map of surroundings could allow for augmented reality to reach different aspects of our world and our daily experiences.

One day a simple pair of glasses could show the user information about the weather and maybe even warn them to take shelter from an impending storm. Getting lost might never happen. What if the user could enter data related to where they are going and the glasses help them find their way in a busy city. While augmented reality glasses from Facebook might be years away, their potential could be life-changing. And one day augmented reality glasses could be the next smartphone—yet another device we never knew we needed but now cannot live without!